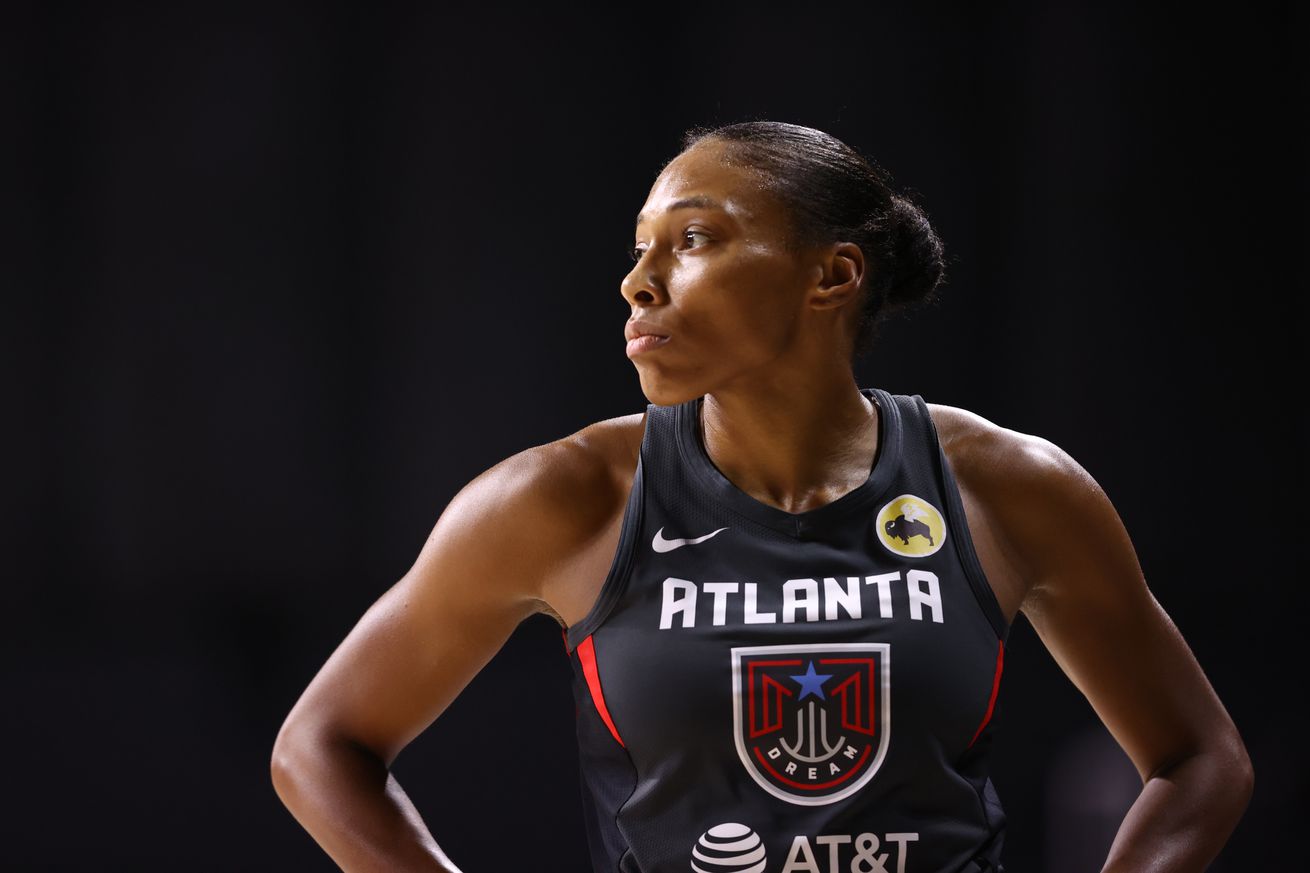 Betnijah Laney quickly established herself as one of Atlanta’s best players in her first season with the Dream. | Photo by Ned Dishman/NBAE via Getty Images

Atlanta Dream forward Betnijah Laney put up career-highs across the board, earning the 2020 WNBA Most Improved Player award in her fifth season in the league. The Rutgers product will be an unrestricted free agent this offseason.

The WNBA announced on Thursday that Atlanta Dream forward Betnijah Laney has been named the league’s Most Improved Player for the 2020 season. She received 25 of a possible 44 votes for the award, followed by Washington Mystics forward Myisha Hines-Allen, who received 21 votes. Las Vegas Aces guard/forward Angel McCoughtry received one vote.

Laney, who was signed by the Dream in late June after being waived by the Indiana Fever, has built a WNBA reputation as a hard-nosed, versatile perimeter defender — though it was her offense that took a leap in 2020. In 33.3 minutes per game in the 22-game season, Laney:

Join us in congratulating Betnijah Laney on earning the 2020 #WNBA Most Improved Player! pic.twitter.com/efGkUxMBqm

The Dream are Laney’s fourth team in five WNBA seasons — she did not play in the WNBA in 2017 after being waived by the Chicago Sky — and her 2020 campaign should make her a highly-coveted asset in the upcoming free agency period. According to Her Hoop Stats’ Richard Cohen, Laney will be an unrestricted free agent this offseason.

As a reward for being named 2020’s Most Improved Player, Laney will receive $5,150, as well as a specially designed trophy from Tiffany & Co.