WNBA Playoffs Round 2 Recap: Lynx advanced to the semis in a squeaker, Sun in a blowout 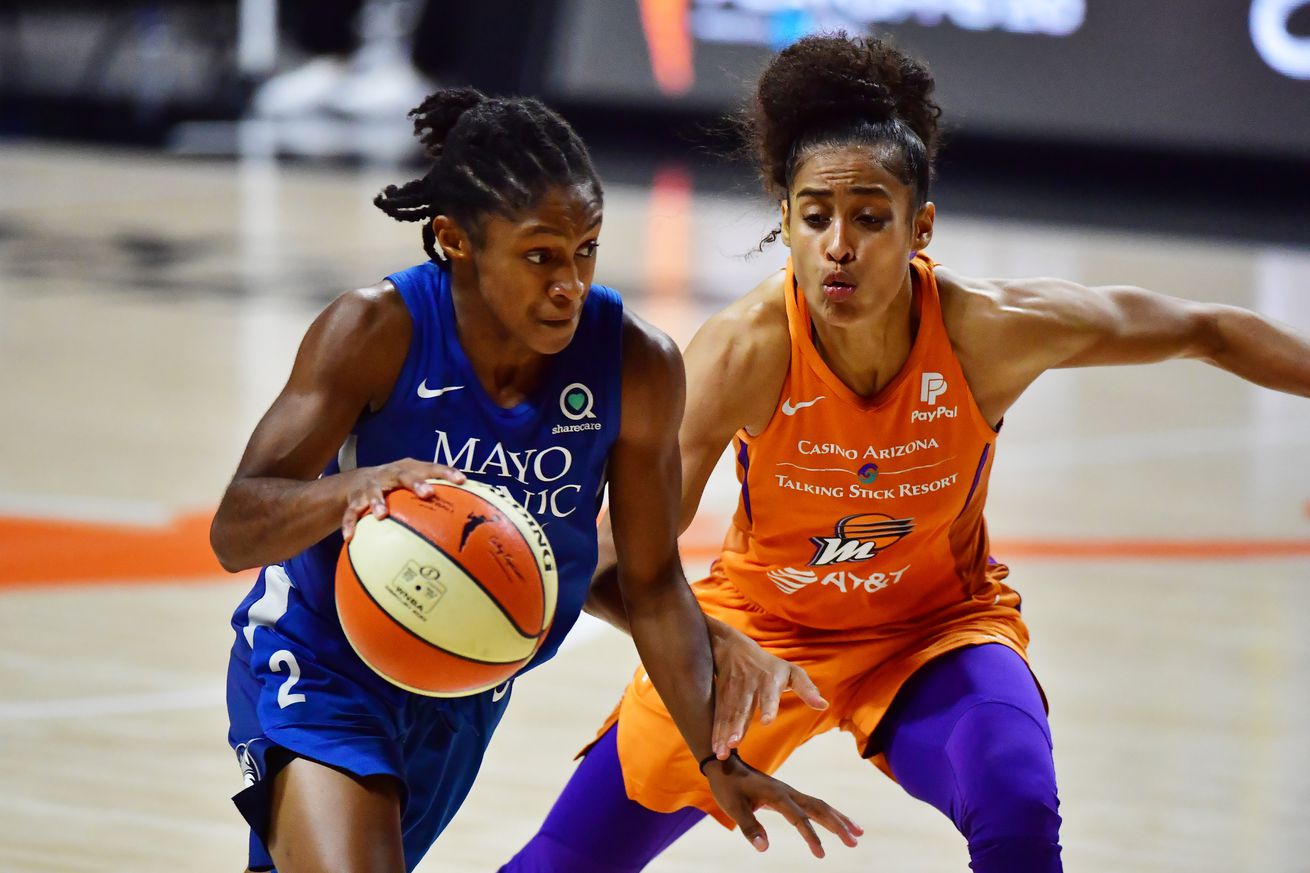 The 2020 WNBA Rookie of the Year Crystal Dangerfield (left) had a big second half to help the Minnesota Lynx advance. | Photo by Julio Aguilar/Getty Images

The Minnesota Lynx beat the Phoenix Mercury in a one possession game and the Connecticut Sun shocked the Los Angeles Sparks in a blowout during Round 2 of the WNBA Playoffs.

The No. 4 Minnesota Lynx outlasted the No. 5 Phoenix Mercury in a game that went down to the last possession while the No. 7 Connecticut Sun dominated the No. 3 Los Angeles Sparks in a surprising blowout win.

The Mercury controlled the game early but the Lynx prevented a runaway train. The Mercury suffered missteps late that prevented them from getting out of the single-elimination early rounds for the second straight year.

The Sun overcame an early deficit to build a double-digit first quarter lead, prevented the Sparks from getting into the game, to seal the upset.

The Mercury led by nine points at the half but the Lynx pushed back to tie the game when the fourth quarter arrived. The Lynx would build a lead as big as seven points in the quarter but the Mercury pushed the lead to one, 78-77.

An Odyssey Sims basket with two-and-half minutes in regulation pushed Minnesota’s lead to three points, where it stayed until a basket by Skylar Diggins-Smith with 35 seconds remaining cut the lead to one point.

Sims, with 14 points, was one of four Lynx players to score in double figures. Damiris Dantas, with 22 points, led the way. Crystal Dangerfield scored 15 of her 17 points in the second half on 6-of-10 shooting. Sylvia Fowles, who returned for the first time since suffering a calf injury on August 13, finished with six points and four rebounds in 18 minutes of play.

Diggins-Smith had a decent stat line of eight points, six assists, and four rebounds in spite of shooting 3-of-15 from the floor. Diana Taurasi led all scorers with 28 points and was 6-of-13 from beyond the arc.

The last two possessions of Phoenix’s season ended on a turnover and a 3-point shot under duress at the buzzer. The Lynx escaped with a win after Dantas missed two free throws with six seconds left.

Phoenix had a successful season as the backcourt pairing of Skylar Diggins-Smith and Diana Taurasi proved successful, but they missed Brittney Griner down the stretch. Going forward, the franchise has to plan for life after Taurasi. As they transition, a change at the head coaching position might be a direction to consider for returning the franchise to its status as a postseason threat.

The Lynx will face the Seattle Storm in the WNBA Semifinals for a five-game series beginning Sunday, September 20, at 3 p.m, ET. The Lynx return to the semifinals after a two-year absence — having lost in the first round in consecutive years.

The Sun surprised the WNBA world with a big win over the Sparks after the latter swept the regular-season series with the Sun.

Connecticut entered the game having averaged 5.9 shots per contest from beyond the arc but made nine in Thursday night’s win. The Sun also were able to get everyone involved — all five starters finished with double-figure scoring. Additionally, Connecticut generated 11 more shots from the floor than the Sparks and made seven of them.

Alyssa Thomas led the Sun with 19 points and DeWanna Bonner had a double-double with 17 points and 13 rebounds.

Another one for DeWanna Bonner

The Sparks were flat-out cold, shooting 33 percent from the floor and going 2-of-18 from beyond the arc with just two players finding double-figure scoring. Candace Parker scored a game-high 22 points and recorded 14 rebounds and Seimone Augustus scored 10 points.

The Sparks go into the offseason with a lot of questions and decisions to make on seven unrestricted free agents. In a non-COVID-19 world, the Sparks may have been a different team with Kristi Toliver and Chiney Ogwumike available.

The Sun, meanwhile, return to the WNBA Semifinals for the second straight year to face the top-seeded team. The finished the the runner-up to the Washington Mystics last year. On Sunday (1 p.m. ET), they tip off a five-game series against the Las Vegas Aces.