WNBA Semifinals Recap: No. 1 Aces and No. 2 Storm fended off worthy opponents 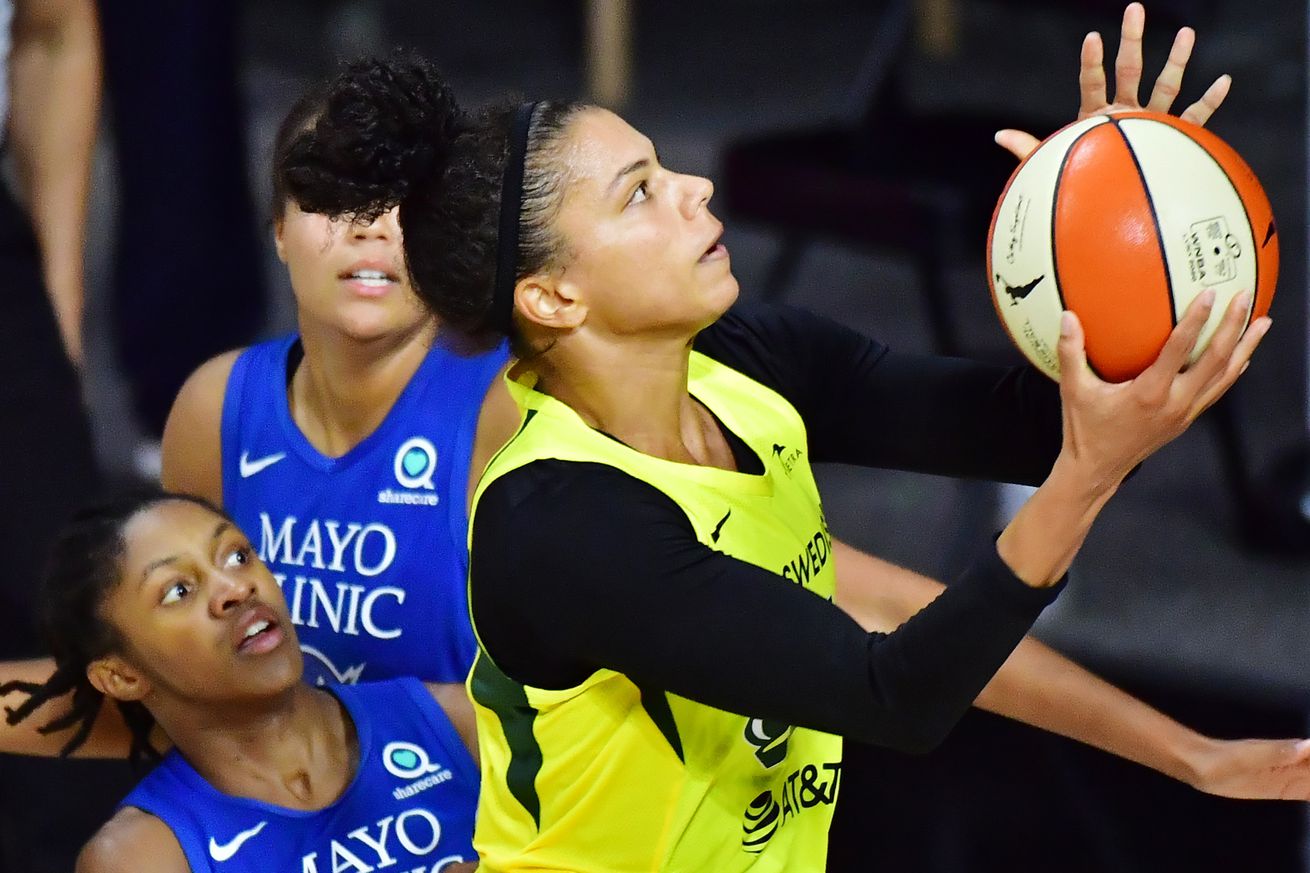 Seattle Storm guard Alysha Clark was the heroine on Tuesday night with a last-second put-back layup that gave her team the edge in Game 1 against the Minnesota Lynx. In the other series, A’ja Wilson put the Las Vegas Aces on her back and made key plays down the stretch to even the team’s series against the Connecticut Sun at 1-1.

With a buzzer-beating finish following a gutsy performance by the league MVP, WNBA fans couldn’t have asked for much more in WNBA Semifinals action on Tuesday night.

Usually an unsung heroine, Alysha Clark came up clutch to help the No. 2 Seattle Storm avoid an upset in Game 1 of their semifinal series against the No. 4 Minnesota Lynx. On the other side of the bracket, A’ja Wilson dominated the final minute of competition to save the No. 1 Las Vegas Aces from a 2-0 series deficit.

The top two seeds walked away from Feld Entertainment Center at IMG Academy in Bradenton, Florida, with wins. However, the close margins of victory suggest the No. 7 Connecticut Sun and No. 4 Minnesota Lynx are far from finished.

Two days after Game 1 was postponed due to inconclusive COVID-19 tests on multiple Storm players, Alysha Clark made a layup at the buzzer to lift the Storm to victory over the Lynx. The play began with Storm guard Sami Whitcomb receiving a pass from Breanna Stewart and driving to the front of the rim before missing a layup. Clark never gave up on the play and secured the offensive rebound before winning the game for her team.

Clark had a decent game even before the final shot and finished with 12 points, six rebounds and a 2-of-4 effort from 3-point land. Jewell Loyd led Seattle in scoring with 25 points while Stewart notched a 21-point, 10-rebound double-double. Sue Bird was good for 11 points and a game-high eight assists.

Napheesa Collier matched Loyd in scoring and also contributed nine rebounds and six blocks but it wasn’t enough to get the Lynx the win.

The Storm made 13 threes at a 50-percent clip and the Lynx made 14 on 45.2-percent distance shooting. Everyone in Seattle’s starting lineup made at least two triples with Loyd going 4-of-5. Collier went 4-of-5 as well, Bridget Carleton was 4-of-7 and Dantas was 3-of-6.

Aces forward/center A’ja Wilson finished a game in which she played her heart out with an exclamation mark. The fact that she missed the free throw on her second and-1 opportunity in the final 1:03 is merely a technicality. She did an incredible job fighting through contact on those two plays, which took the score from 75-75 to 80-75.

Sixth Woman of the Year Dearica Hamby cleaned up the missed free throw to make it an 82-75 game with 26.8 seconds to go.

Wilson scored a game-high 29 points and tied a career-high seven blocks. It was exactly the type of performance the Aces needed from the league’s Most Valuable Player after they were blown out by the Sun in Game 1.

With Alyssa Thomas going down with a shoulder injury in the first quarter, DeWanna Bonner was called upon to play the entire 40 minutes, a task usually reserved for Thomas. Bonner scored 23 points but wasn’t all that dominant considering her 10-of-26 effort from the field.

Bonner went 3-of-12 from distance while the Aces reduced their 3-point shots from 14 in Game 1 to four in Game 2. Vegas was 0-of-4 from downtown, but that’s fine with them since they made 14 more free throws than Connecticut and got the win. The Aces were also plus-5 in turnover margin.

Thomas left the Feld Entertainment Center for medical attention but returned to the sidelines in the fourth quarter. She already has torn labra in both of her shoulders and was seen with her right arm in a sling. Connecticut needs her back on the court to increase their chances of winning the series. But without her they still gave the Aces a run for their money.

The Storm and Lynx will play their Game 2 on Thursday at 7:30 p.m. ET. Game 3 between the Aces and Sun will take place immediately afterwards at 9:30 p.m. ET. Both games will be broadcast on ESPN2.