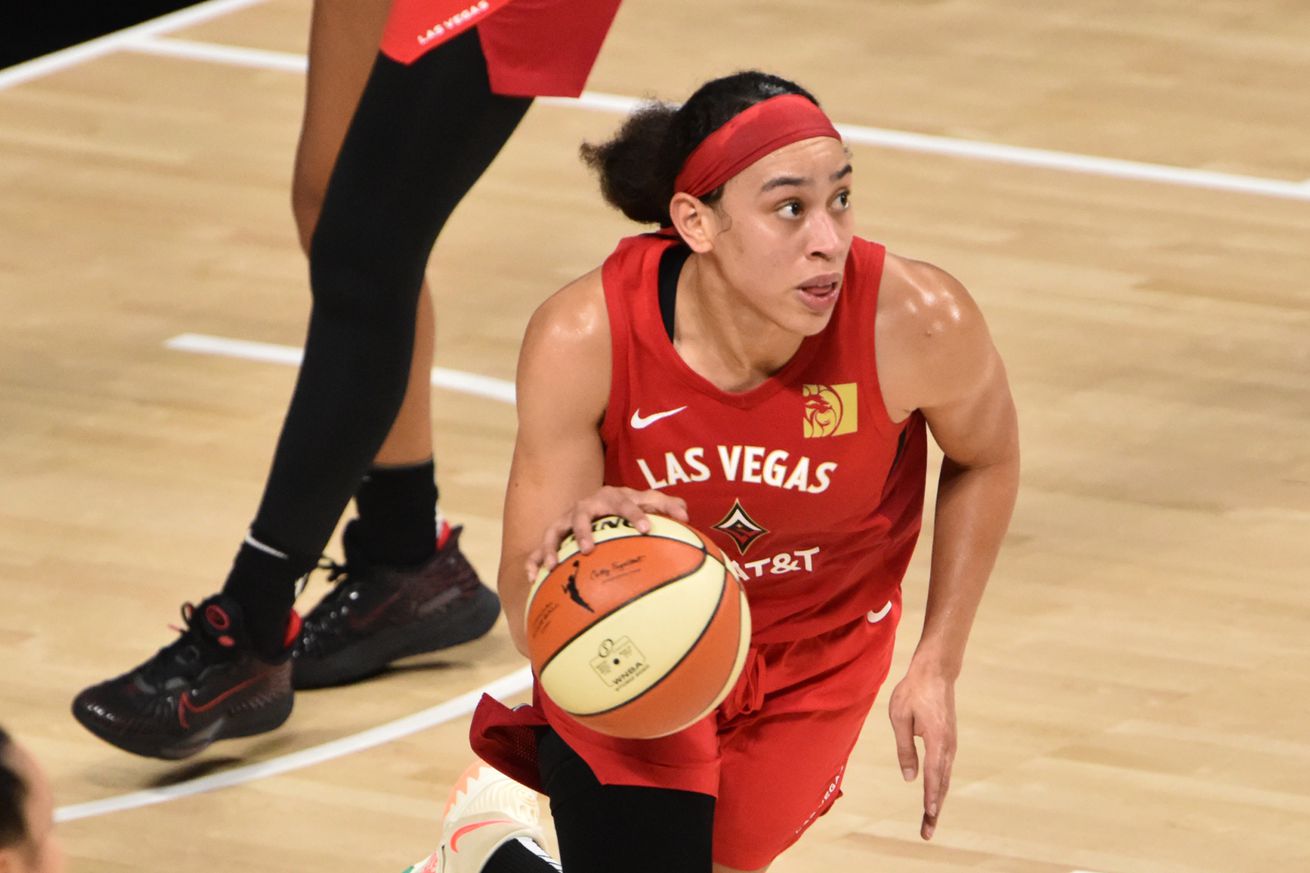 Dearica Hamby of the Las Vegas Aces continued her dominant play off the bench to capture her second-straight Sixth Woman of the Year award.

The WNBA announced on Sunday that Dearica Hamby has been named Sixth Woman of the Year for the second-consecutive season.

Many thought the Las Vegas Aces forward — coming off a phenomenal Sixth Woman season in 2019 — would start in 2020, especially with Liz Cambage and Kelsey Plum missing the season. Instead, head coach Bill Laimbeer brought her off the bench again and the Aces finished as the league’s top seed behind an 18-4 record.

Hamby again put up stellar offensive stats and made a huge impact on defense as well.

The Big Guard does it again! @dearicamarie has earned @WNBA Sixth Woman of the Year! Aces fans, join us in congratulating Dearica.#ALLIN ♦️♠️ pic.twitter.com/m9s7GkhVy6

Hamby received 44 of 47 votes. Riquna Williams of the Los Angeles Sparks received two and Bria Hartley of the Phoenix Mercury received one.

In honor of her Sixth Woman of the Year season, Wilson will receive $5,150 and a trophy designed by Tiffany & Co.