Wubble doc: ‘It was the ultimate service opportunity’ 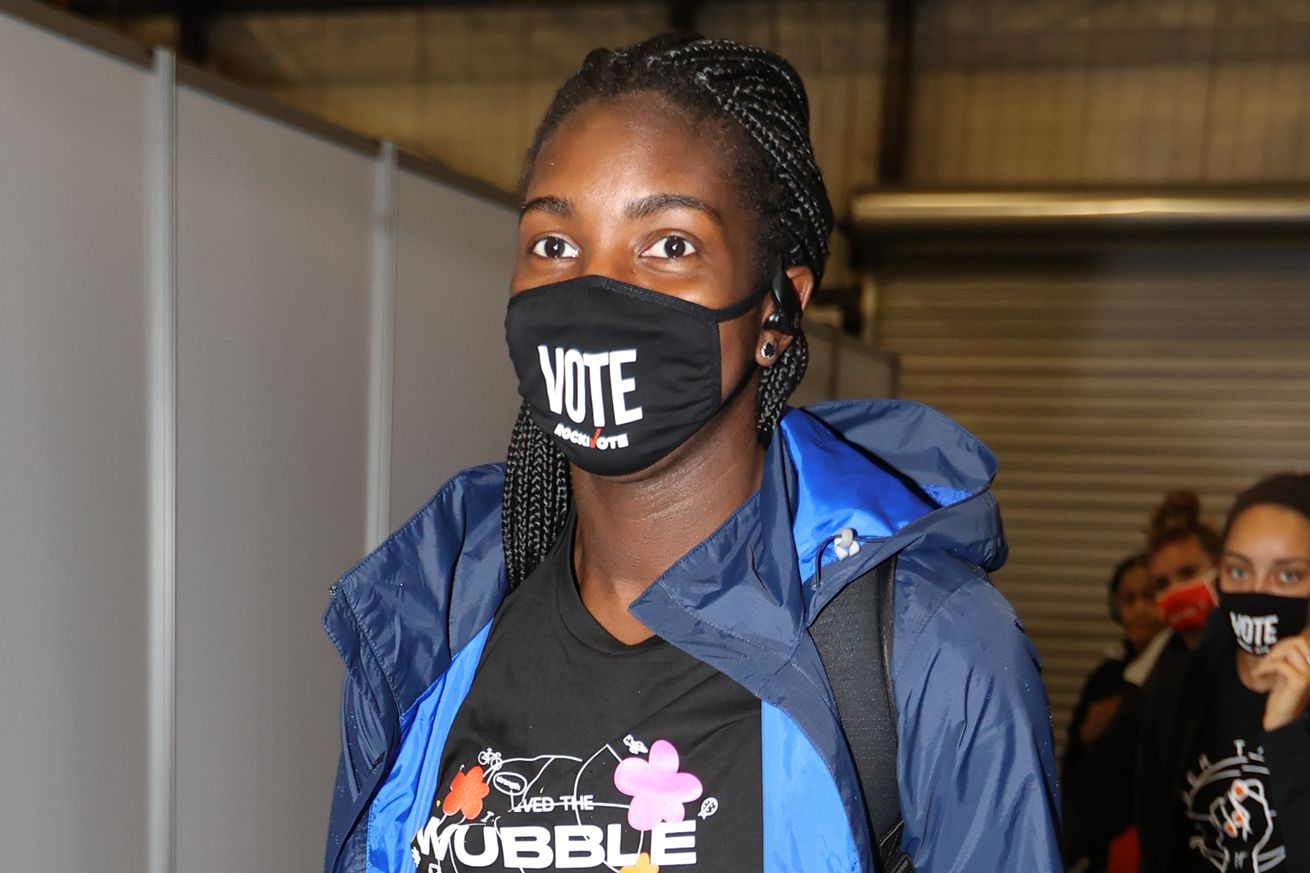 Elizabeth Williams, a member of the 2020 WNBA All-Defensive team, conducted an important interview with Dr. Ashley Austin on Tuesday. | Photo by Stephen Gosling/NBAE via Getty Images

Dr. Ashley Austin, who played basketball in college for the Evansville Purple Aces and is currently the team doctor for the University of Washington’s women’s basketball team, spoke with the Atlanta Dream’s Elizabeth Williams on Tuesday via Instagram about her time as a physician in the WNBA’s Bradenton, Florida, bubble.

As scientists work to develop a vaccine for the coronavirus, Atlanta Dream center Elizabeth Williams has been conducting interviews with doctors on Instagram Live in a series called “E Talks With Docs.”

On Tuesday, Williams spoke with Ashley Austin, MD — a former college basketball player at the University of Evansville and the current team doctor for the University of Washington Huskies women’s basketball team — who was a physician inside the IMG Academy bubble in Bradenton, Florida, for the 2020 WNBA season.

Changing the narrative around black women in Sports Medicine Check out my chat with Dr. Austin. Thanks again @avaustinmd

“The bubble was an amazing opportunity,” Austin said. “Taking care of women’s basketball players and taking care of people that I look up to, some of my peers. I mean some of the people there, we were in college at the same time, we were playing against each other.”

“It’s a population of people that are very diverse,” Austin added. “It’s a population that has a footprint in social justice work and they’re doing such amazing things on the court and in their community. Very admirable people. So it was the ultimate service opportunity for me.”

Austin also discussed the challenge of staying on the same page with 12 different athletic trainers, operating during a condensed season and trying to keep all the players healthy not just during the WNBA season but also for their overseas transition after it.

Toward the end of the interview, Williams brought up the recent news coming from Pfizer and BionNTech regarding their potential vaccine for the coronavirus:

Vaccine candidate was found to be more than 90% effective in preventing COVID-19 in participants without evidence of prior SARS-CoV-2 infection in the first interim efficacy analysis.

Austin stressed that she is not an infectious disease expert, but talked about how the world is learning more about COVID-19 every day and said the next question is going to be whether the coronavirus transforms like the flu does.

“Ninety-percent efficacy is amazing,” Austin said. “But will COVID transform? And then are we looking at needing to develop another vaccine for another strand of COVID.”