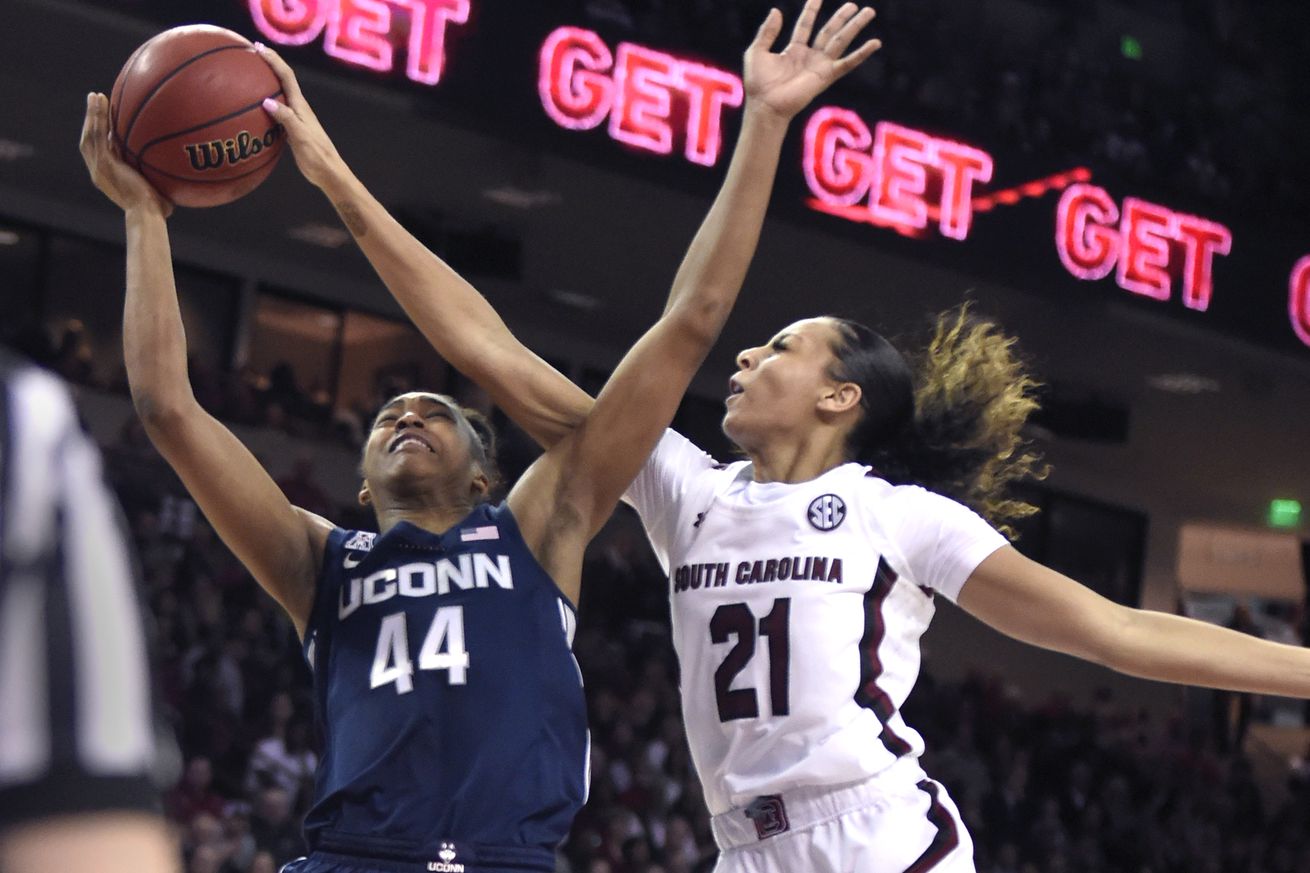 A lot has happened in Division I women’s basketball in the five weeks since the NCAA committee announced its presumptive Top 16 seeds. Tonight, during halftime of UConn-South Florida, the new list of Top 16 seeds was revealed, according to regions.

Five weeks ago, the NCAA selection committee announced the Top 16 seeds, and the list presented few surprises. Since that time, the programs in the AP Poll’s top three held tightly to their positions: No. 1 South Carolina Gamecocks, powered by the top recruiting class in the nation; No. 2 Baylor Lady Bears, hopeful to defend their 2019 title; and No. 3 Oregon Ducks, media darlings of the 2019-20 NCAAW season.

The prior seedings were announced during halftime of the Ducks’ Feb. 3 matchup with the Huskies on the road, which Oregon won in commanding fashion: a 74-56 blowout. UConn bounced back with an American Athletic Conference win against Memphis, and proceeded to win out in conference play. Yet, on Feb. 10, South Carolina handled UConn in a 70-52 blowout at home.

The Huskies slid in the AP Poll and enter tonight’s announcement ranked fifth, behind the No. 4 Louisville Cardinals.

So, while things at the top are a bit different than last season, so, too, is there change throughout the AP Poll, which certainly influenced the committee’s decisions.

The once-promising Texas A&M Aggies fell into inconsistency in recent weeks when sharpshooter Chennedy Carter went out with an injury. The inconsistency remained even after she returned to the lineup, with the Aggies losing four of their final eight regular-season games, including two defeats to unranked teams (LSU, Alabama). Making matters worse for the Aggies is that they ended their season on down note, losing their final game to the Gamecocks on Sunday, March 1, something that must have been fresh in the committee members’ minds.

On Monday, the Aggies dropped three spots to No. 15.

On the West coast, the Arizona Wildcats were proving to be a threat against Oregon and Oregon State in the Pac-12. But they lost two of their last three games — the win coming against then-No. 4 Stanford and the losses being to unranked Cal and Colorado. The one-point loss to Cal was on Sunday, March 1, even with team leading scorer Aari McDonald back from injury.

Here are the top 16 seeds (with overall record as of March 1), according to regional breakdown: