Aces’ No. 1 offseason goal: Do well in free agency 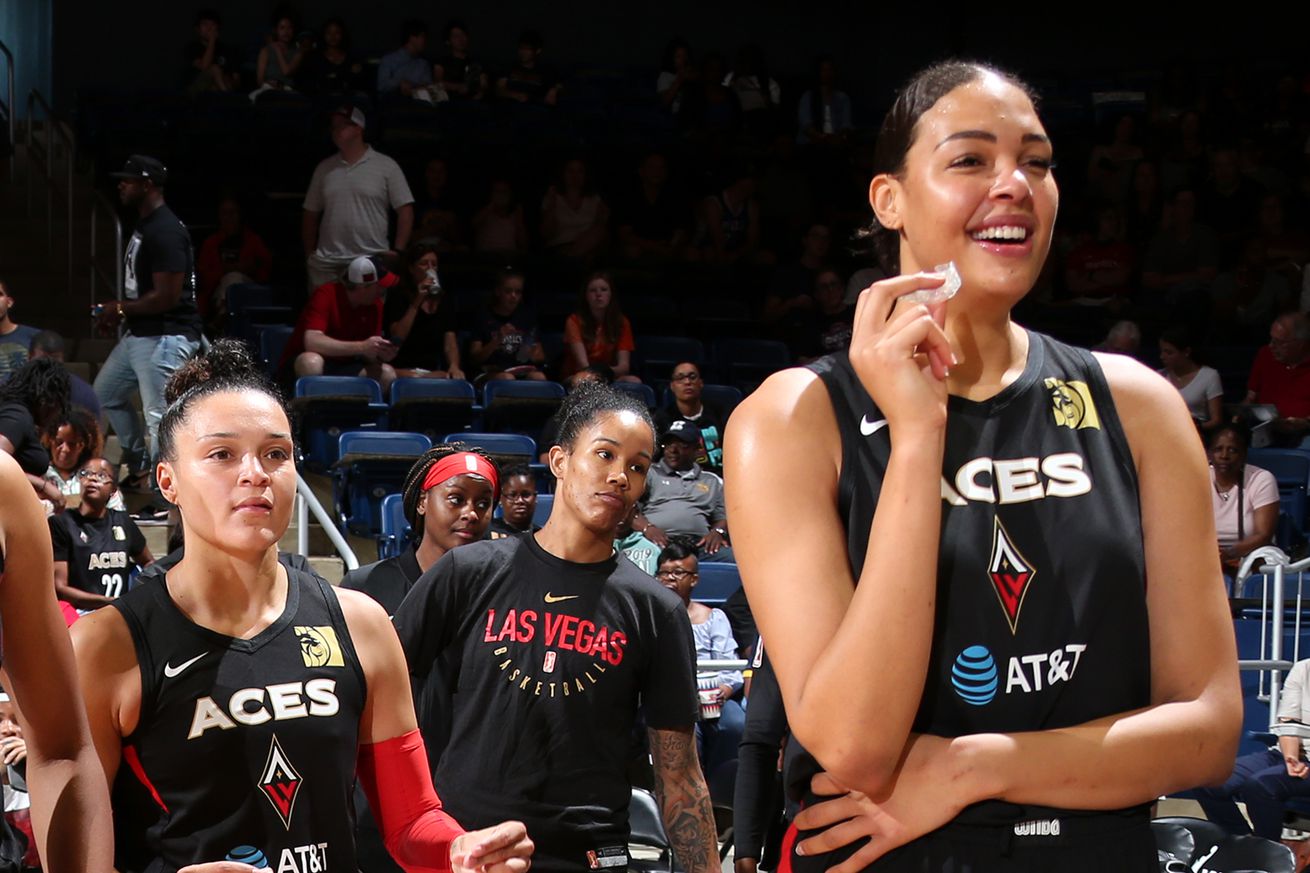 Unrestricted free agents Liz Cambage (far right) and Kayla McBride (far left) would give the Aces a stacked roster if they both return. | Photo by Ned Dishman/NBAE via Getty Images

The Las Vegas Aces will have six players under contract when free agency starts. Will Liz Cambage and Kayla McBride still be a part of their core group? Will they make any big changes to their bench?

After a thrilling and unprecedented bubble season in 2020, Swish Appeal has decided to examine what each WNBA team needs the most heading into what will hopefully be a more normal 2021 season. Here’s a look at what the Las Vegas Aces need to do this offseason:

The Las Vegas Aces entered the 2020 season without their starting point guard, Kelsey Plum, and their starting center, Liz Cambage. Yet, the Aces went 18-4 and were the No. 1 seed in the playoffs. They escaped the Connecticut Sun following a grueling five-game semifinal series but were dispatched quickly by the Seattle Storm in a 3-0 sweep in the WNBA Finals.

On the court, the Aces have an established identity that results in a lot of two-point shots. Yet, they were second in offensive rating in 2020. Defensively, the Aces were stingy, giving up just 80.1 points per game, which was good for third-best in the league. In the regular season, the Aces and Storm seemed well matched but a knee injury to Dearica Hamby limited the Aces on defense and it showed throughout the Finals.

In 2019, the Aces were quite good with the addition of Cambage. They were then able to withstand her absence in 2020 thanks to the signing of Angel McCoughtry. A frontline of McCoughtry, Wilson, and Cambage should scare the rest of the WNBA. Kayla McBride has seen her role within the offense change as Las Vegas has added offensive weapons over recent seasons. However, she adds some much welcomed 3-point shooting.

Could the Aces look outside Cambage and McBride? It is unlikely but, where could they look? Frontcourt players Natasha Howard, Emma Meesseman, and Cheyenne Parker will be unrestricted free agents. Backcourt players Jasmine Thomas, Essence Carson, Chelsea Gray, and Riquna Williams will also be available.

Then the question becomes how do the Aces fill out their bench? Swords, a center, tried to retire after the 2019 season but was needed to fill in for Cambage. She will likely re-enter retirement. Robinson got regular minutes and Rodgers showed flashes of good moments all year. Allen started all year in place of Plum but only played 13.5 minutes per contest.

The Aces have a lot of decisions to make this offseason and, as a franchise in a championship window, each signing will be important to getting them back to the Finals.