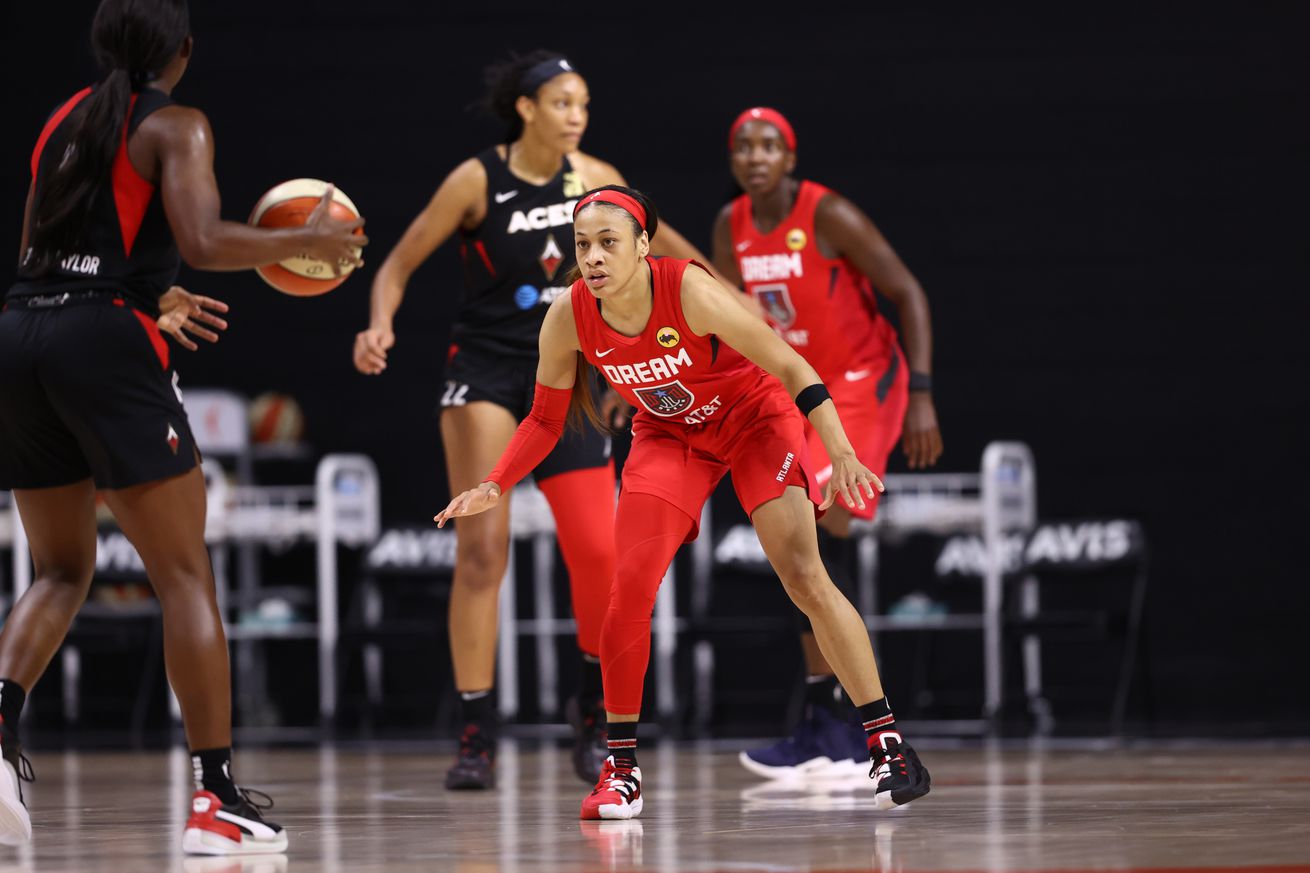 With Chennedy Carter’s offense likely to be the focal point for the Atlanta Dream moving forward, the team needs their two All-Defensive honorees, Betnijah Laney and Elizabeth Williams, to translate their individual successes into better all-around team defense.

After a thrilling and unprecedented bubble season in 2020, Swish Appeal has decided to examine what each WNBA team needs the most heading into what will hopefully a more normal 2021 WNBA season. Going in alphabetical order, here’s a look at what the Atlanta Dream need to do this offseason:

The Dream were 11th in both offensive rating and points allowed in 2020, so they need to improve on both sides of the ball. Yet, in spite of having two players named to the All-Defensive First Team — Betnijah Laney and Elizabeth Williams — they need to improve more on the defensive side.

It is going to take more than two players to make a great defense, but Laney and Williams can provide leadership and help others improve.

Laney notched 1.6 steals per contest in 2020 but needs help on the perimeter to limit the number of 3-pointers allowed. Tiffany Hayes, who opted out of the 2020 season, is a former All-Defensive player whose return could help in that department. But the Dream should focus on re-signing Laney, who is going to be an unrestricted free agent, and getting Hayes back into game shape so that she can be at her best on the defensive end.

Williams, meanwhile, was one of the best players in the league in 2020 when it came to good defensive plays that don’t show up in the stat sheet. Her defensive fundamentals are superb and she made some great stops in addition to the 1.4 blocks she averaged per game.

Atlanta could use some height in the post to help Williams, who is only 6’3” and overachieves in the block column.

The Dream’s two tallest players, 6-foot-9 sophomore Kalani Brown and 6-foot-5 rookie Brittany Brewer, did not get much playing time in 2020. Brewer averaged 0.8 block in just 6.6 minutes per game but only appeared in five games.

Atlanta is more invested in Brown, a prolific scorer at Baylor and the No. 7 overall pick in 2019. More offensive production from her is what the team seeks but, if the 6-foot-7 center can improve on defense too, the Dream could become a feared defensive power.

As far as shooting percentages, Atlanta was in the middle of the pack in 2020 and ranked third in the league in offensive rebounds. On defense, however, the team was in the bottom half of the league in most statistical categories, including:

The one bright spot was their fifth-spot ranking in blocks.

No. 4 overall pick Chennedy Carter had a great rookie season and is expected to become an offensive powerhouse and the new face of the Dream franchise. But she and many of her teammates need to improve on the defensive end for her to truly shine.