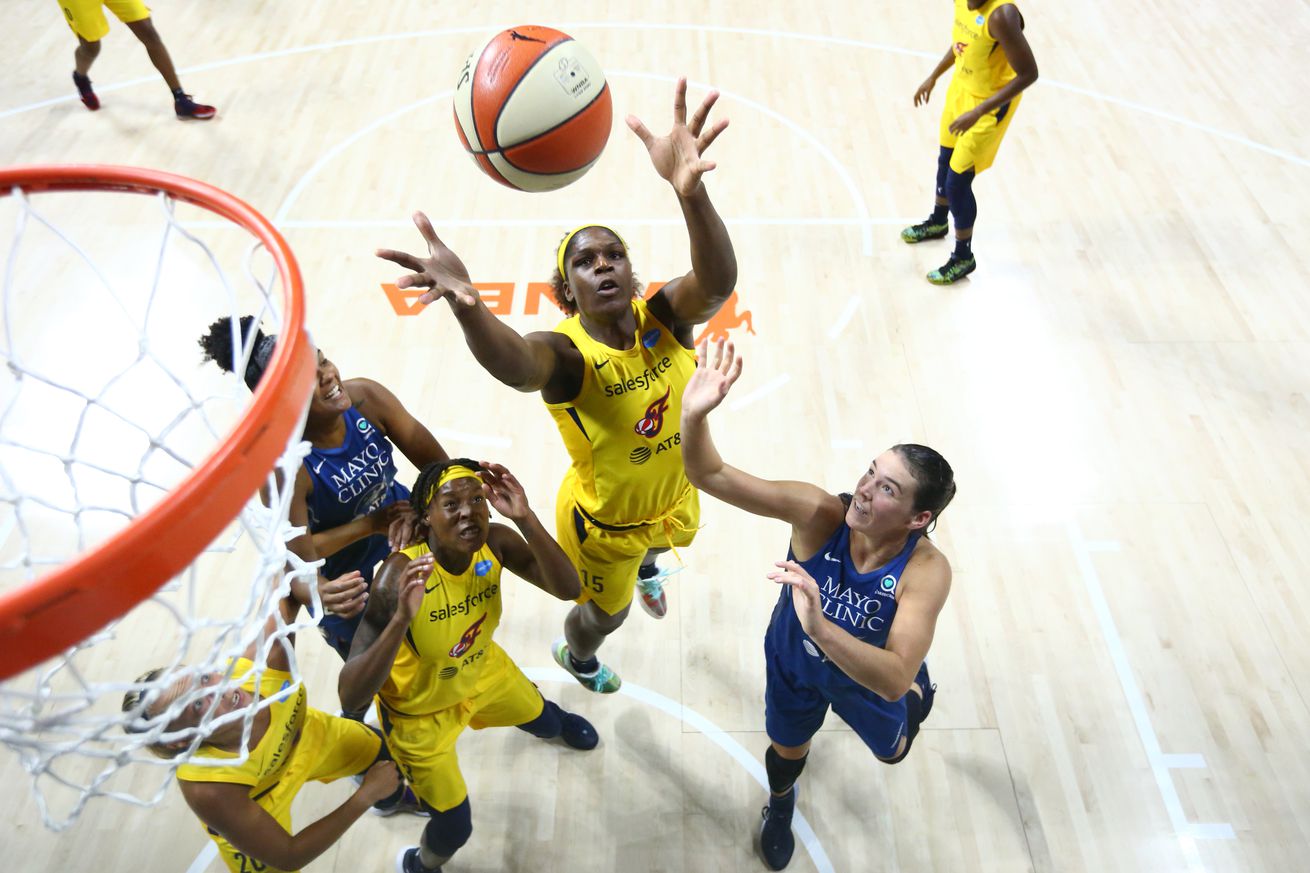 Teaira McCowan (center) will look to improve upon the 4.2 defensive rebounds she averaged in 2020. She averaged 7.9 per game as a junior at Mississippi State. | Photo by Stephen Gosling/NBAE via Getty Images

The Indiana Fever were the worst defensive team in the WNBA based on points allowed and opponent field-goal percentage. As they continue to rebuild under Marianne Stanley, Indiana must coax more defense from its young core of Teaira McCowan, Kelsey Mitchell and Julie Allemand as well as Erica Wheeler.

After a thrilling and unprecedented bubble season in 2020, Swish Appeal has decided to examine what each WNBA team needs the most heading into what will hopefully be a more normal 2021 WNBA season. Here’s a look at what the Indiana Fever need to do this offseason:

When your team is dead last in turnovers forced, you need some youthful energy to get you going.

The Indiana Fever’s Julie Allemand is hoping to provide her team with just that in 2021 after a rookie season where she oftentimes was the team’s best defender.

The Fever were the second-worst team in the league with a 6-16 record in the shortened 2020 season. You would expect there to be deficiencies somewhere, and there were plenty on the defensive end:

The bright spots for Indiana included:

Allemand was a big reason the team’s 3-point percentage was decent. She shot 47.8 percent from downtown —good for second in the league. After making a surprise appearance on the All-Rookie Team, Allemand now needs to step up on defense more than she already has.

The Fever, Wings, Sky and Liberty were the four WNBA teams who were not represented on the All-Defensive teams this year. Indiana may not have a truly elite defender on its roster yet, but Allemand is only going to improve in 2021. She has endurance too — she led the team in minutes per game with 32.5 despite ranking fifth in scoring with 8.5 points per game.

Another thing to keep in mind is that for all of the 2020 season, Indiana was missing starting point guard Erica Wheeler, who was sidelined by a positive COVID-19 test and lasting symptoms that thwarted her entry into the bubble.

Wheeler, who will be an unrestricted free agent this offseason, was the MVP of the 2019 All-Star Game and averaged 1.2 steals per game that season — just above Allemand’s 1.1 in 2020. Wheeler also averaged 1.4 steals in 2017. Getting her back would help the team’s defense because, like Allemand, Wheeler is not short on energy.

The only problem would be figuring out a way to get both Wheeler and Allemand sufficient playing time because both are point guards.

The Fever’s 6-foot-7 center, Teaira McCowan, was expected to have a breakout year in 2020 but she averaged just 21 minutes per game and her defensive rebounding average went down from 5.8 in 2019 to 4.2.