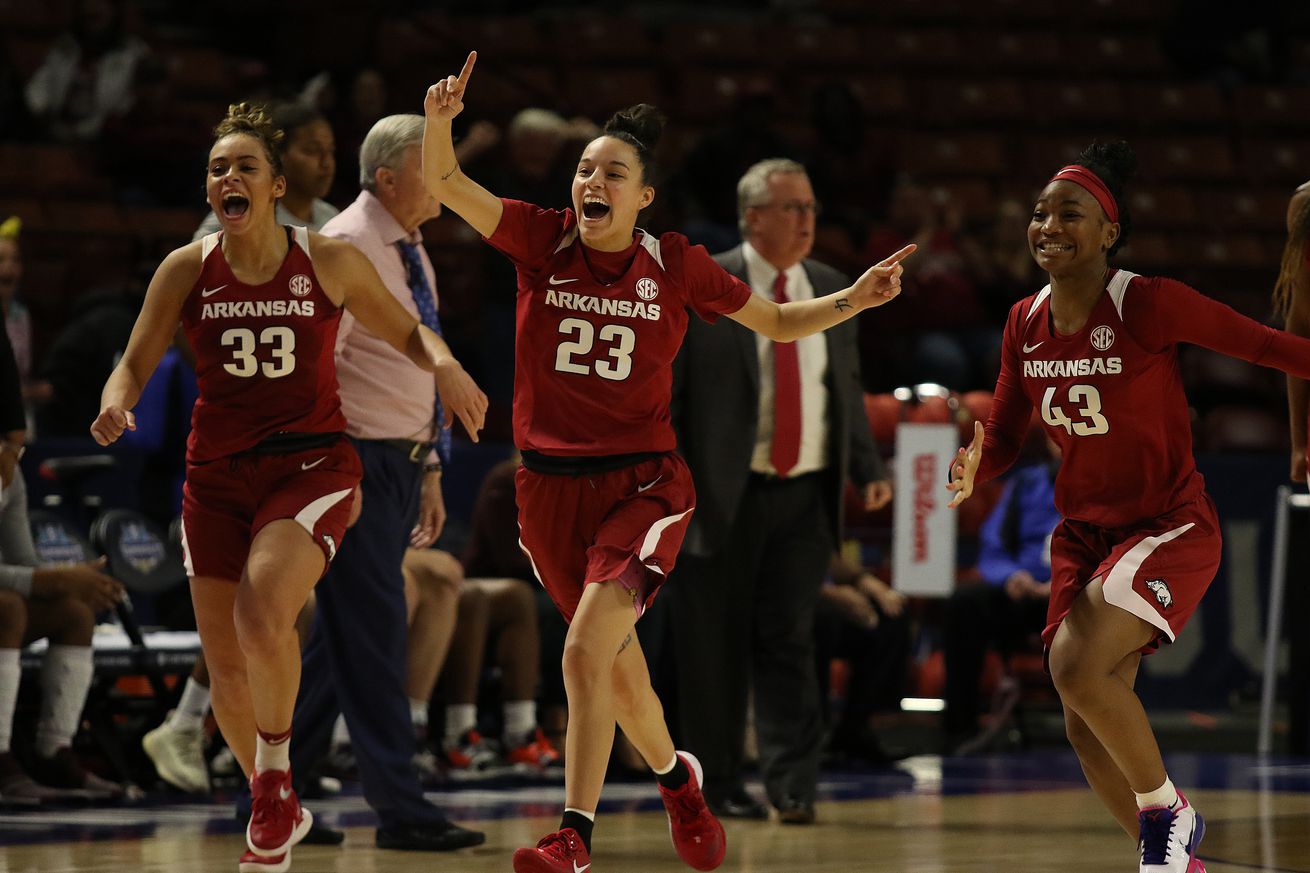 The Arkansas Razorbacks secured their best season since 2003, finishing third in the final SEC standings with a 24-8 record. Yet with their explosive, high-scoring offensive, the Hogs could have reached even greater heights.

The 2019-20 Arkansas Razorbacks had an undoubtedly successful season.

After completing the regular season 23-7 — good for third in the SEC standings — the Razorbacks advanced to the semifinals of the SEC Tournament before falling to the South Carolina Gamecocks. Finishing 24-8 overall, the Hogs ended the season ranked in the AP poll’s Top 25 for the first time since 2003.

For the First Time since 2003, The Hogs Finish The Season #SideBySide pic.twitter.com/G9vM3ZRf5V

But it still feels like Arkansas could have achieved more.

Entering the season, the Hogs were considered outside contenders for the conference championship.

South Carolina, of course, emerged as the class of the SEC. However, Arkansas struggled to prove that it clearly belonged in the tier just below the Gamecocks.

While their season included several standout performances, from a 103-85 victory over the Kentucky Wildcats to a thrilling comeback win over the Texas A&M Aggies in the SEC Tournament, the Hogs suffered one too many letdown losses, low-lighted by a home loss to the Georgia Lady Bulldogs.

Breaking the Record From @yungram_ With That In The Gym Range #SideBySide pic.twitter.com/Vaf5cSZqOF

Yet the Razorbacks still had to fight for their place in the Top 25.

The unfinished season, thus, should sting for the Razorbacks. In the NCAA Tournament, they could have approached their potential, proving that they could hang with the nation’s best.

Nevertheless, the Razorbacks should be proud of all they achieved. Both Tolefree and and Dungee earned All-SEC Honors. Tolefree also was a regional finalist for the WBCA All-American Team.

Next season, head coach Mike Neighbors’ Hogs should be expected level up, becoming a consistent, Top 20 threat. Although Tolefree will be missed, Dungee and Ramirez will still form a dangerous scoring duo, supported by solid returnees in rising senior Taylah Thomas and rising sophomore Makayla Daniels.