Preview: Storm and Sun put winning streaks on the line 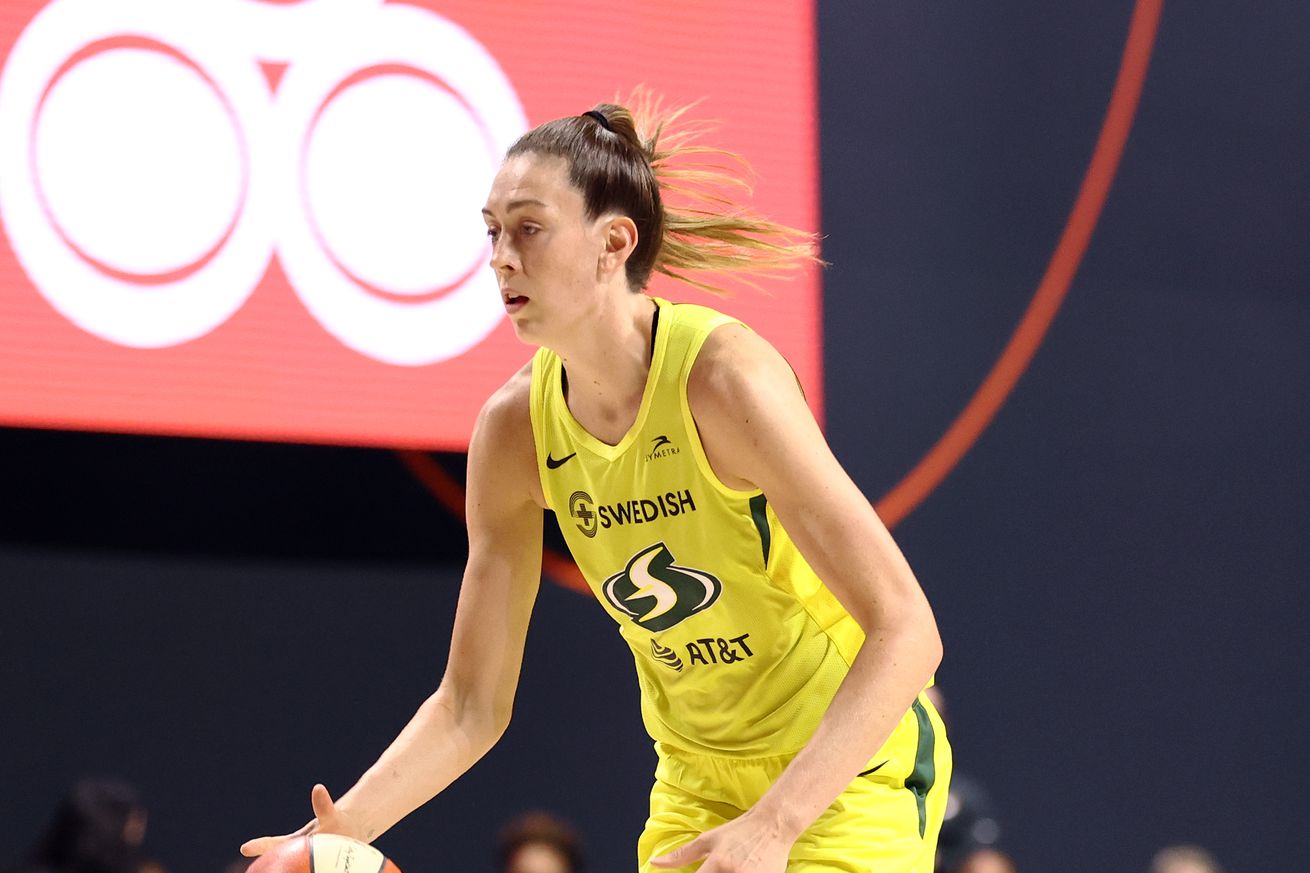 Breanna Stewart has been just as great — if not better — than she was in 2018. | Photo by Ned Dishman/NBAE via Getty Images

The Seattle Storm and their seven-game win streak will take on the Connecticut Sun, who have won their last three games after a slow start.

The Seattle Storm and the Connecticut Sun put their respective win streaks of seven and three games on the line in this Sunday afternoon matchup. The Storm have been on top of their game since the season started while the Sun have gone 4-1 after an 0-5 start.

The Storm easily beat the Sun earlier in the season. In that meeting, DeWanna Bonner scored just five points on 2-of-9 shooting. Nearly half of the Sun’s offensive production came from post players Alyssa Thomas and Brionna Jones. If the Sun are able to get Bonner going early, they could find success against the Storm.

For the Storm, Sue Bird was out due to injury. In the two games Bird has played in her return, Bird has scored a total of 16 points with 12 assists to just one turnover. Natasha Howard has also seen a decline in play to start the season, averaging just 4.7 points per contest. Despite the decline in play by Bird and Howard, the Storm are first in the league in offensive and defensive ratings, showing their dominance.

The Phoenix Mercury have looked great on offense, eclipsing 90 points in six of their 10 games, going 5-1 in such games. However, the Mercury do give up a lot of points — just under 85 per game. The Mercury have scorers all over the floor with four players averaging 15 or more points.

The Wings have yet to beat a team that has a winning record this season. This is due to poor offense and inconsistent defense. The Wings have failed to score 80 points in seven of their ten games while surrendering 82.9 points on average.

In their previous matchup, the Mercury were without Diana Taurasi, but 48 combined points from Skylar Diggins-Smith and Brittney Griner was able to overpower the Wings. Dallas will need to dig deep as it appears severely outmatched on paper.

The Sky are fourth in the league in scoring with 85.5 points per contest but are second to last in turnovers with 17.4. Giving the other team extra possessions is not a recipe for winning basketball and the Sky will need to clean up their play if they want to continue to have success.

The Dream have dropped their last seven games and it has come down to their ability defend well. The Dream have allowed at least 90 points in of five of those seven games and have allowed opponents to shoot 47 percent from the floor during their losing streak. Both teams are the last two in opponent’s 3-point shooting percentage which could play a big factor in the outcome.

Key to the matchup: Shooting percentages should tell the story. If the Mercury are below 45 percent and the Wings are above 40 percent, the Wings could be in a position to win. Both teams will be looking to outscore each other versus stopping each other on defense and execution on offense will be critical to both teams’ success.

Key to the matchup: Breanna Stewart vs. DeWanna Bonner. Bonner scored just five points in the Sun’s first meeting with the Storm. Stewart has scored 15 or more points in nine of the Storm’s 10 games. The battle between these two should have a deciding impact on the game.

How to watch: Fox Sports Southeast – Atlanta, The U

Key to the matchup: The Sky have been shooting poorly from beyond the arc recently — 27.9 percent over their last four games. Over the same span, the Dream have allowed opponents to shoot 47.1 percent from deep. The teams will have to hope these trends reverse themselves going forward. Watching the 3-point shooting for both teams should give the viewer some insight into which team is accomplishing that goal.