10 freshmen to watch this NCAAW season 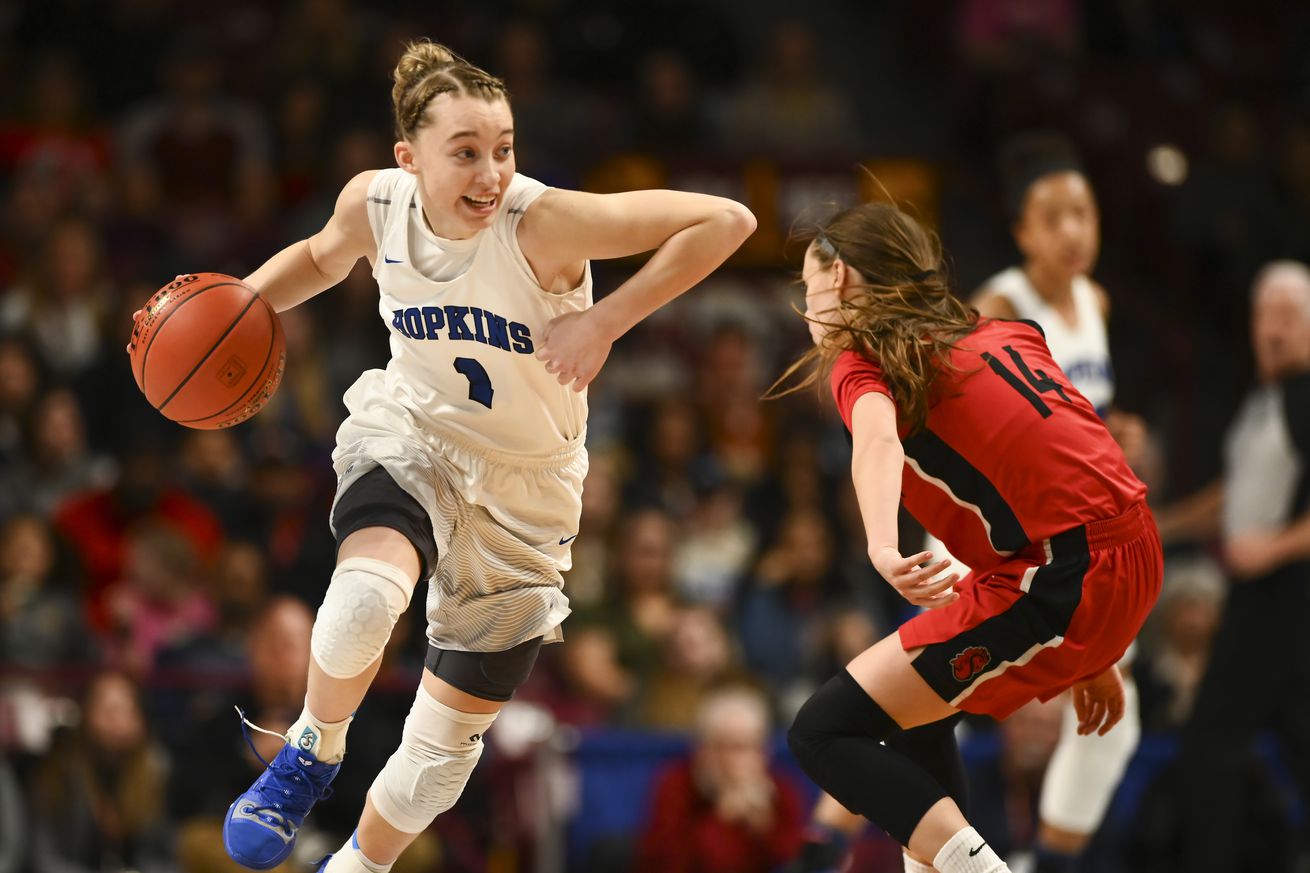 How big of an immediate impact will Paige Bueckers (with ball) have on the UConn Huskies’ program? | Photo by Aaron Lavinsky/Star Tribune via Getty Images

Paige Bueckers of the UConn Huskies seems to have the most talent of any freshman in the country but others have joined her on the radar, including Te-Hina Paopao of the Oregon Ducks. Sarah Andrews of the Baylor Lady Bears and Deja Kelly of the North Carolina Tar Heels could surprise a lot of people as well.

There’s always a lot of pressure for incoming freshmen in the NCAA, especially if they are highly rated and their team needs them to perform well. It isn’t fair that those freshmen are so scrutinized just out of high school, and there are a lot of people who deserve to be mentioned who did not make the following list. Nevertheless, here it is: 10 fabulous freshmen oozing with talent and possessing the potential to take their respective programs to new heights:

Bueckers is fast and explosive. She can handle the ball and run an offense incredibly well. She is a great all-around scorer who doesn’t fall in love with the 3-point shot. There’s a lot of hype surrounding her and the expectation that as the No. 1 Hoop Gurlz recruit in the nation she will be able to return UConn to dominance. The Huskies have great returning players in Olivia Nelson-Ododa, Christyn Williams and Anna Makurat to help her out, but Bueckers will be one of six freshmen on the the team’s roster.

Paopao is calm, cool and collected and a great all-around scorer with a phenomenal 3-point shot. She can also be aggressive and take over a game if she needs to. Oregon coach Kelly Graves has said her game resembles that of recent Oregon grad and former NCAAW superstar Sabrina Ionescu. Paopao could end up being the best player in Oregon’s No. 1 2020 recruiting class.

Andrews is a great all-around guard. She is a phenomenal floor general, passer and scorer whose aggressiveness and hustle could make her a top-notch player. On a team that will be led by NaLyssa Smith and Queen Egbo in the post — and that will be without guard DiDi Richards indefinitely — Andrews could fit into the starting backcourt well with DiJonai Carrington.

Kelly is a great all-around scorer with a sweet 3-point stroke and she makes things look effortless on the court. The Tar Heels haven’t been to the Sweet 16 since 2015 and have made only one tournament appearance since then. However, they have found a special player in Kelly who could help turn their fortunes around.

Daniels could end up being the best post player from the Class of 2020. She can spot up and hit shots from anywhere, handle the ball in transition and drive to the basket. Cal went 12-19 in 2020, its first season after Kristine Anigwe was drafted into the WNBA. The Golden Bears are hoping Daniels can fill the void.

6-foot-3 wing for the Maryland Terrapins

Reese has all the tools to become a great player and lead a Maryland team that is reeling from the transfers of would-have-been star juniors Taylor Mikesell and Shakira Austin. She is a good ball-handler with solid back-down moves and the ability to score from anywhere. At 6’3” and listed as wing, Reese also could play any position.

5-foot-7 guard for the Louisville Cardinals

Van Lith is all about ball-handling and driving. She is tough and aggressive on offense, can fake out defenders and finish at the basket. She can also dish it out to teammates with fantastic passes and shoot the 3-ball reliably. She should be able to make an immediate impact at Louisville, which lost an aggressive driver in Jazmine Jones to the 2020 WNBA Draft.

6-foot-4 forward for the Stanford Cardinal

Brink can step out and hit long shots and she has great inside touch. She is also a good defender and shot-blocker. Given her height and shooting ability, it’s clear that she has a very high ceiling. The Cardinal will be looking for her to make an impact right away and possibly be an X factor who pushes the team over the top.

Clark is a lethal 3-point shooter and likes to take pull-up midrange shots as well. She is a good passer — though she will look to score first — and she is solid in other areas. After Hawkeye all-time great Megan Gustafson left in 2019, many thought the team would struggle without her. But Iowa played well in 2019-20 and Clark could help them continue to build a powerful program.

6-foot-2 guard for the Syracuse Orange

Williams is an aggressive driver who can finish through contact and without committing offensive fouls. She can also turn defensive rebounds into long passes and scores in transition. Syracuse went 16-15 last year and could use some new energy injected into its program. Williams can definitely provide that.