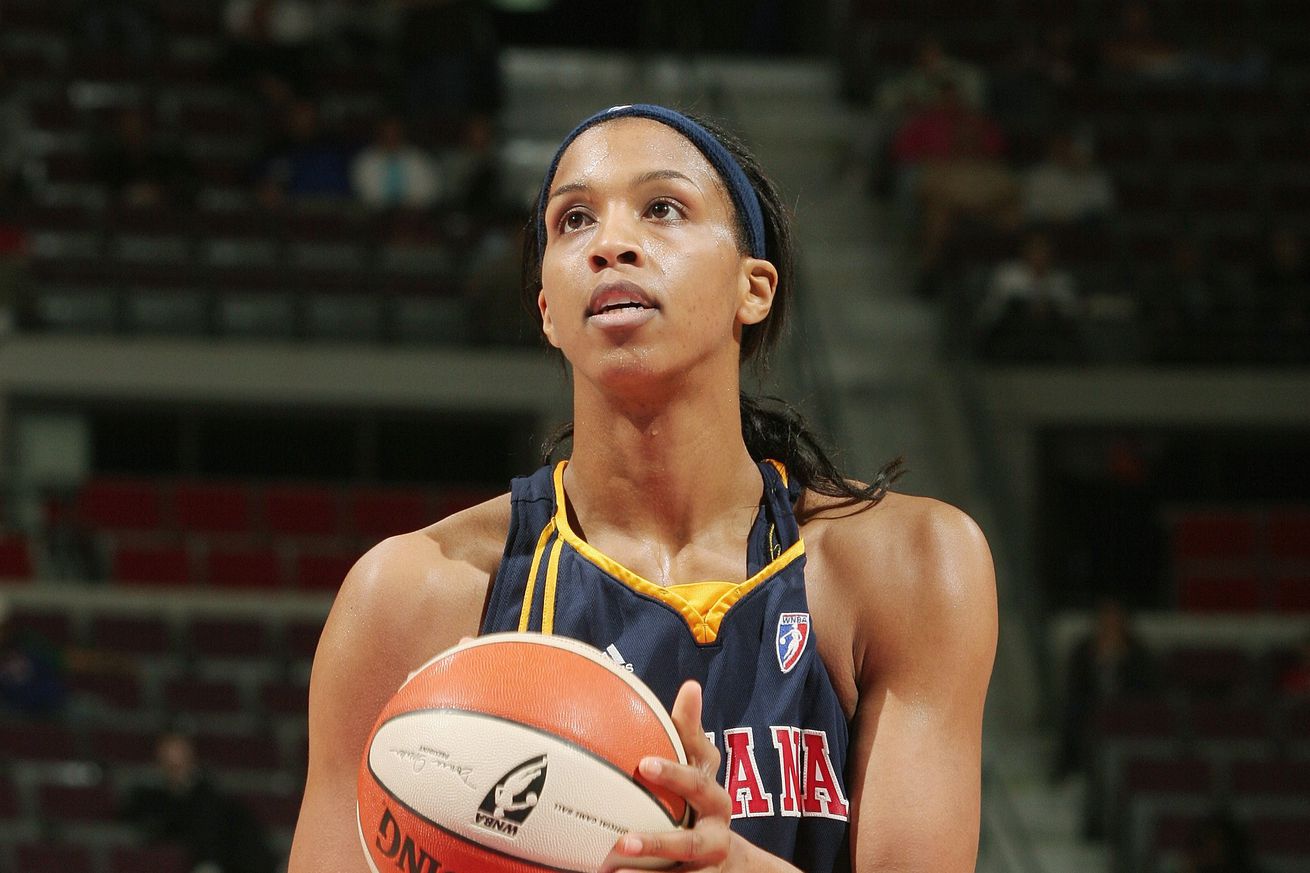 Tammy Sutton-Brown carved out a solid WNBA career as 2001’s No. 18 overall pick. She started well over 300 games across 12 seasons. | Photo by D. Lippitt/Einstein/NBAE via Getty Images

Tammy Sutton-Brown’s WNBA story is not one of highlight plays or huge stat lines. Rather, it is one of remarkably consistent play for a long line of winning teams. Drafted in 2001, Sutton-Brown’s career was both terrific and anomalous among players picked at No. 18 overall.

When a WNBA team is drafting in the middle of the second round, it’s probably not expecting to land a major contributor. A rebounding or 3-point specialist, perhaps — a player who could earn a roster spot if things go right in training camp but would ultimately struggle to stick around for very long.

This is what makes Tammy Sutton-Brown’s story so special. Drafted at out of Rutgers at No. 18 overall, Sutton-Brown was never known as a stats monster or superstar player, yet she still became a model of steady play and longevity across her 12 WNBA seasons.

When it was all said and done, Sutton-Brown had played 388 games and nearly 10,000 minutes. She still ranks near the top of the historical WNBA leaderboards in several categories, namely total offensive rebounds (708; 18th in WNBA history) and blocked shots (555; 7th).

The 6-foot-4 Sutton-Brown began her WNBA career in Charlotte, where she was drafted by the Sting in 2001. While Sutton-Brown’s draft position of No. 18 overall has not typically been kind to rookies over the years, Sting head coach Anne Donovan entrusted her with 20.8 minutes played and 21 starts.

Sutton-Brown’s volume increased in her second season, and with it her per-game stats. She averaged 11.9 points on 53.1 percent shooting in 2002, along with 6.0 rebounds (2.4 offensive) per game. It earned her a trip to the 2002 WNBA All-Star Game, representing the Eastern Conference alongside fellow up-and-comers Tamika Catchings and Penny Taylor.

Of course, Sutton-Brown never reached the legendary status of those players, but remained remarkably consistent for the Sting as their starting center. Per 36 minutes, she never averaged fewer than 11.7 points or 7.3 rebounds during her time in Charlotte, with her usage falling between 20.0 percent and 21.6 percent in each season. Sutton-Brown also became one of the better rim protectors in the WNBA, finishing outside of the league’s top 10 in blocked shots only once.

The unfortunate folding of the Sting franchise in early 2007 spelled the end of Sutton-Brown’s time in Charlotte, but her contract with the Sting had expired anyway, and she was thus ineligible for the ensuing dispersal draft.

Instead, Sutton-Brown signed a contract with the Indiana Fever, for whom she continued her steady play. Sutton-Brown was named to her second and final All-Star game in 2007, a season in which she averaged a career-best 17.1 points per 36 minutes for the 21-13 Fever.

By 2012, Sutton-Brown was 34 years old, and while she kept starting on yet another successful Fever team, her on-court contributions were lessening. Sutton-Brown’s starting spot was usurped by Erlana Larkins in the 2012 playoffs, a move that proved crucial to Indiana’s upset of the Minnesota Lynx in the Finals.

The Fever’s championship was a storybook ending for Sutton-Brown, who decided to retire following the 2012 season. She had been a solid WNBA starter for many years, falling just short of the ultimate goal in several of them, so it was only right that she finally won a title in the twilight of her career. Sutton-Brown’s WNBA story is remembered as one of both longevity and consistency, and to this day she remains the only No. 18 overall pick to be named a WNBA All-Star.