Bria Hartley’s speed will be an X-Factor the Mercury 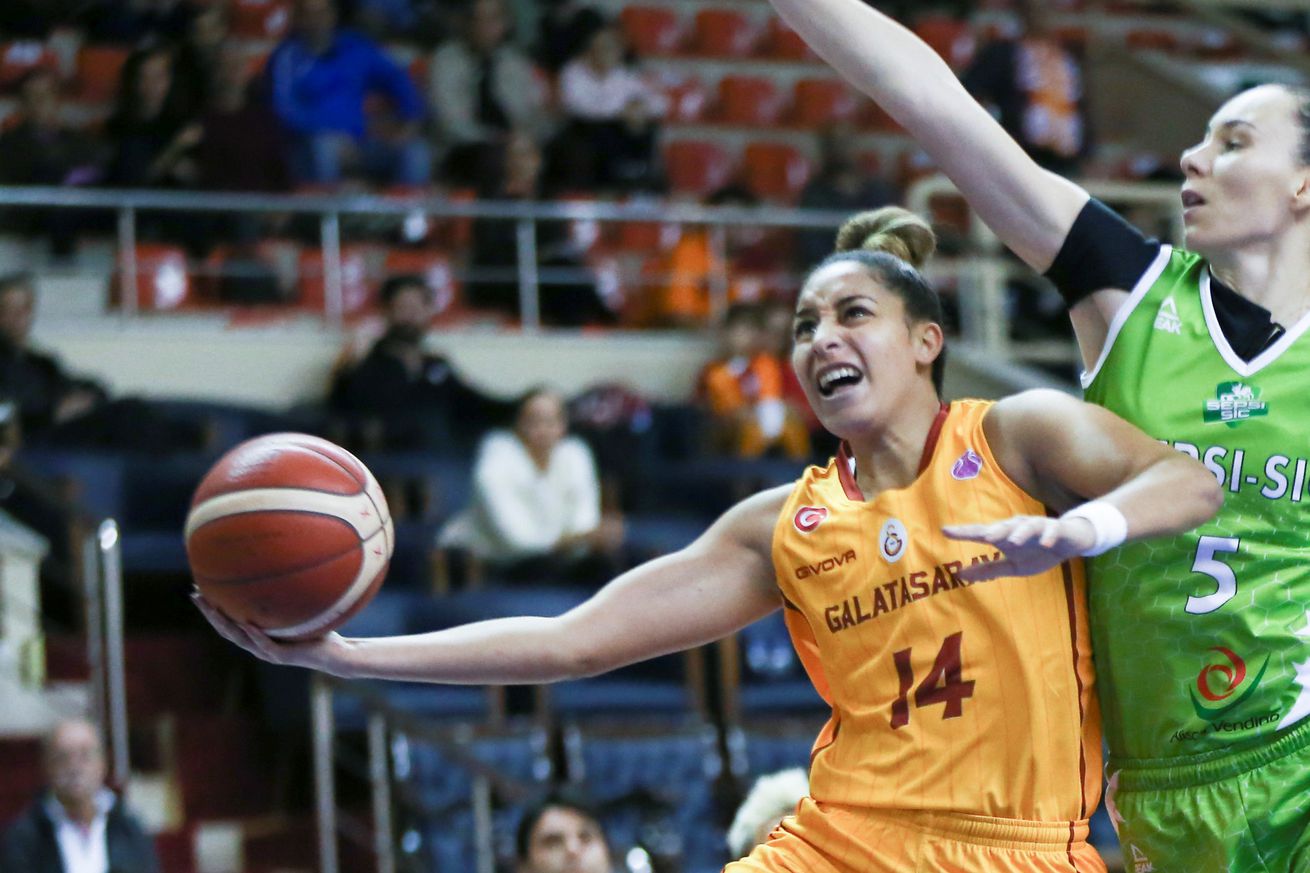 Bria Hartley (#14) is averaging 20.1 points, 5.4 assists and 3.1 rebounds per game for Galatasaray in Turkey during the WNBA offseason. | Photo by Ahmet Bolat/Anadolu Agency via Getty Images

The Phoenix Mercury have signed Bria Hartley, a guard who struggled to show her elite skill sets with any regularity during her tenure with the New York Liberty. Her international play shows she’s capable of much more.

No DeWanna Bonner and no Leilani Mitchell is turning out to be no problem at all for the Phoenix Mercury. Earlier this week, the organization signed All-Star point guard Skylar Diggins-Smith to form a new “Big Three” with Brittney Griner and Diana Taurasi. Today, the Mercury announced the signing of Bria Hartley — a six-year guard who struggled to show her elite skill sets while with the New York Liberty.

Her production on international courts tells more of the story. Hartley is averaging 20.1 points, 5.4 assists and 3.1 rebounds per game for Galatasaray in Turkey in the EuroLeague Women tournament in which many top-tier WNBA athletes play. She also plays for the French national team and has produced consistently.

With the Liberty stringing together losing seasons, Hartley’s dazzling play has mostly flown under radar. But Hartley’s skills are not lost on Mercury general manager Jim Pitman, who said in a press release:

Bria Hartley is a young, athletic, playmaking guard. She’s coming off one of the best seasons in her six-year career with New York and we’re excited to pair her alongside our new ‘Big Three’ here in Phoenix. Her ability to pass the ball and knock down three-pointers provides us more depth to an already potent offense.

Hartley’s speed will be an X-Factor for the Mercury

Hartley has one of the quickest engines of any player in the WNBA. She can pick up speed and surge to the basket, whether on the break or cutting through defenders. Phoenix’s lack of speed and predictable plays created a sluggish offense that could not contend with the increasing pace of play throughout the league. Hartley will join Diggins-Smith in shaking up the offense with playmaking variety and accelerating the pace to get the Mercury’s players an advantage in transition.

It is not just Phoenix benefiting from this deal. Hartley gets a new lease on her WNBA life, a chance to play with a team that has made regular postseason appearances for several years straight and won the championship as recently as 2014. Joining the All-Stars, champions and future Hall of Famers in Phoenix should do much to revitalize her career.