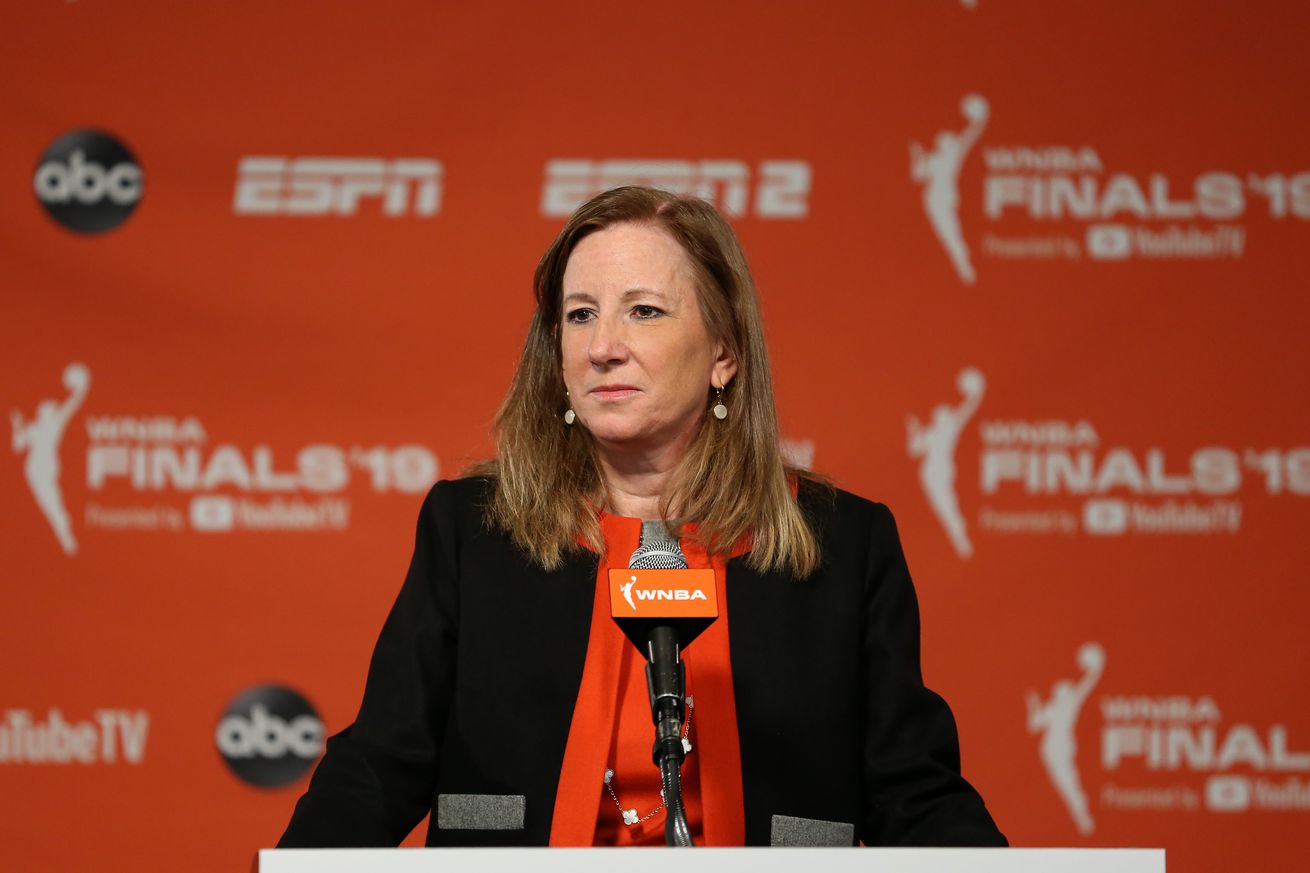 Cathy Engelbert became the WNBA’s first commissioner in May of 2019. | Photo by Stephen Gosling/NBAE via Getty Images

Cathy Engelbert and other league commissioners will discuss the impact of the COVID-19 pandemic on sports and the plans being made for the future. The episode airs Monday at 9 p.m. ET.

On June 4, the WNBA revealed plans to have a 22-game season that would start on July 24. Now that plan could be made official.

WNBA commissioner Cathy Engelbert is slated to talk about her plans for the season on Monday, live on ESPN. The interview, conducted by Mike Greenberg, will feature commissioners from the nation’s other professional leagues: NFL, NBA, MLB, NHL and MLS.

The WNBA and WNBPA agreed on a new collective bargaining agreement in January that laid plans for a 36-game season starting on May 15. The season was delayed because of the coronavirus pandemic.