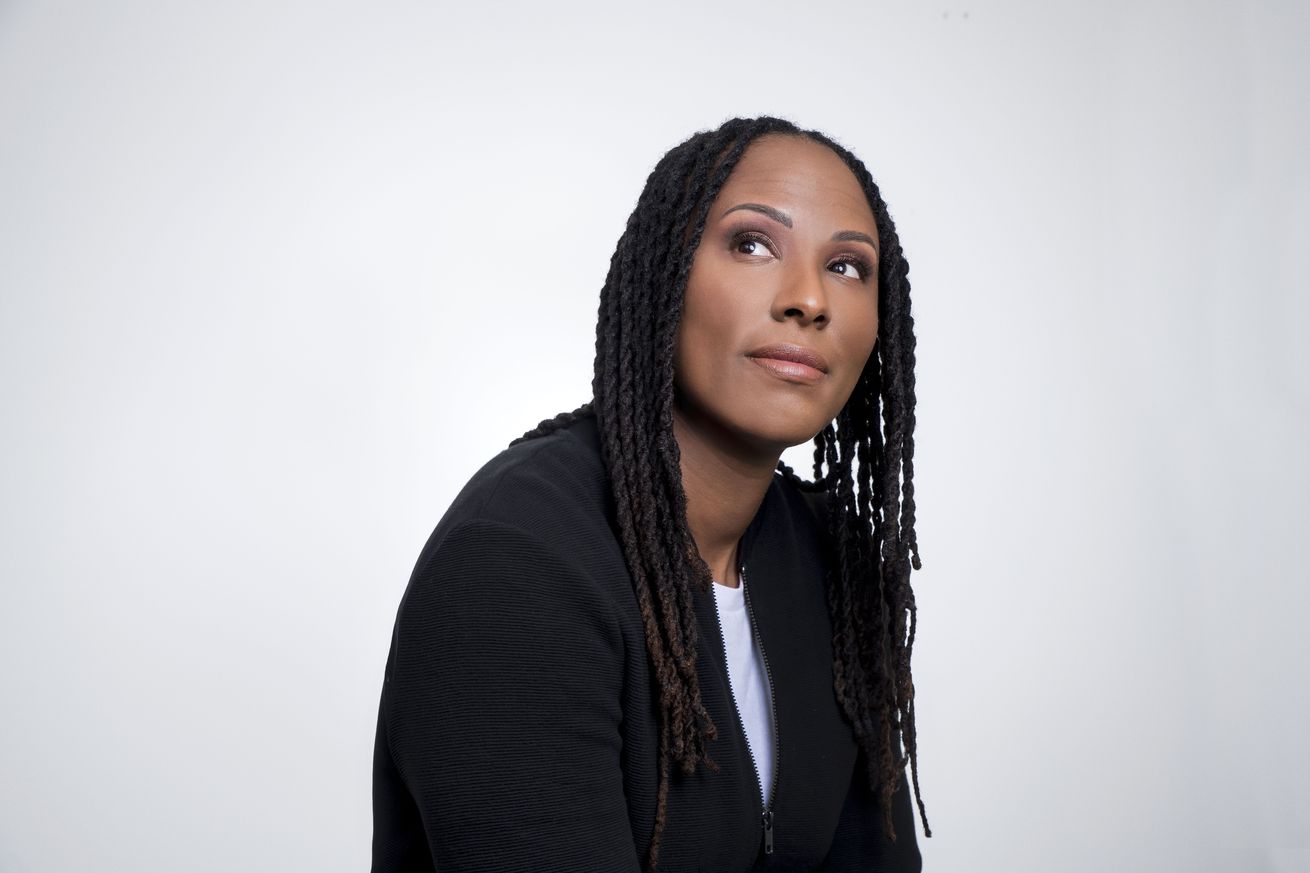 Women’s Basketball Hall of Fame hooper Chamique Holdsclaw is on a new journey with her “Tremendous Upside” podcast. The new mother discusses her latest endeavor.

One of the most legendary names in basketball has been one of strongest mental health advocates in all of sport. Chamique Holdsclaw has been traveling the globe with various speaking engagements and appearances since her retirement from the WNBA in 2010. But the six time All-Star has slowed down recently, with good cause.

She and her wife welcomed their first child to the family last December: Cairo Holdsclaw.

In addition to mom duties, Holdsclaw is joining the podcast universe with her new show, “Tremendous Upside,” from APM (American Public Media).

When Holdsclaw initially was approached by APM, she thought it was just for an interview, not an invitation to host her own podcast.

APM has been supportive from the jump and Holdsclaw couldn’t be more satisfied.

“Being in the media for a while now, I don’t really like to hear myself talk,” she explained. “(APM) has been first-rate. It hasn’t felt like I’m doing this on my own. They wanted it presented in my own voice. It’s definitely gotten me out of my comfort zone.”

Tremendous Upside is one of the few sports podcasts in APM’s lineup, and it holds its own. In her first season, Holdsclaw already has interviewed childhood friend Metta World Peace, soccer star Briana Scurry and NFL Hall of Famer Brian Dawkins, to name a few. The first episode, with World Peace, easily draws the listener in as two of Queens, New York’s finest reminisce on the parallels of their historic careers.

“For us to sit there and pull back those layers … two old friends just kicking it, being real with each other,” said Holdsclaw. “Just to see how he’s grown as a black man is powerful. It’s a good feeling to see that for your friend.”

These days, Holdsclaw’s passion for working with young people has been a driving force behind her work.

“We’re dealing with a different generation,” said Holdsclaw. “They’re standing up, they’re change agents, they’re sharing, they’re aware of their emotional wellness. It’s a changing of times, and I’m glad to impart any wisdom I can.”

They wanted it presented in my own voice. It’s definitely gotten me out of my comfort zone. -Chamique Holdsclaw

The journey from Queens to where she is today hasn’t been easy for the 42-year-old Holdsclaw, but she embraces it with perspective. “I want to change the narrative, generationally, for my family,” said Holdsclaw. “I have shelter, I’ve seen the world, I’m happy.”

Holdsclaw was inducted into the Women’s Basketball Hall of Fame in 2018 after a history-making run with the Tennessee Lady Volunteers that included three NCAA national titles (1996-98). She set new scoring records at Tennessee and in the SEC. After turning pro, Holdsclaw was named the WNBA Rookie of the Year in 1999. Across 11 seasons, she was the WNBA scoring champion (2002), the rebounding champion (2002, 2003) and an All-Star six times.

What happens when an athlete’s body is in peak condition but the mind is throwing flags? On Tremendous Upside, Women’s Basketball Hall of Famer Chamique Holdsclaw interviews some of the most fascinating stars in sports who, like Holdsclaw herself, have faced real mental health issues. Tremendous Upside reveals a side of top athletes never shown in their highlight clips. Visit the website and subscribe to the podcast.