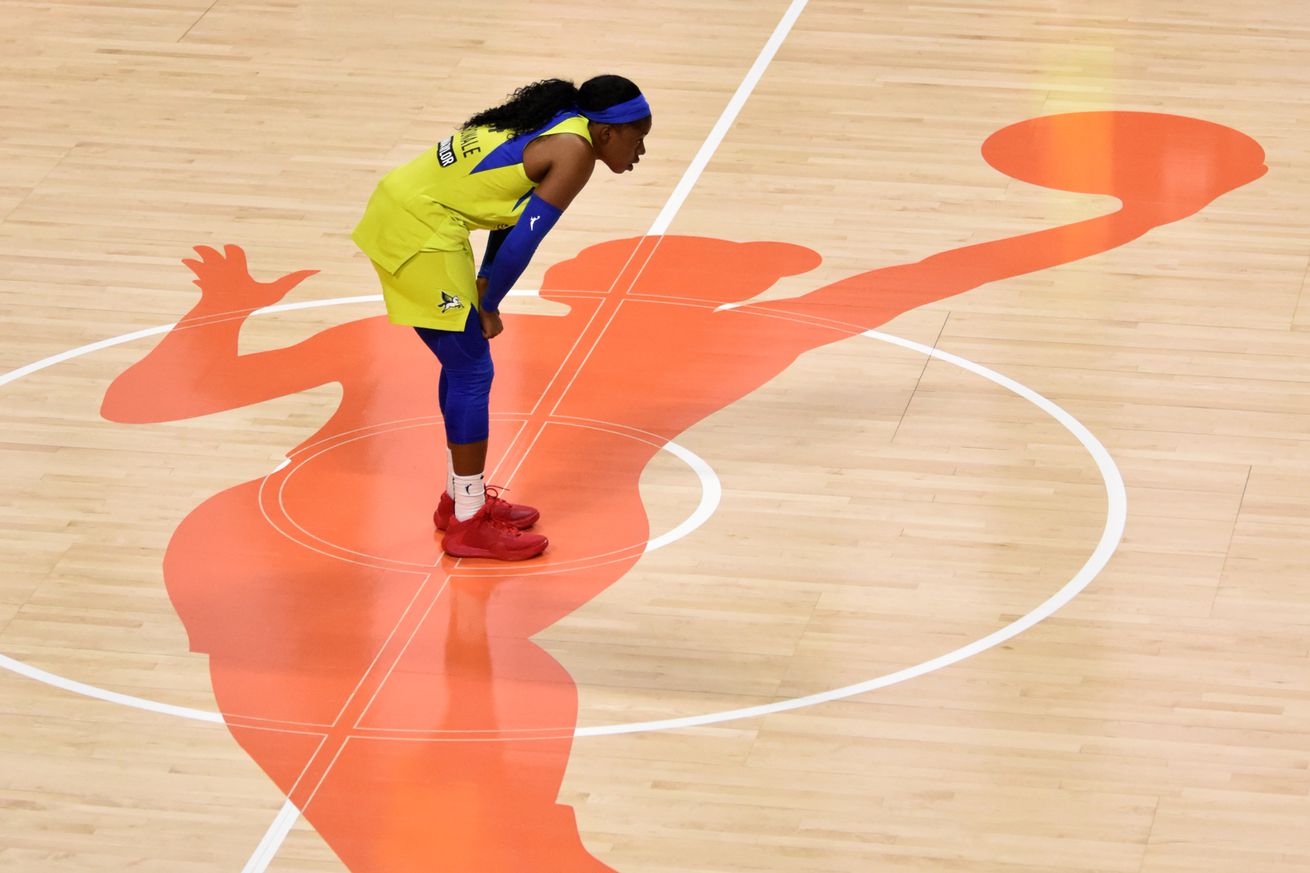 How can the Dallas Wings build a strong, stable team around Arike Ogunbowale? | Photo by David Dow/NBAE via Getty Images

Over the last few seasons, the only constant for the Dallas Wings has been change. What does Dallas need to do to establish the stability needed to become a playoff team and, soon thereafter, a title contender?

After a thrilling and unprecedented bubble season in 2020, Swish Appeal has decided to examine what each WNBA team needs the most heading into what will hopefully be a more normal 2021 WNBA season. Here’s a look at what the Dallas Wings need to do this offseason:

Yes, the Dallas Wings need a new head coach. But regardless of who they hire (here’s some potential candidates), the Wings absolutely need to cultivate a culture of stability.

Yet, reaching title-winning heights takes more than talent. If Dallas one day hopes to see Ogunbowale and company raise the trophy, it must establish a strong, stable organizational foundation.

Dallas last made the playoffs in 2018 behind the duo of Liz Cambage and Skylar Diggins-Smith, despite firing head coach Fred Williams late in the season and elevating assistant Taj McWilliams-Franklin to interim head coach. The organization elected not to retain McWilliams-Franklin, instead bringing in Brian Agler, a coach known for taking talented, veteran teams to the next level.

That offseason, Cambage would request a trade and eventually depart Dallas for Las Vegas. In return, the Wings received draft compensation, Isabelle Harrison and Moriah Jefferson, the last of whom would miss all of 2019 with an injury. Due to the challenges of being a new mother, Diggins-Smith also would not suit up for the Wings in 2019.

But the blossoming of Ogunbowale during the second half of her 2019 rookie season inspired optimism about the possibility of a potent backcourt pairing with Diggins-Smith. Only, Diggins-Smith would follow the path forged by Cambage, demanding out of an organization she saw as unsupportive. During a busy 2020 offseason, Dallas would send Diggins-Smith to Phoenix and Azurá Stevens, who had followed up a promising rookie season with an injury-plagued sophomore campaign, to Chicago.

Arriving in Dallas ahead of the 2020 season were Katie Lou Samuelson, Astou Ndour and Marina Mabrey. And through the draft the Wings added the aforementioned Sabally, Harris and Alarie.

The uncertainties of the 2020 season prevented this new, young and hopefully-improved Wings team from jelling before the 22-game bubble grind began. Nevertheless, they remained in the fight for the final playoff spot until the season’s final day. Along the way, Agler adopted an uptempo, small-ball offensive system that, with Ogunbowale at the controls, showed the potential to torture defenses for seasons to come.

But then the organization parted ways with Agler, seemingly sending a team that had taken steps forward backwards.

How can the Wings find stability?

To find stability, the Wings may first need to experience more instability.

While Allisha Gray is Dallas’ only free agent, and a restricted free agent at that (meaning the organization can match any offer), it does have five 2021 draft picks. In addition to its own top-four, to-be-determined lottery pick, Dallas owns the No. 5 pick (via Washington) and No. 7 pick (via Chicago). The Wings also have two potentially valuable second round selections at No. 13 (via New York) and No. 16.

Usually, such a bounty of draft capital is a gift, opening up the possibility of adding young talent or packaging picks for a proven player. Yet, this is the second year in a row the Wings have had a somewhat absurd number of quality picks, meaning they again need to undergo some serious roster gymnastics in order to maximize the value of these selections.

It thus is pertinent that the organization hire a coach with clear offensive and defensive visions well before the free agency period and draft. Does the Wings’ highest-paid player, Astou Ndour, have a place under a new coach? How about Harrison and Jefferson, both of whom have injury concerns? Dallas could possibly use some of its extra draft capital to incentivize other teams to take on these players and their guaranteed contracts.

However, these are tough decisions. It might be wise for President and CEO Greg Bibb to bring in a general manager with a fresh, outside perspective to assist him in making these decisions. Another basketball executive could guard against Bibb’s apparent impetuousness, thereby introducing a much-needed sense of stability.

Adding a respected basketball mind as general manager could encourage a veteran, winning player to consider signing with the Wings. Ahead of the draft, the Wings have an estimated $286,191 to spend, more than enough for a max contract. They also have the resources needed to facilitate a sign-and-trade for a max-level player.

Although likely a long shot, might free agent, WNBPA President, Kim Perrot Sportsmanship Award winner and Texas native Nneka Ogwumike consider giving the Wings a look? The 2016 MVP and champion would provide needed leadership on and off the court for the young Wings, facilitating the construction of the stable foundation needed for future championship contention.