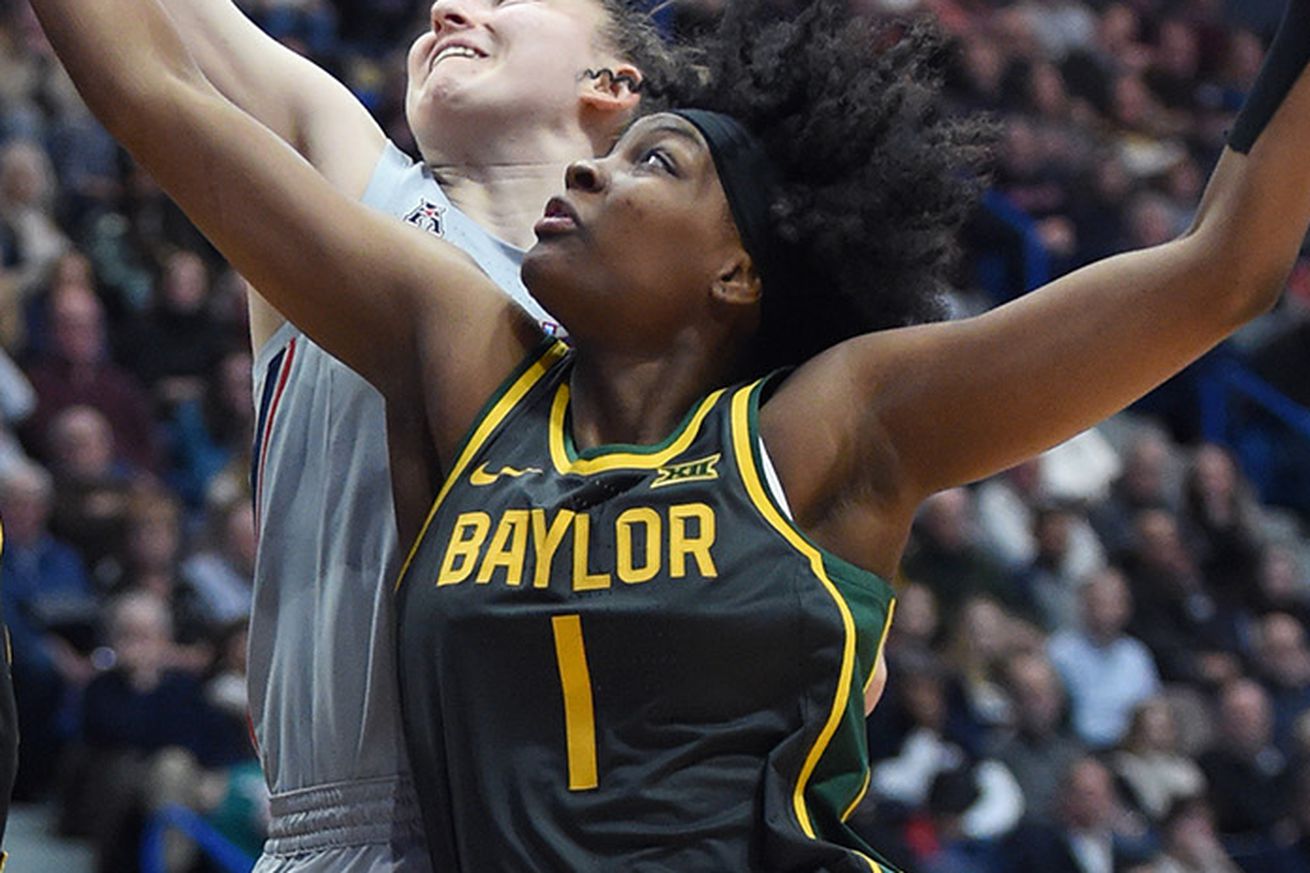 Junior NaLyssa Smith (1) is one of the best returning player for the Baylor Lady Bears. | Brad Horrigan/Hartford Courant/Tribune News Service via Getty Images

The Mohegan Sun Arena in Uncasville, Connecticut, where the WNBA’s Sun play, will host 35 NCAAW teams for early-season games in hopes of helping the college season run as smoothly as possible.

With over 300 NCAA Division I women’s basketball teams, and student-athletes who need to be on campus for their classes, there is no chance of creating a bubble environment like the ones used by the WNBA and NBA.

But the Mohegan Sun Arena in Uncasville, Conn. — along with the Naismith Memorial Basketball Hall of Fame and the Gazelle Group — are working toward hosting early-season tournaments to help teams make their non-conference schedules less hectic.

Home of the WNBA’s Connecticut Sun, the Mohegan Sun Arena is a 10,000-seat stadium with a nearby 34-story hotel. A 125,000-square-foot exposition center also will be made available for games and practices.

Greg Procino, vice president of basketball operations for the Hall of Fame, said the following:

It’s a single site, secluded location, with enormous square footage for social distancing. … There are a lot of things that will work in our favor.

Other teams that will play in the arena between Nov. 25 and Dec. 5 include:

The casino is expecting 35 teams in all and plans to play up to seven games per day.

As far as safety precautions go, the casino has its own medical staff who can test each player for COVID-19 when they arrive. From there, each team will have its own floor in the hotel, leaving plenty of space for social distancing.