NCAAW Recap: No. 57 IUPUI continues to impress in Horizon League 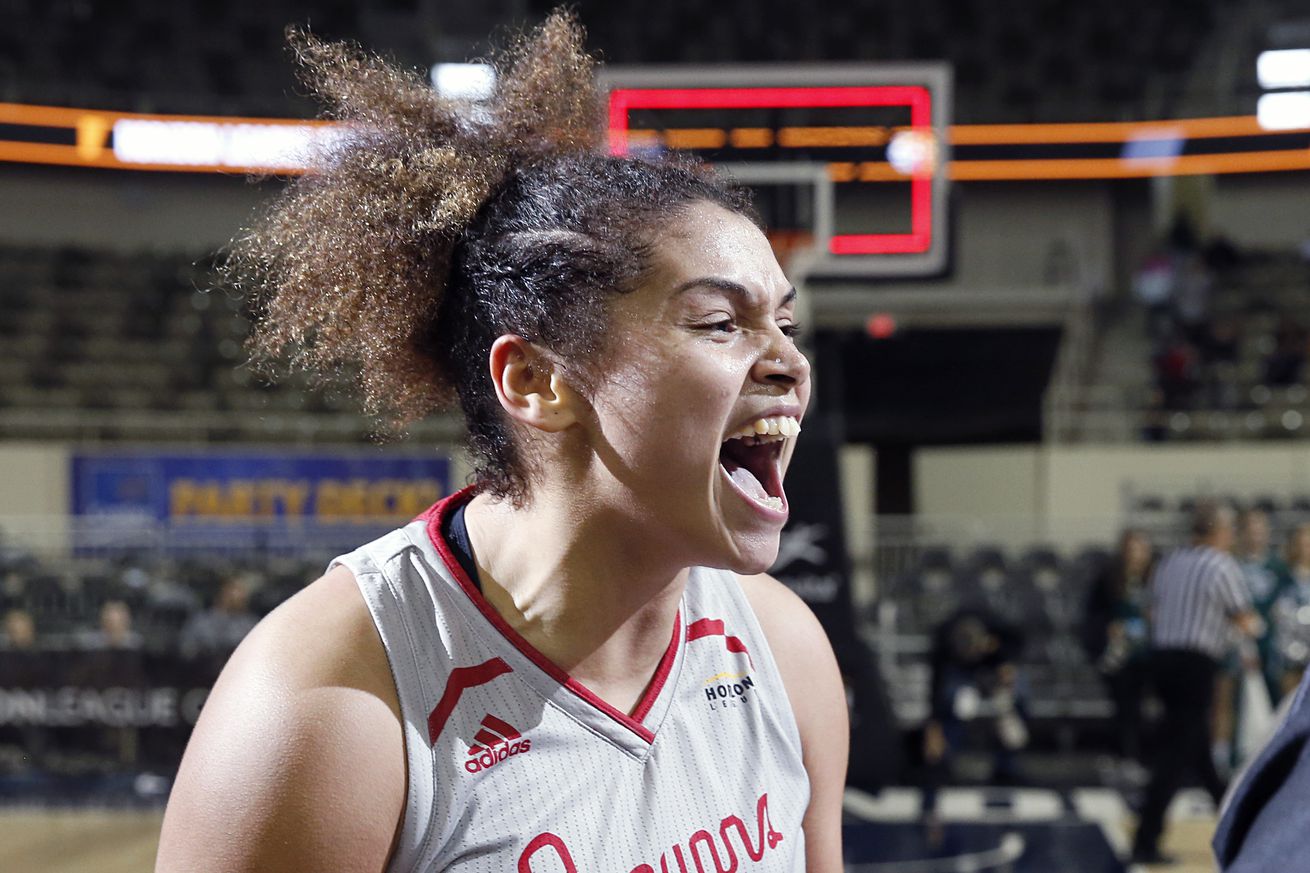 Horizon League Player of the Year Macee Williams helped bring about the Jaguars’ most successful season yet. | Photo by Justin Casterline/Getty Images

The IUPUI Jaguars, led by junior star Macee Williams and coach Austin Parkinson, have risen to the top of the Horizon League in just their third season in the conference.

To round out our 15-seeds, we have the IUPUI Jaguars, who missed out on what would have been their first-ever NCAA Tournament. While that opportunity was taken away, the Jaguars’ championships in Horizon League regular-season and conference tournaments still stand as firsts in program history.

The team moved from the Summit League to the Horizon League prior to the start of the 2017-18 season. It went 13-5 in both 2018 and 2019 before breaking through to claim first place and win the conference tournament this year.

The Jaguars (23-8, 15-3 Horizon) went 8-5 in non-conference play and actually lost their first game of league play before rattling off 13 straight wins.

The Jags dropped two of their last four regular-season contests, but still hung on to win the Horizon League by two games. The Wright State Raiders, who were swept by IUPUI, and the Green Bay Phoenix, who split with IUPUI, tied for second place with 13-5 records.

The Jaguars went on to defeat the Cleveland State Vikings and 17-time Horizon League Tournament champ Green Bay to win the 2020 tournament title. IUPUI defeated the Phoenix 51-37 in the championship game on March 10.

Jaguars head coach Austin Parkinson was named the Horizon League’s Coach of the Year this season, last winning the award in 2017-18.

My heart aches for our ladies after hearing the news of the NCAA tournament being canceled. Grateful we even got the chance to compete & win our 1st ever tournament title. Trophies are great but the journey with this group was even better! Salute to our senior leader @hollyhoop1 pic.twitter.com/RxGC3VszMK

Junior forward/center Macee Williams, who won Horizon League Player of the Year, led the team in scoring this season with 17.5 points per game and in rebounding with 9.0 boards per game. Redshirt sophomore guard/forward Rachel McLimore and senior guard Holly Hoopingarner backed Williams up with 10.9 and 9.8 points per game, respectively. Meanwhile, freshman guard Natalie Andersen was the team’s best 3-point shooter at 39.8 percent. She averaged 1.3 makes in just 16.6 minutes per game while coming off the bench in all but six contests.

The Jags lacked a signature win against a ranked opponent, but beat a bubble team in the St. John’s Red Storm 85-78 on Nov. 30.