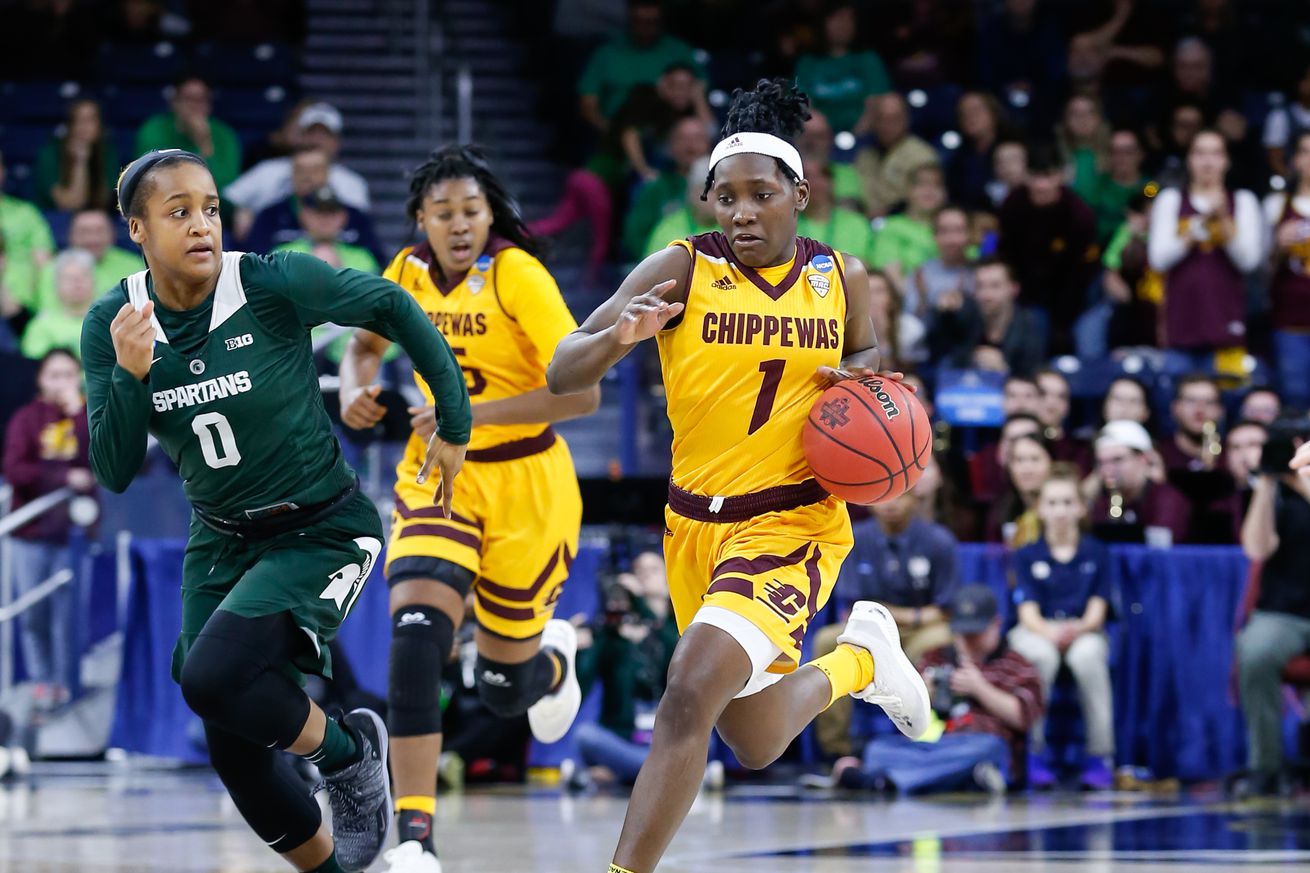 Micaela Kelly (with ball) sprints up the court during a 2019 NCAA Tournament game against the Michigan State Spartans. | Photo by Scott W. Grau/Icon Sportswire via Getty Images

Micaela Kelly’s breakout junior season propelled the Central Michigan Chippewas to national recognition and could have led them an at-large bid.

The COVID-19 pandemic prevented the MAC Tournament from going any further, so Central Michigan made our bracket due to the regular-season title. But the Chippewas may have been on their way to an at-large bid before falling to Toledo so early. They received votes from Feb. 10 through the end of the season.

Central Michigan landed on the 12-seed line and is the 15th-best overall seed out of the 32 mid-major teams that made the hypothetical Big Dance.

Seniors:
Thank you for everything. This wasn’t the ending we envisioned for you but let’s take the time to celebrate the success we had along the way.

Fans:
Thank you for another year of unconditional support. We wouldn’t be where we are without you. #FireUpChips ⬆️ pic.twitter.com/AIoSrgErsZ

The Chippewas began the season 0-3 and finished by losing three of their last four games, including the tournament loss to a Toledo team that split with them in the regular season.

The Chippewas would have made it to the tournament for the third year in a row, with aspirations to return to the Sweet Sixteen, which they reached in 2018.

The Chippewas’ success can be attributed to their 45-percent shooting from the field, which includes 35.6 percent from downtown. Central Michigan’s 9.8 threes per game ranks sixth in the nation.

With Kelly, Davis and Bussell returning in 2020-21, look for the Chippewas to make noise again next year.