NCAAW Season Recap: No. 16 UConn dominated AAC but not the nation 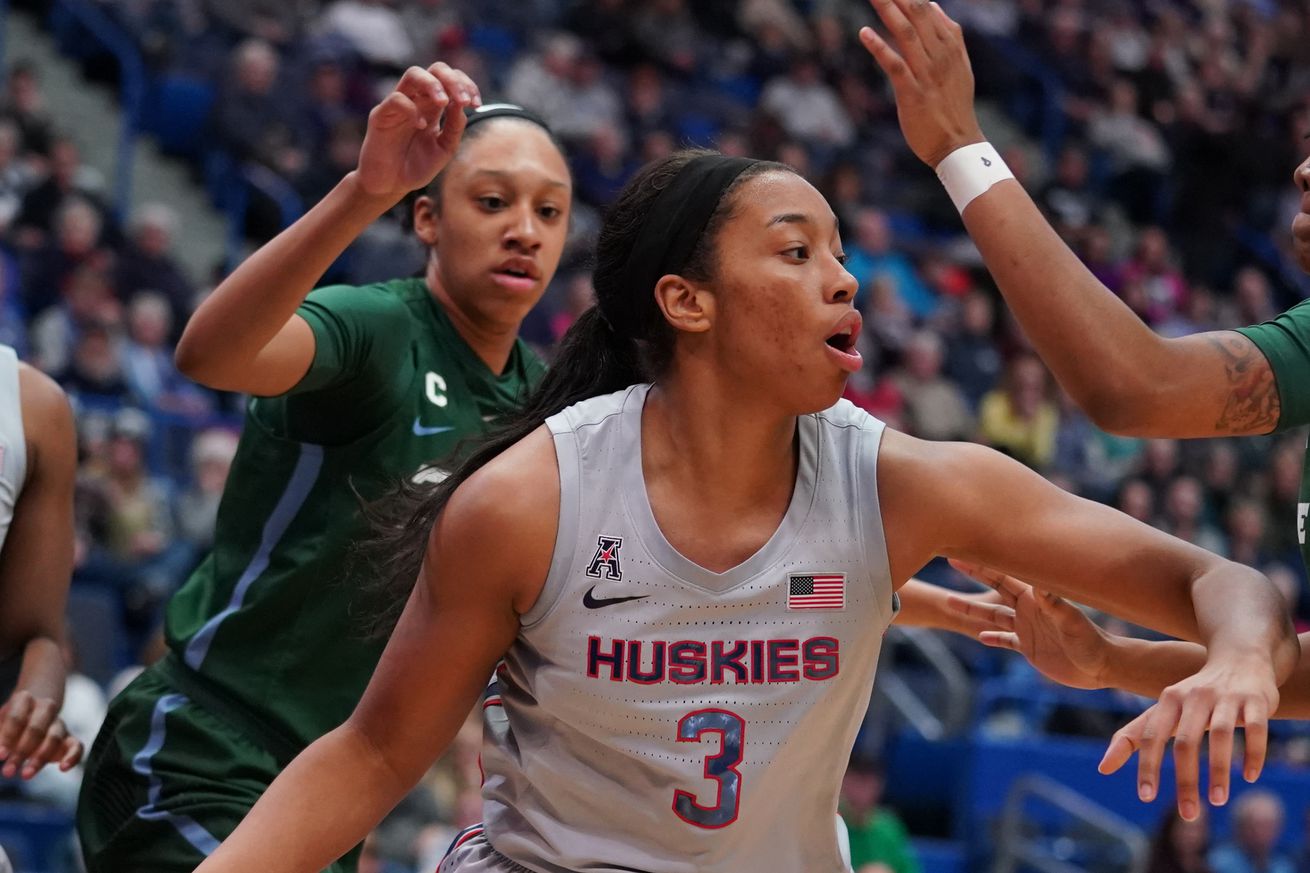 The UConn Huskies, led by Megan Walker and Crystal Dangerfield, capped their undefeated run in the American Athletic Conference with a dominant season. They will return to the Big East for 2020-21.

In 2019, UConn earned a two-seed in the NCAA Tournament, ending its 12-year streak as a one-seed. Although the Huskies made it to the Final Four last year, they were not feared in the same way they had been in seasons past, and that vulnerability carried over to this season.

Yet, given the team’s talent, UConn could have made a Final Four run in 2020 if the COVID-19 pandemic hadn’t forced the NCAA Tournament’s cancellation.

The Huskies finished the 2019-20 season ranked fifth in the major polls after defeating just one Top 25 team — the then-No. 16 DePaul Blue Demons (Dec. 16). Those struggles against the nation’s best kept the Huskies from a one-seed-worthy resume. Still, they lost just three games: against No. 3 Baylor Lady Bears (Jan. 9), No. 2 Oregon Ducks (Feb. 3) and No. 1 South Carolina Gamecocks (Feb. 10).

Despite falling to a four-seed in this Swish Appeal bracket, the Huskies achieved great things this season — winning the AAC regular-season and conference tournament championships while completing a clean sweep of those two distinctions in their seven years in the conference.

In fact, UConn did not lose a single AAC game during its time in the conference.

In addition to having the seventh-best scoring defense in the country, the Huskies led the nation by shooting a scorching 39.9 percent from beyond the arc. Junior forward Megan Walker led the way with 78 makes (at a 45.1-percent clip). Senior point guard Crystal Dangerfield and freshman guard Anna Makurat also shot over 40 percent from 3-point range, with 71 and 59 makes, respectively.

Walker also had a phenomenal individual season that cannot be overlooked. She led the team in scoring with 19.7 point per game and displayed all-around scoring abilities that were reminiscent of former UConn star Maya Moore. Walker also averaged 8.4 rebounds and 2.9 assists before declaring for the 2020 WNBA Draft and getting picked ninth overall by the New York Liberty.

Watch: Megan Walker in the news

Individual accolades aside, the Huskies saw a few of their incredible streaks come to an end this season, reminding the country of just how amazing those streaks were. With its loss to Baylor, UConn’s 98-game home winning streak — Hartford and Storrs combined — was broken. Oregon then handed the Huskies their first loss in seven years at the Gampel Pavilion in Storrs.