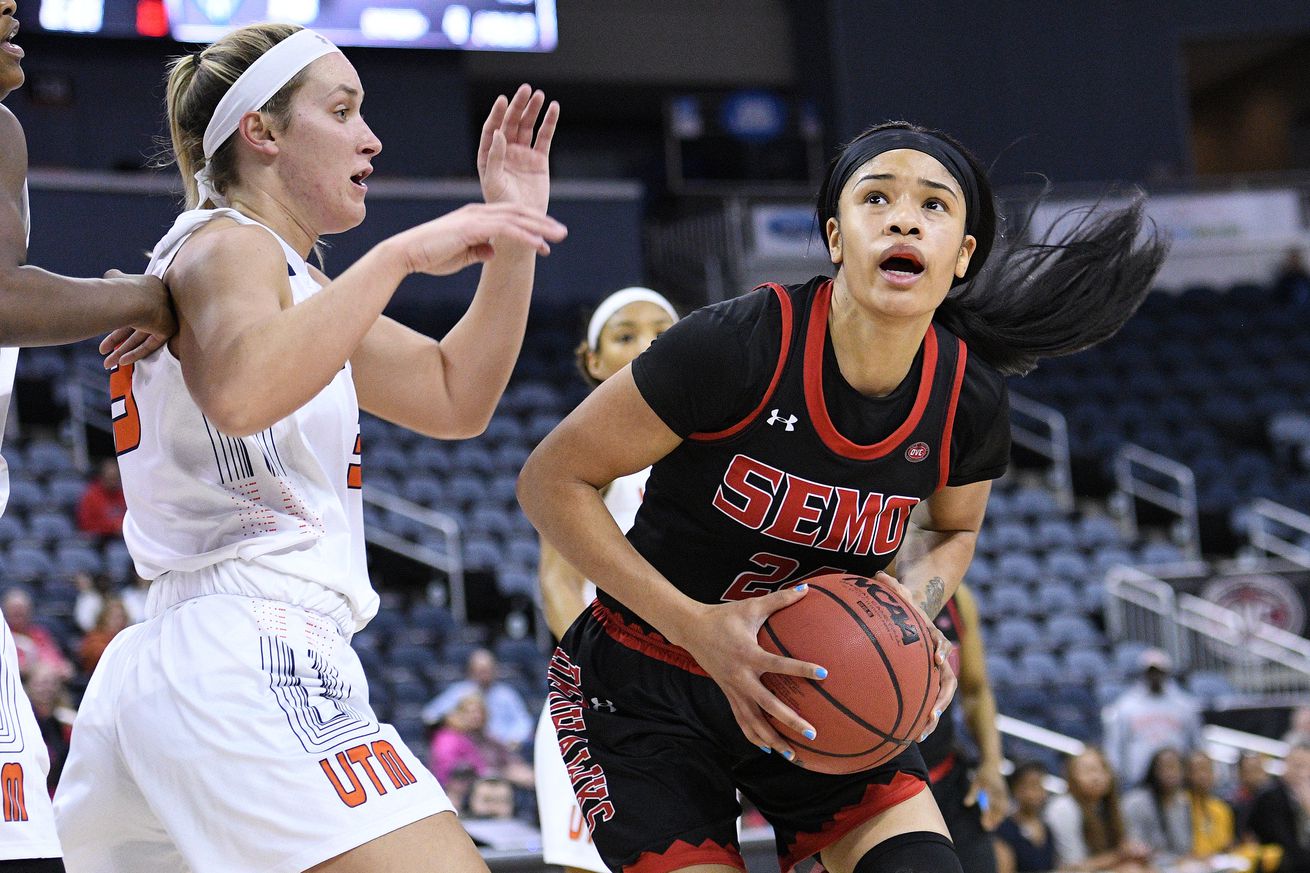 By winning the Ohio Valley Conference Tournament with displays of explosive offense and impressive defense, the Southeast Missouri State Redhawks showed that they belonged in the Big Dance.

The NCAA isn’t releasing a bracket this year but at Swish Appeal we’ve decided to make one anyway, based on this formula created by our Zack Ward. Here’s a recap of one of the 64 teams who made the cut according to the Swish Appeal bracket.

After soaring through the Ohio Valley Conference (OVC) Tournament, the Southeast Missouri State (SEMO) Redhawks earned the right to dance for the first time in more than a decade.

SEMO women’s basketball coach found out the NCAA tournament was canceled in the middle of an interview.

Her team was set to play in their first tournament in more than a decade. (via @AdamKingKFVS)pic.twitter.com/OapeJ5RPy9

Over the course of the tournament, No. 3 seed SEMO showed that it was the OVC’s most well-rounded squad. For the regular season, the Redhawks had the conference’s best point differential, scoring an average of 74.7 points per game while holding opponents to an average of 64.4 points per game.

However, they first had to escape a too-close quarterfinal contest.

The No. 6 seed Tennessee Tech (TTU) Golden Eagles threatened the upset, taking the Redhawks to overtime before SEMO sophomore guard Taelour Pruitt sunk a game-winning 3-pointer for the 82-81 victory.

The winning 3-pointer from the 37.6-percent markswoman gave SEMO head coach Rekha Patterson, OVC Coach of the Year, her first victory in an OVC Tournament game. Junior guard Tesia Thompson led the Redhawks with a game-high 29 points and 11 rebounds. For the season, Thompson averaged a team-high 19.3 points and 7.6 rebounds, earning her All-OVC First Team honors.

The Redhawks’ second OVC Tournament win might have been even more thrilling. Against the No. 2 seed Belmont Bears, SEMO unleashed an offensive explosion, scoring a season-high and tournament-record 114 points on its way to the 114-99 win.

HIGHLIGHTS | @officialSEMOWBB scored an OVC Tournament and SEMO record 114 points en route to beating Belmont and securing a spot in the OVC Championship Game against UT Martin on Saturday! pic.twitter.com/QrLVtekgwn

The OVC Tournament final was not an offensive showcase. Instead, the Redhawks put on a defensive exhibition, holding the No. 1 seed UT Martin Skyhawks to 33.3 percent shooting and 47 points to take the title with a 67-47 win.

Thompson turned in another excellence performance, scoring a game-high 25 points to claim the OVC Tournament MVP. Pruitt and Shepard joined her on the OVC All-Tournament Team.