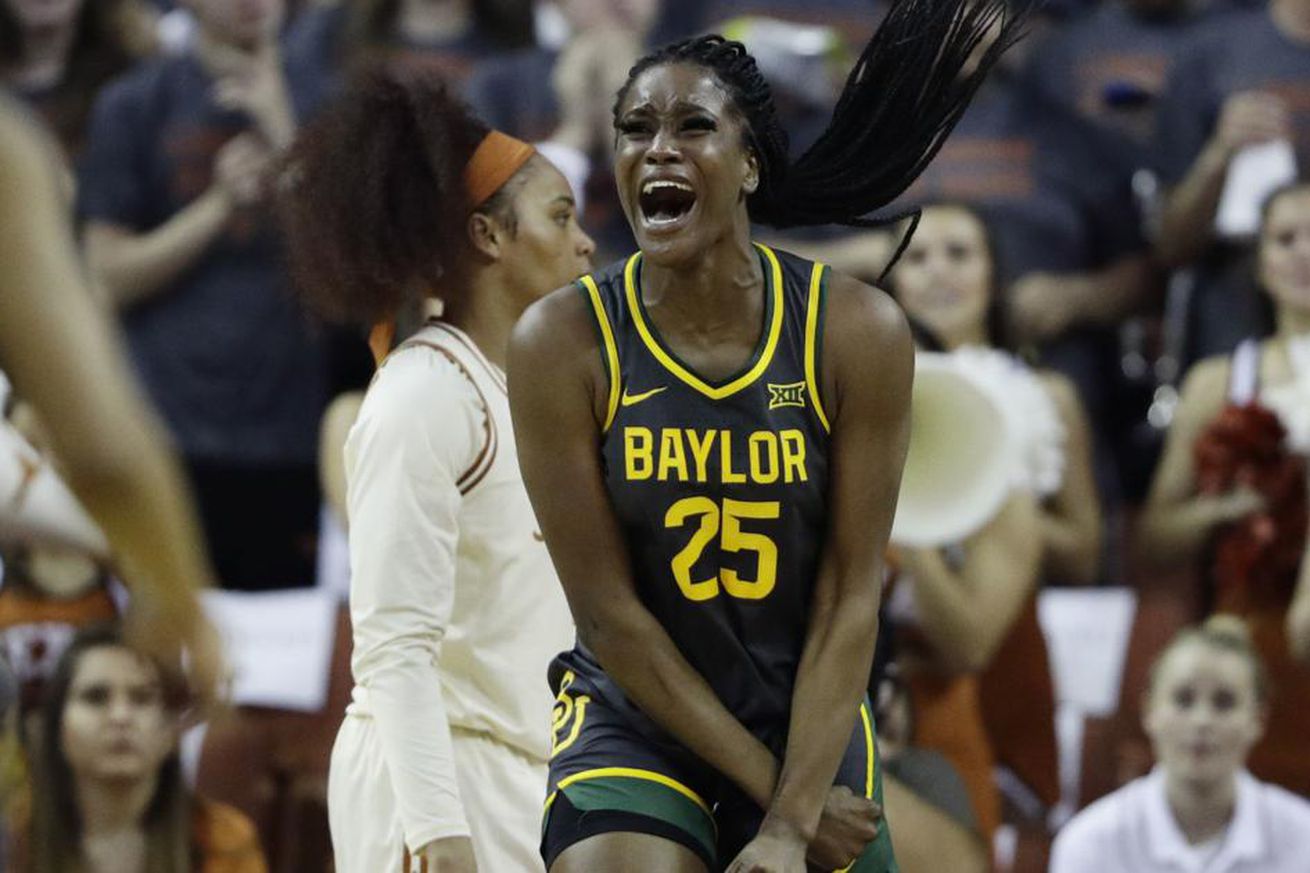 Baylor center Queen Egbo (25) celebrates a score against Texas during the second half of a game on Friday in Austin, Texas.  | AP

Baylor’s third quarter dominance in Austin Friday night proved too much for Texas. Queen Egbo led the charge over the Longhorns with 17 points.

Baylor flexed on Big 12 rivals Texas last night in Austin with a 64-44 win. The Lady Bears continue to dominate in the paint on both ends of the floor, limiting the Longhorns to 14 points in the paint. Baylor outrebounded Texas 50-40.

The third quarter proved to be the tipping point as Baylor outscored Texas 23-5. The Longhorns struggled all night, shooting 25 percent from the floor.

The win brings Baylor head coach Kim Mulkey five wins shy of her 600th victory. If the Lady Bears don’t stumble between now and then, she could pick up the win at Texas Tech on February 18. This also marks Baylor’s 40th straight Big 12 regular-season win on the road, which is the third best conference road win streak in NCAA history.

As the Big 12 begins the second half of conference play, Baylor sits at the top of the standings with an undefeated 8-0 record, while Texas slides to third at 6-3.