Recap: No. 3 Oregon cruises to road win over No. 7 UCLA 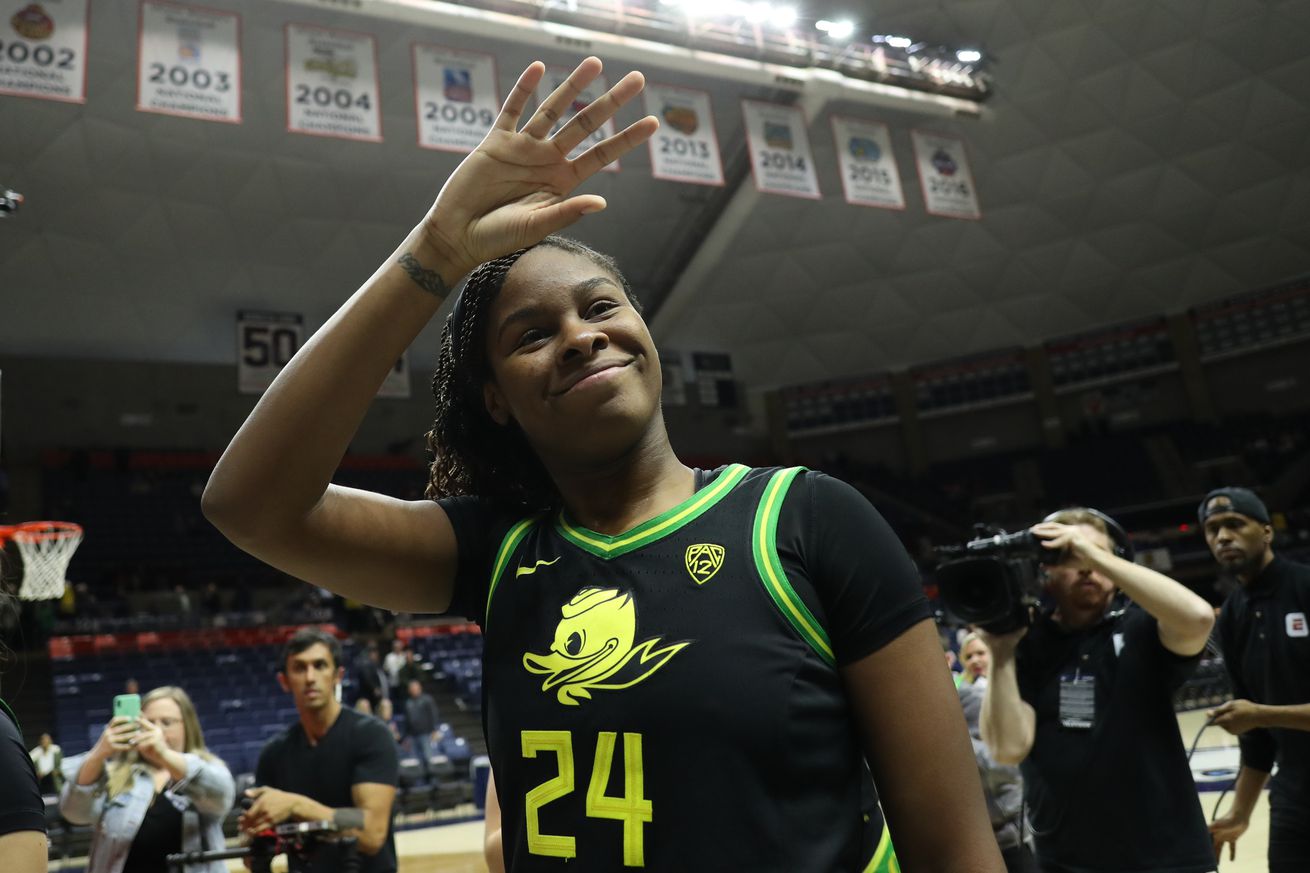 Ruthy Hebard led all scorers with 30 points in the Ducks’ win over the Bruins. | David Butler II-USA TODAY Sports

Led by the unstoppable Ruthy Hebard, the No. 3 Oregon Ducks earned an easy win on the road against the No. 7 UCLA Bruins, capping a historic night for Sabrina Ionescu.

The No. 3 Oregon Ducks led wire-to-wire in their 80-66 win over the No. 7 UCLA Bruins. This marks the 11th straight win for the Ducks, having not lost since Jan. 10. For UCLA, it is its first home loss and its third Pac-12 loss of the season.

The Ducks built a 20-point lead by halftime and cruised the rest of the way. The Bruins cut the lead to 10 points with two minutes left in the final quarter, but never seriously challenged the Ducks. UCLA played a pretty clean game — just eight turnovers — and won the offensive rebounding battle 17-13.

If that wasn’t enough, Ionescu is marching towards another accomplishment of her storied career:

On the losing side, Michaela Onyenwere led her team with 23 points, marking her third straight game (and twelfth on the season) with at least 20 points.