The significance of Candice Storey Lee 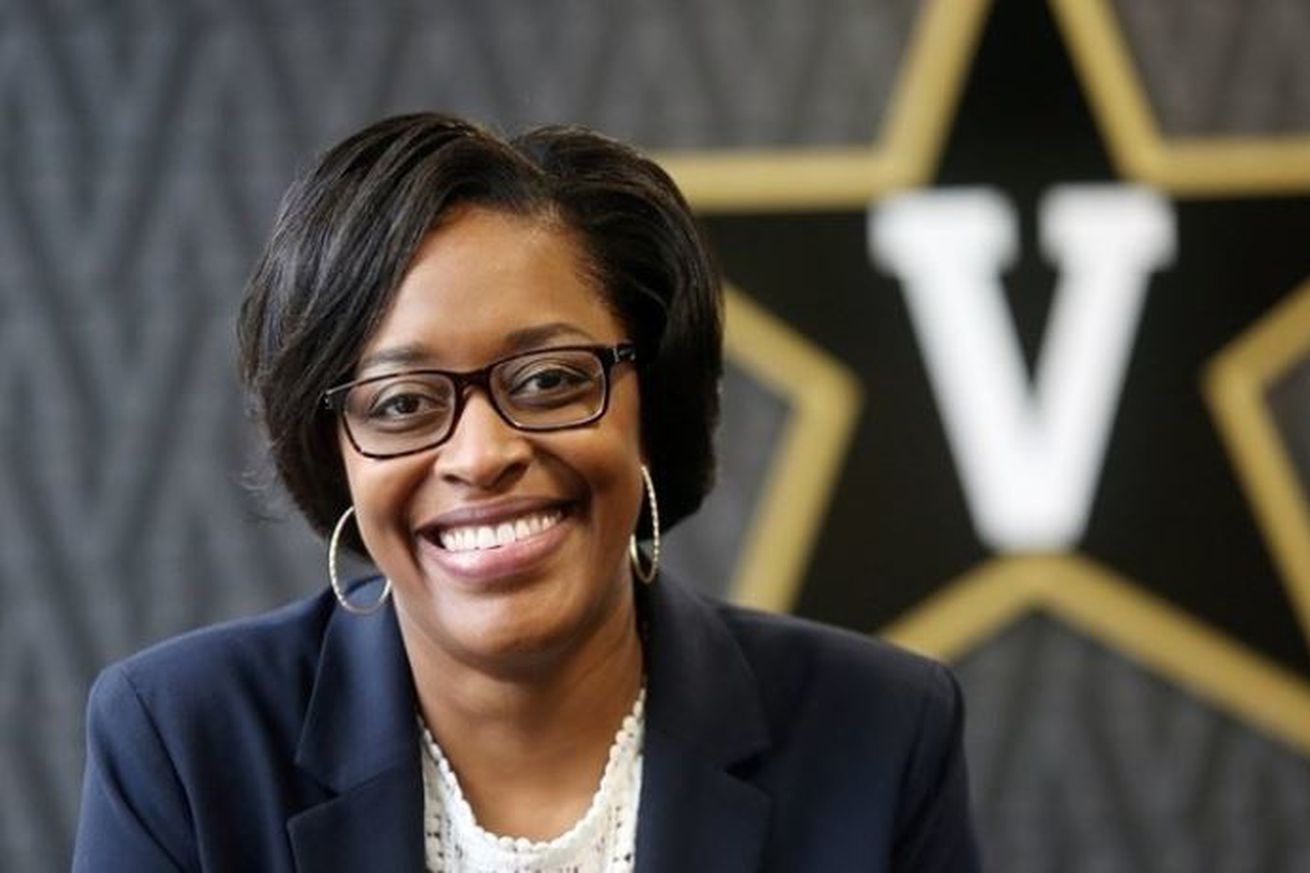 When Vanderbilt named Candice Storey Lee its athletic director, she became the first black woman to serve in that role in the SEC, and only the fifth woman currently leading the athletic department of a Power Five school. Here’s why her hiring is so significant:

In recent years, those at the head of the benches of the women’s basketball teams of the SEC increasingly have looked like the young women on the court.

Since South Carolina hired the game-changing Dawn Staley in 2008, five other programs have turned their women’s hoops programs over to women of color — Nikki Fargas at LSU (2011), Terry Williams-Flournoy at Auburn (2012), Joni Taylor at UGA (2015), Yolett McPhee-McCuin at Ole Miss (2018) and Nikki McCray at Mississippi State (2020).

Prior to Staley assuming leadership of the Gamecocks, only two women of color had served as head coaches of women’s basketball teams in the SEC — Peggie Gillom-Granderson at Ole Miss (1998-03) and Carolyn Peck at Florida (2002-07).

The hire that will inspire generations and take Vanderbilt to new heights.

Here’s the reaction from around the country to @VanderbiltU selecting Candice Storey Lee as the next @VandyAD.#AnchorDownhttps://t.co/qqiR07w6ru

Yet, it is important to appreciate the distinct significance of Lee’s elevation.

Lee has been empowered to lead all the persons — coaches, athletes and other staff; men, women and non-binary; black, brown and white — who are part of the institution’s athletic infrastructure, endowing her with a level of leadership responsibility rare for women of color in sports or society.

The problems with progressive hiring practices in women’s college basketball

While it is worth celebrating the representational power of the SEC’s women’s basketball coaches of color, it also is important to understand the limitations of this symbolism.

In the SEC, there is only one woman of color who is a head coach in another sport. Connie Price-Smith has served as the head coach of Ole Miss’s track and field team since 2013. Otherwise, only four other women of color hold coaching positions with a modicum of authority:

Yes, the longstanding racialized socialization of the sport of basketball means that women of color are more likely to possess the expertise and experience required to coach basketball in a Power Five conference.

However, young women of color increasingly populate the rosters of the SEC’s softball, volleyball and soccer teams. But because more young white women also play these sports, they remain coded as “white,” which, in turn, continues to position white men and white women as the “most qualified” coaches for these sports.

Unintentionally or not, women’s basketball programs have become progressive “ghettos,” for lack of a better term. The sport’s hiring practices can communicate visible change, even as such practices simultaneously perpetuate racialized understandings about sports, knowledge and power. A greater number of women of color coaching women’s college basketball (but only women’s college basketball) is a form of demonstrable yet deceiving progress in college sports.

Like many matters that involve the intersection of gender, race, opportunity and authority, it is quite the conundrum.

AD Story Lee can shift assumptions about power in sports

Lee’s hiring, however, challenges, and has the potential to alter, this pattern.

Her position does not mean that Vanderbilt, which currently employs no women of color as head coaches, suddenly will hire more women coaches and officials of color.

Rather, as the leader of an elite institution’s athletic department, Lee ascends to a position long understood as a privileged province of white male patriarchal power. As such, her status can encourage a wider revisioning of the politics of power in sports, providing tangible evidence of a woman of color leading all types of people, not just those who also look like her.

It is important to recognize that Lee possesses a sparkling resume. She could not just be qualified; she had to be supra-qualified. Vanderbilt’s official announcement emphasizes Lee’s unimpeachable credentials:

As a captain and four-year letter winner for Vanderbilt’s women’s basketball team, Lee graduated with a bachelor of science degree in human and organizational development in 2000. She also received her master’s degree in counseling from Vanderbilt in 2002, and in 2012, Lee earned her doctorate from Vanderbilt in higher education administration.

The barrier to entry for those who break the mold is high. In contrast, doors to the upper-echelon of university athletic administration often easily opens for a white male former football coach.

Furthermore, that Vanderbilt was the first SEC to make such a move should not be ignored. In the mid-1960s, the SEC’s lone private institution also was the first school to integrate its primer men’s sports teams, with Nashville-native Perry Wallace joining the Commodore basketball team in 1966. In 1977, the school issued its first scholarship to a black woman athlete, basketball player Teresa Phillips.

Meet her inspiration, Teresa Phillips, who paved the way at Vandy. pic.twitter.com/Ygn1bM7dfi

Unlike the SEC’s public schools, Vanderbilt is not subject to the political and financial pressures imposed by the governments of southern states. Well into the twenty-first century, the states of the Southeast mostly remain controlled by officials committed to the preservation, even intensification, of white patriarchal power. In short, it would be optimistic to assume that other SEC athletic programs soon will follow Vanderbilt’s lead, a circumstance that underscores Lee’s significance.

Nevertheless, it is worth wondering if the state of Tennessee’s other SEC institution could provide a pleasant hiring surprise? Might the nearly 70-year-old Phillip Fulmer, athletic director at Tennessee since 2017, one day pass the torch to Kara Lawson or Candace Parker, two women of color and Lady Vol legends who have demonstrated their sports intelligence and acute business acumen as an NBA assistant coach and analyst?

Lee’s hiring at least makes such a possibility imaginable.