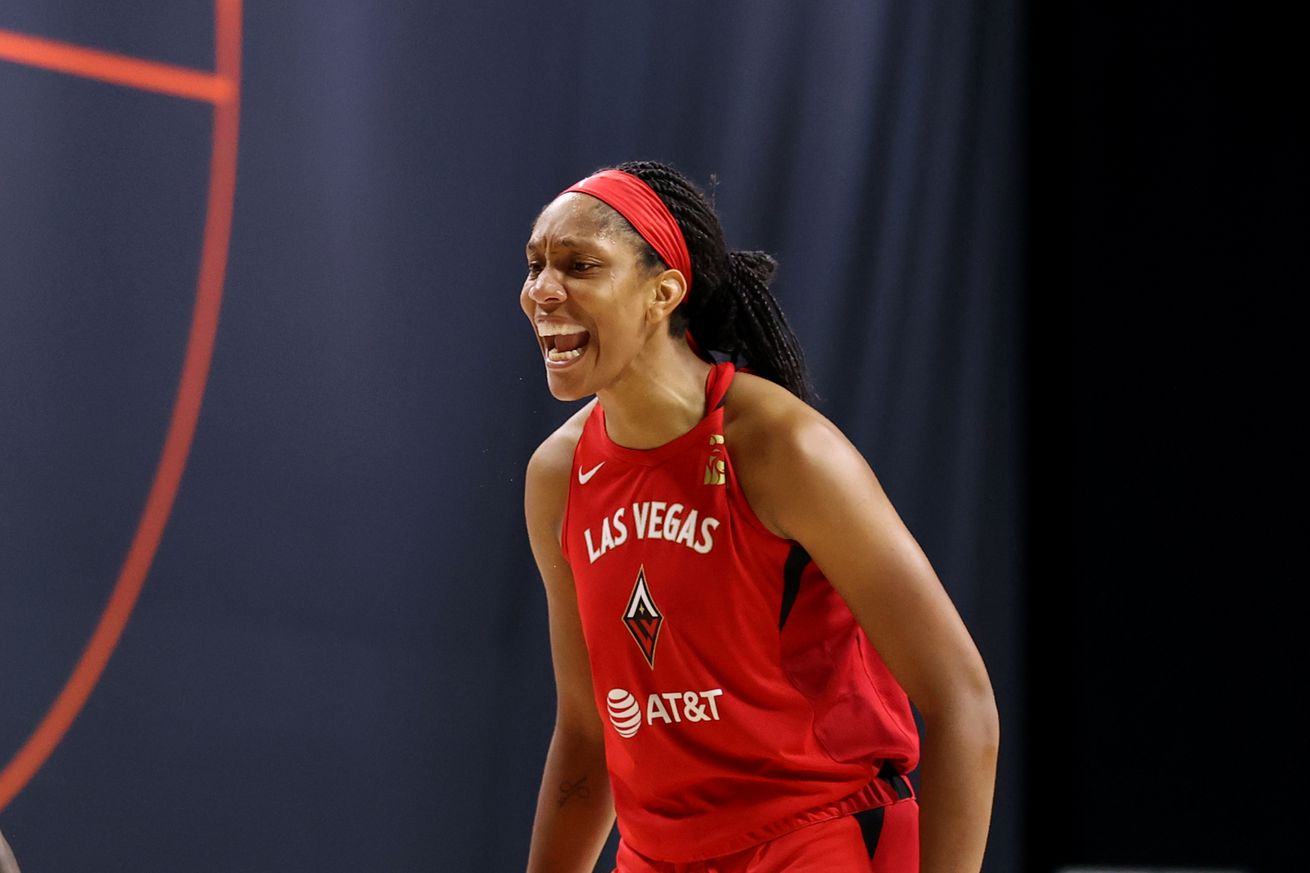 A’ja Wilson, the 2018 Rookie of the Year and a two-time All-Star, was named the 2020 WNBA MVP. Her elite scoring and league-leading blocking helped her Las Vegas Aces to the No. 1 seed entering the 2020 WNBA Playoffs. | Photo by Stephen Gosling/NBAE via Getty Images

A’ja Wilson was named Western Conference Player of the Month twice in the 2020 season, a span in which her Las Vegas Aces compiled a 17-2 record. The No. 1 overall pick in the 2018 WNBA Draft, Wilson is the 2018 WNBA Rookie of the Year and a two-time All-Star.

When A’ja Wilson steps onto the court for the Las Vegas Aces’ semifinals series against a to-be-determined opponent, it will be with MVP energy.

The WNBA announced on Thursday that Wilson — the Rookie of the Year in 2018 by unanimous vote and two-time All-Star — has been named the 2020 Most Valuable Player.

In the final game of the regular season, Wilson scored a team-high 23 points and, as representative of her season and abilities overall, contributed seven rebounds, three blocks and two assists to the Aces’ two-point win to eclipse the Seattle Storm for the No. 1 seed. With center Liz Cambage out for the season, the Aces’ offense has run through Wilson who, in 31.7 minutes per game for the 22-game season:

“Wilson received 43 of 47 first-place votes and 458 total points from a national panel of sportswriters and broadcasters,” according to a league press release.

Seattle Storm forward Breanna Stewart, the 2018 MVP, and Chicago Sky guard Courtney Vandersloot were the only other players to receive first-place votes — three and one, respectively.

Wilson is a protege of Hall of Famer Dawn Staley, head coach of the South Carolina Gamecocks, and considers her a second mom. “A’ja has loved on the game of basketball for as long as I’ve known her, and the game is loving her back in the form of this recognition,” Staley said. “We are proud of her great work on the hardwood and being a change agent for social justice.”

To celebrate her MVP season, Wilson will receive $15,450 and a trophy designed by Tiffany & Co.

The WNBA also announced on Thursday the recipients of the Rookie of the Year and Coach of the Year awards. Both from the Minnesota Lynx, they are: Crystal Dangerfield and Cheryl Reeve.