Candace Parker: ‘That’s the minority in the world but the majority in our league’ 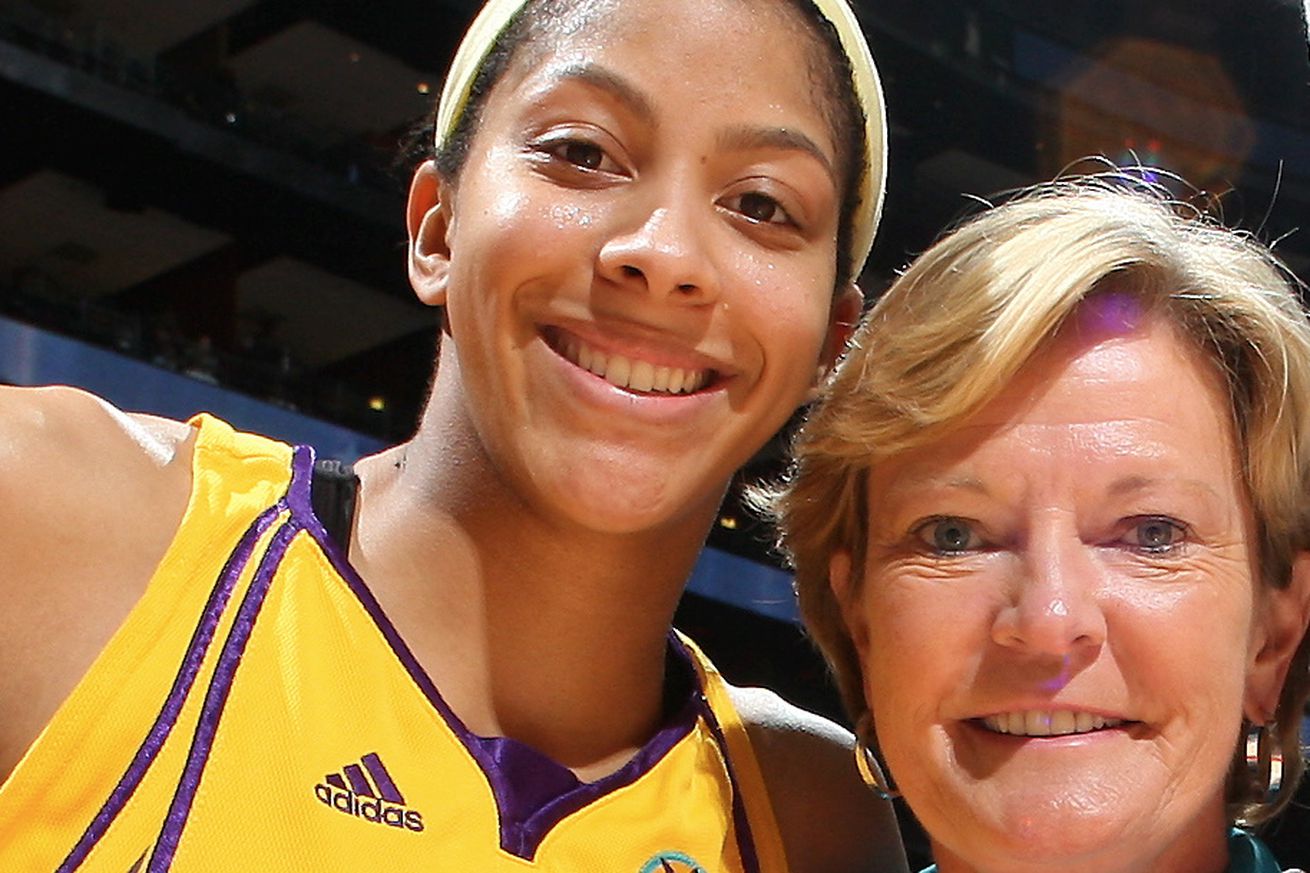 Candace Parker (left) and Pat Summitt as seen at a WNBA game between Parker’s Los Angeles Sparks and the Atlanta Dream at Philips Arena in Atlanta on August 23, 2009. | Photo by Scott Cunningham/NBAE via Getty Images

On the “Just Women’s Sports” podcast, United States Women’s National Team soccer player Kelley O’Hara interviewed Candace Parker, who explains why the WNBA wants to be and has to be at the forefront of social change. Parker also shares her thoughts on Pat Summitt, being left off the 2016 Olympic team and more.

Parker, like so many WNBA players, has been at the forefront of advocating for social change in recent months and stressed the importance of visibility in the workplace. She also discussed what it is what like growing up as one of the only Black kids in her hometown of Naperville, Ill., a suburb of Chicago.

Parker also spent a lot of time reminiscing about playing soccer before switching to basketball, her rise to basketball stardom, her relationship with the late Pat Summitt, who coached her at Tennessee, and her Hall of Fame career with the Sparks. The two-time WNBA MVP also explains her determination to dunk like her brothers, getting recruited by Tennessee, playing on a competitive Sparks team with Lisa Leslie when first entering the WNBA and the adversity she faced in 2016 before winning her first WNBA championship.

Parker’s thoughts on Summitt get personal — she shares a behind-the-scenes look at things many people may not know about the legendary coach. Parker also talks about her relationship with her daughter, Lailaa Williams, and how that relationship has changed the way she approaches life and basketball.