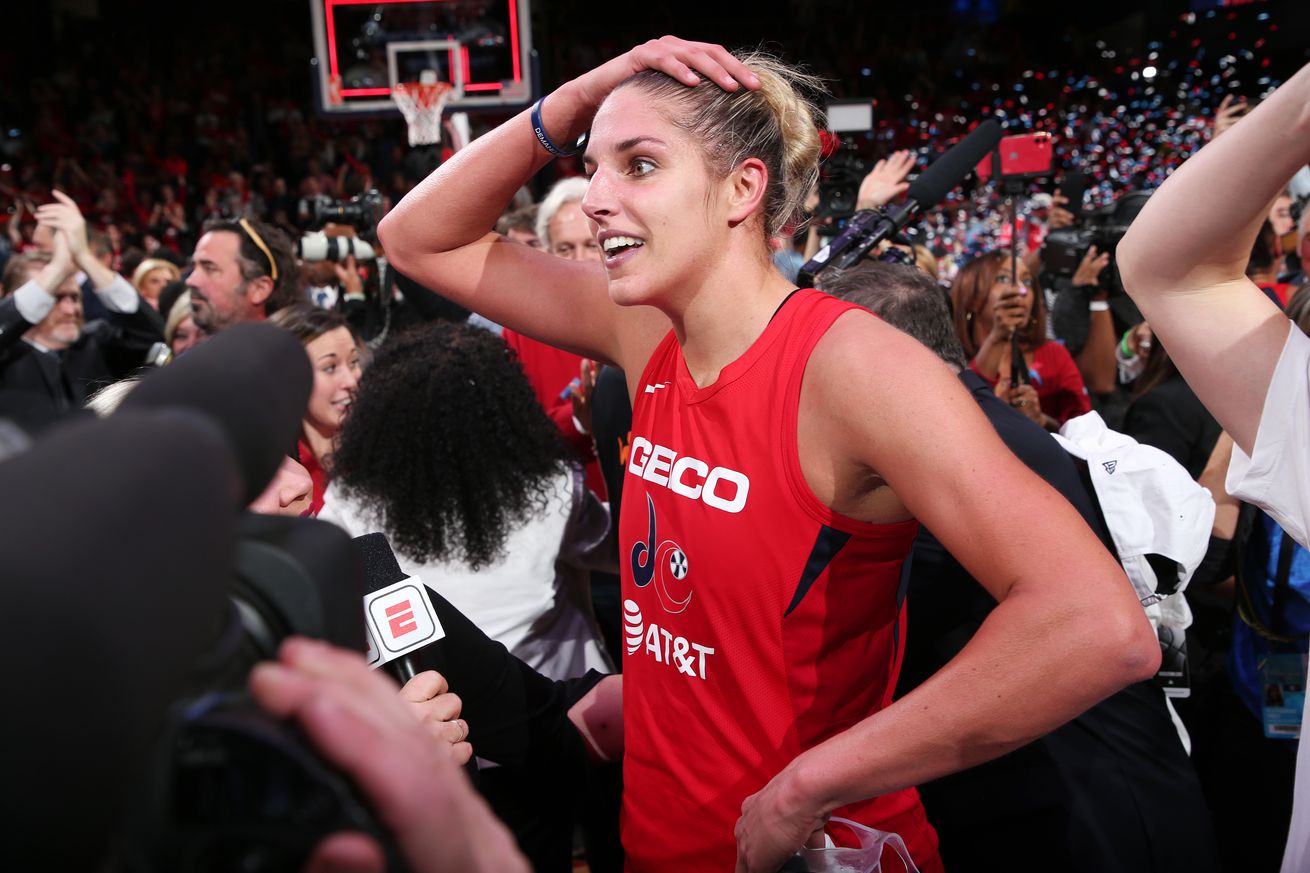 Elena Delle Donne’s exultation about winning the 2019 WNBA Championship has been replaced exasperation over her status for the 2020 WNBA season. | Photo by Ned Dishman/NBAE via Getty Images

In a surprising decision, the WNBA’s designated panel of physicians denied 2019 league MVP Elena Delle Donne medical exemption from the 2020 season. Delle Donne, who has Lyme disease, must forgo her salary if she sits out the season.

In an ideal world, Elena Delle Donne’s utmost concerns would be defending her 2019 WNBA MVP award and the Washington Mystics’ 2019 WNBA title. Instead, she must first determine if she feels comfortable taking the court.

Because she has Lyme disease, Delle Donne applied for paid exemption from the 2020 season. On Monday night, ESPN reported that, after the evaluation of a panel of physicians, Delle Donne’s request was denied.

A panel of physicians have denied Elena Delle Donne’s request to opt out of the 2020 season due to medical reasons, according to the Washington Mystics star and reigning WNBA MVP. https://t.co/LUueuvsNp7

“The independent panel of doctors the league appointed to review high-risk cases have advised that I’m not high risk, and should be permitted to play in the bubble,” Delle Donne announced in a statement.

According to ESPN’s John Barr and Sarah Spain, “Lyme disease is not included on the Centers for Disease Control and Prevention’s list of underlying conditions that could put someone at an increased risk for severe illness from COVID-19.”

The rather surprising decision puts Delle Donne in a difficult spot.

It also puts the WNBA in an awkward, unflattering position.

Although the WNBA has organized an exceptional single-site season at IMG Academy in Bradenton, Florida, to guard against the perils of the coronavirus, the precautions are imperfect, and evidence from around the sports world shows the virus’ ability to penetrate the protections designed to preserve player health.

Allowing players with underlying conditions to opt out, with pay, thus served as an extra precautionary measure. It ensured that no player would feel pressured to endanger her health in order to receive full compensation for the 2020 season.

Jessica Breland of the Phoenix Mercury — a cancer survivor who missed her 2009-10 college season while battling Hodgkin’s lymphoma — was granted a medical exemption from the 2020 WNBA season.

WNBA fans are well aware of Delle Donne’s struggle with Lyme disease; it has disrupted her professional career on multiple occasions. It, thus, was widely presumed that she would not participate in the 2020 season, with her absence approved due to her illness. Delle Donne and her camp apparently were of the same mind. Her agent, Erin Kane, told ESPN, “When I talked to Elena, her initial reaction was disbelief.”

Additionally, it could be assumed that the WNBA and its physicians would be conservative and cautious in making medical determinations. While the league is incentivized to avoid a potential health disaster, it also makes sense for decision-makers to be extra sensitive to the heightened emotional and mental states of those with health concerns. Recently, Skylar Diggins-Smith shared that she is “conflicted” about participating in the 2020 season, an indication of the personal, private challenges that all players are wrestling with.

Yet, shockingly, the WNBA is seeming to put a spotlight on Delle Donne and require that she make a difficult decision about her health.

Has the WNBA abandoned necessary caution?

Even though the CDC does not consider Lyme disease a higher-risk precondition for COVID-19, prioritizing player well-being would seem to be the wiser, safer decision, especially since so much remains unknown about the novel coronavirus. That Dr. Anne Retting, the team physician for the Mystics, designated Delle Donne “higher risk” while also clearing her to play is confusing and appears to go against the precautionary approach that decisions related to the coronavirus should demand.

“I know doctors don’t always agree with each other and that there are different opinions on certain things within the medical community, and now I have a player who is in an incredibly difficult situation because of the way things lined up,” Kane noted.

Although the WNBA is not forcing Delle Donne to play — she can still opt out of the 2020 season if she forgoes her salary — the decision of the physicians’ panel reflects poorly on the league for the impression it gives that the WNBA lacks necessary concern and compassion for player health.

As the virus rages across much of the United States, and especially throughout the state of Florida, the WNBA could model methods for navigating the challenges presented by the pandemic — with an abundance of caution. It should be going to the greatest lengths to guarantee the health of players and staff, as well as the behind-the-scenes workers at IMG Academy.

Delle Donne shared with ESPN her exasperation with the league’s decision, stating:

I love my team, and we had an unbelievable season last year, and I want to play! But the question is whether or not the WNBA bubble is safe for me. My personal physician who has treated me for Lyme disease for years advised me that I’m at high risk for contracting and having complications from COVID-19.

The Mystics have indicated their support for Delle Donne and the individual decision she now must make.

Head coach and general manager Mike Thibault told ESPN, “As with all of our players, we have and will support Elena throughout this process. The health and well-being of our players is of the utmost importance.”

New Mystic Tina Charles, who also requested paid exemption from the 2020 season for an underlying medical reason, is still awaiting the results of her evaluation.