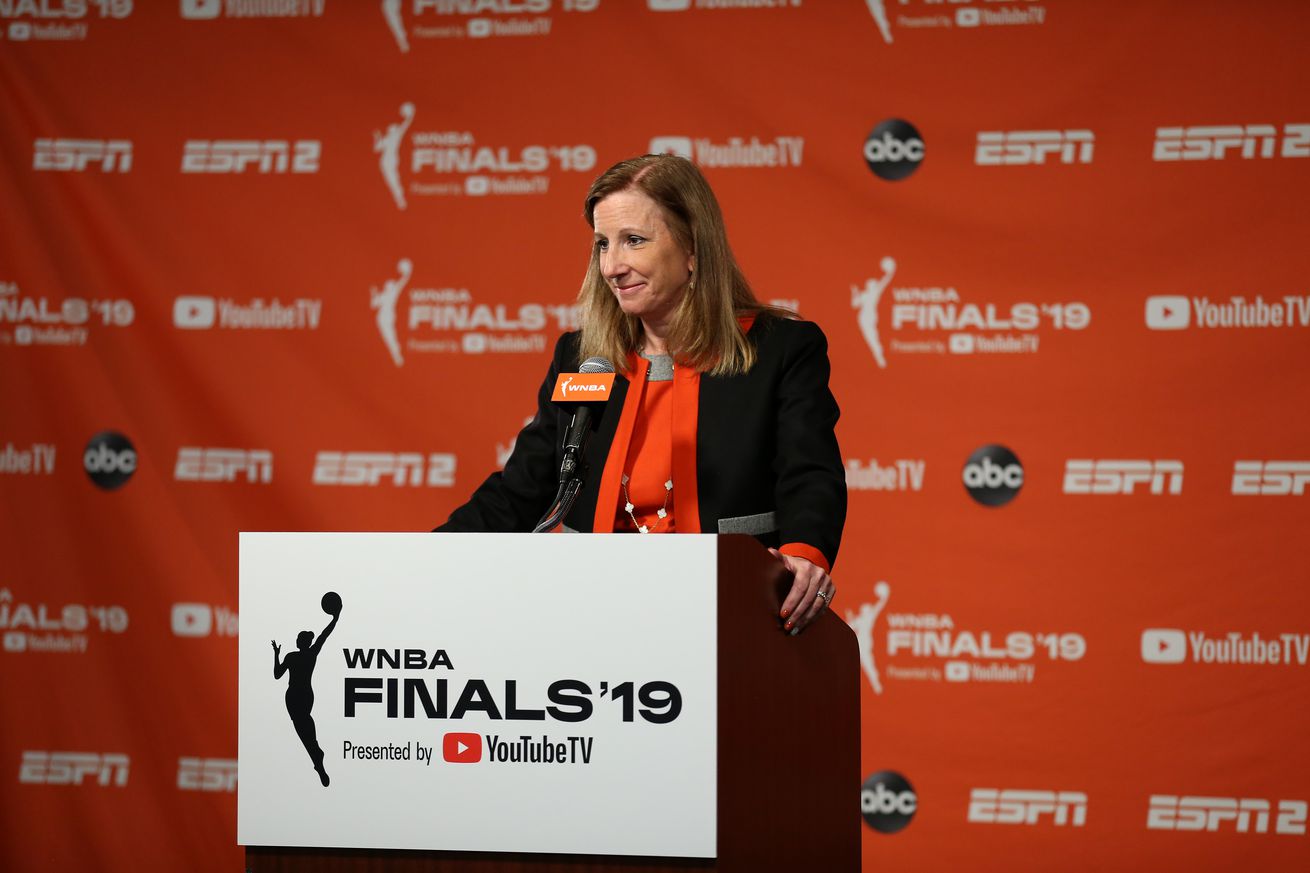 Cathy Engelbert as seen at the 2019 WNBA Finals. | Photo by Stephen Gosling/NBAE via Getty Images

Cathy Engelbert, the commissioner of the WNBA, went on a conference call on Wednesday and revealed good news about where the 2020 season is headed.

When the global COVID-19 pandemic continued into May, it pushed the start of the 2020 WNBA season back by nearly two-and-a-half months. When commissioner Cathy Engelbert came up with a plan to still have the season, she was commended for being organized and on top of things in the face of adversity.

When IMG Academy in Bradenton, FL was chosen as the location for the season, the hope was the virus was on its way out in Florida. Now that is not the case, but the WNBA has not wavered from its plan.

Takeaways from the conference call

Engelbert said only two players tested positive during the quarantine period in Bradenton, and no additional players have tested positive since. She stressed “following the science” of the virus and said that the league has been “really stringent.” Masks and social distancing are required at all times except during games.

“Thankfully the positive tests we’ve had have not been symptomatic or anything serious,” Engelbert added.

The commissioner was also asked about Elena Delle Donne, who wrote in The Players’ Tribune about her dissatisfaction over not being granted a medical exemption by an independent panel of doctors despite having Lyme disease, which causes fatigue. Engelbert maintained that it was an independent panel that the league had no power over and that the talent level of the player was not a factor.

Engelbert has received praise for her support of Black Lives Matter, #SayHerName and other social justice initiatives WNBA players have been a part of in recent months. She has denounced Atlanta Dream part-owner Kelly Loeffler’s call to not put the names of black female victims of police violence on the back of WNBA jerseys. One victim, Breonna Taylor, will have her name on every WNBA players’ jersey for the 2020 season.

Engelbert said she wants WNBA players (both those who have opted out and those who are going to play) to be able to use their platforms as professional athletes to the best of their abilities. She also said that she does not think that Loeffler’s statements will affect the momentum of the league, adding, “I’d be betting on the WNBA players right now that they’re going to be successful in getting their voice heard.”