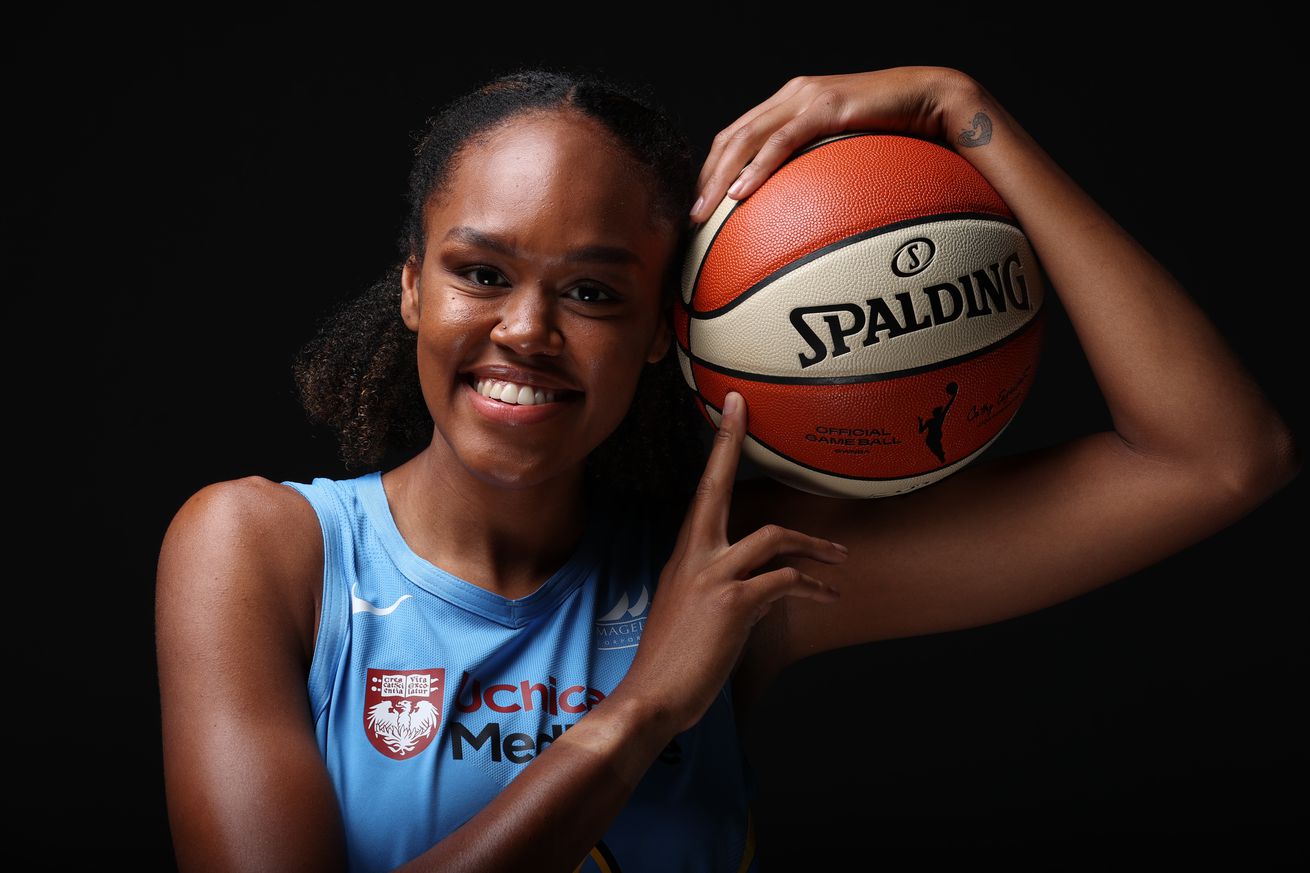 A change of scenery (as well as a clean bill of health) should do Azurá Stevens some good in 2020. | Photo by Ned Dishman/NBAE via Getty Images

The WNBA will soon begin a highly unorthodox season full of question marks. For some players, it will be a chance to prove themselves in larger roles and accelerate their careers.

With less than a week to go before the WNBA begins its 2020 season, the effects of the COVID-19 pandemic have already ravaged the league. The WNBA will be holding its games in a remote location in Bradenton, Florida, with its players, coaches and staff housed in a remote “bubble” at IMG Academy.

These extraordinary circumstances — along with the ongoing pandemic itself — have put a great strain on the WNBA and its players, with some of them choosing to opt out of the 2020 season in the interest of their health or other matters, such as social justice reform. The domino effect of these opt-outs yields teams with shorthanded rosters — some of which are shells of their ideal selves.

The situation is, however, a big opportunity for a handful of WNBA players who get moved up their respective teams’ totem poles. Whether it be a result of more minutes or a new role, they’re set to have career years within the bubble, and should be followed throughout the season as they continue their ascent to basketball stardom.

Here are just a few of these players.

It’s going to be an interesting season for the Lynx, who appear to be in a sort of holding pattern after what some would call a disappointing free agency period. The team missed out on big-name free agents they were rumored to be chasing — Skylar Diggins-Smith, in particular — while losing point guard Danielle Robinson to the Las Vegas Aces. The Lynx’ other lead guard, 2019 All-Star Odyssey Sims, recently gave birth to her first child and remains quiet on her status for 2020.

That means Minnesota’s ball handling duties will likely fall to Lexie Brown, who is entering her third season in the WNBA. Brown, who was traded to Minnesota after an unspectacular rookie season in Connecticut, established herself as one of the league’s best shooters as a sophomore (her 1.106 points per possession on jump shots ranked in the 94th percentile, per Synergy Sports), but she’ll now have to prove that she can run an offense as well.

It won’t be an insurmountable task. Brown has plenty of point guard experience from her college days at Maryland and Duke — both high-level programs. And with only rookie Crystal Dangerfield backing her up, Brown should get an abundance of reps as Minnesota’s primary distributor.

With Jantel Lavender recovering from a procedure on her foot, Chicago’s frontcourt is down to four traditional bigs. While Cheyenne Parker might get a much-deserved spot in the Sky’s starting lineup and rookie Ruthy Hebard will likely be pressed into action as well, it’s Azurá Stevens who stands to benefit the most from the opportunity.

Stevens, who earned a spot on the WNBA All-Rookie Team in 2018, missed much of her sophomore season due to a lingering foot injury of her own. She’s now healthy again, though the Dallas Wings were willing to part with her in exchange for Katie Lou Samuelson and a second-round draft pick.

The Sky are hoping to make the Wings regret that decision. Stevens’ length, athleticism and skill with the basketball have always made her an intriguing prospect, and she showed flashes of fulfilling that potential as a rookie. Now in her third season, Stevens will get plenty of playing time in a fast-paced Chicago offense with more than its fair share of playmaking.

Astou Ndour’s story intertwines with that of Stevens. Another rangy, skilled frontcourt player, Ndour was originally drafted by the San Antonio Silver Stars in 2014. Then just 19 years old, she never truly got a chance to shine in San Antonio, though she continued to build her international resume in Turkey and Spain.

Ndour was traded to Chicago prior to the 2018 season, and she enjoyed more success there. In particular, Ndour was inserted into the Sky’s starting lineup when Lavender injured her foot in August 2019, and the team benefited from her 3-point shooting and rebounding.

Ndour’s strong play down the stretch attracted the attention of other teams in free agency, and Chicago was ultimately unable to keep her, sending her to Dallas in a sign-and-trade. It’s a hefty contract: Ndour will be under Wings control for three years, according to the High Post Hoops salary database, and is set to earn $185,000 in 2020.

It’s difficult to see the Wings investing that much in a player to whom they don’t plan on giving a significant role. At 6-foot-5, Ndour is the tallest player in a Dallas frontcourt that struggled to defend the paint last season. Expect her to turn those brief stretches of production in Chicago into full-time numbers for the Wings.

The defending champion Mystics have been hit harder by opt-outs than any other WNBA team. Reigning MVP Elena Delle Donne, Tina Charles, LaToya Sanders and Natasha Cloud have all either opted out or been granted a medical exemption (Delle Donne’s request for an exemption was denied, but the Mystics are compensating her anyway), creating enormous upheaval in Washington’s starting lineup.

Making matters worse for the Mystics, they’ll be forced to roll with just 10 players due to salary cap rules.

It’s certainly not an ideal situation for Washington, but it does open up big windows for a few players who would have otherwise had marginal roles. One of those is forward Myisha Hines-Allen, who last played behind Delle Donne, Sanders and Emma Meesseman and averaged just 7.8 minutes per game for the 2019 champs.

Hines-Allen will now be used in a much larger capacity in her third WNBA season. Washington currently has only four traditional frontcourt players on its roster (Hines-Allen, Meesseman, Tianna Hawkins and Alaina Coates), so head coach Mike Thibault might go with smaller lineups in some cases.

Even so, it’s a golden opportunity for Hines-Allen, who posted offensive and defensive rebounding rates of 14.7 percent and 18.7 percent, respectively, in her limited time last year. At 6-foot-1, she’s undersized, but she makes up for that with energetic and physical play. We’ll see if that’s enough to solidify a consistent starting role in 2020.

It’s a new era in New York (well, Bradenton, but still), and the rebuilding Liberty will be rolling out a roster featuring seven rookies — three of which are frontcourt players. Leaonna Odom, Kylee Shook and Joyner Holmes will all be fighting for minutes up front, and the team needs a veteran presence to step up and lead the group.

Amanda Zahui B. seems like the most likely choice for such a role. First-year Liberty head coach Walt Hopkins told The Next that he expects her to be “a big piece of what [the Liberty] do on both ends of the floor.” Zahui B. was even dubbed “a superstar in the making” by ESPN’s Holly Rowe.

That’s high praise for a player who has appeared in 12.7 minutes per game in her career, though those numbers have been trending up in recent years (15.9 minutes per game in 2018 and 23.3 — along with 23 starts — in 2019), and there’s no reason why that shouldn’t continue this season. The 26-year old Zahui B. is a veteran now, and Hopkins clearly intends to task her with leading his young team both on and off the court.