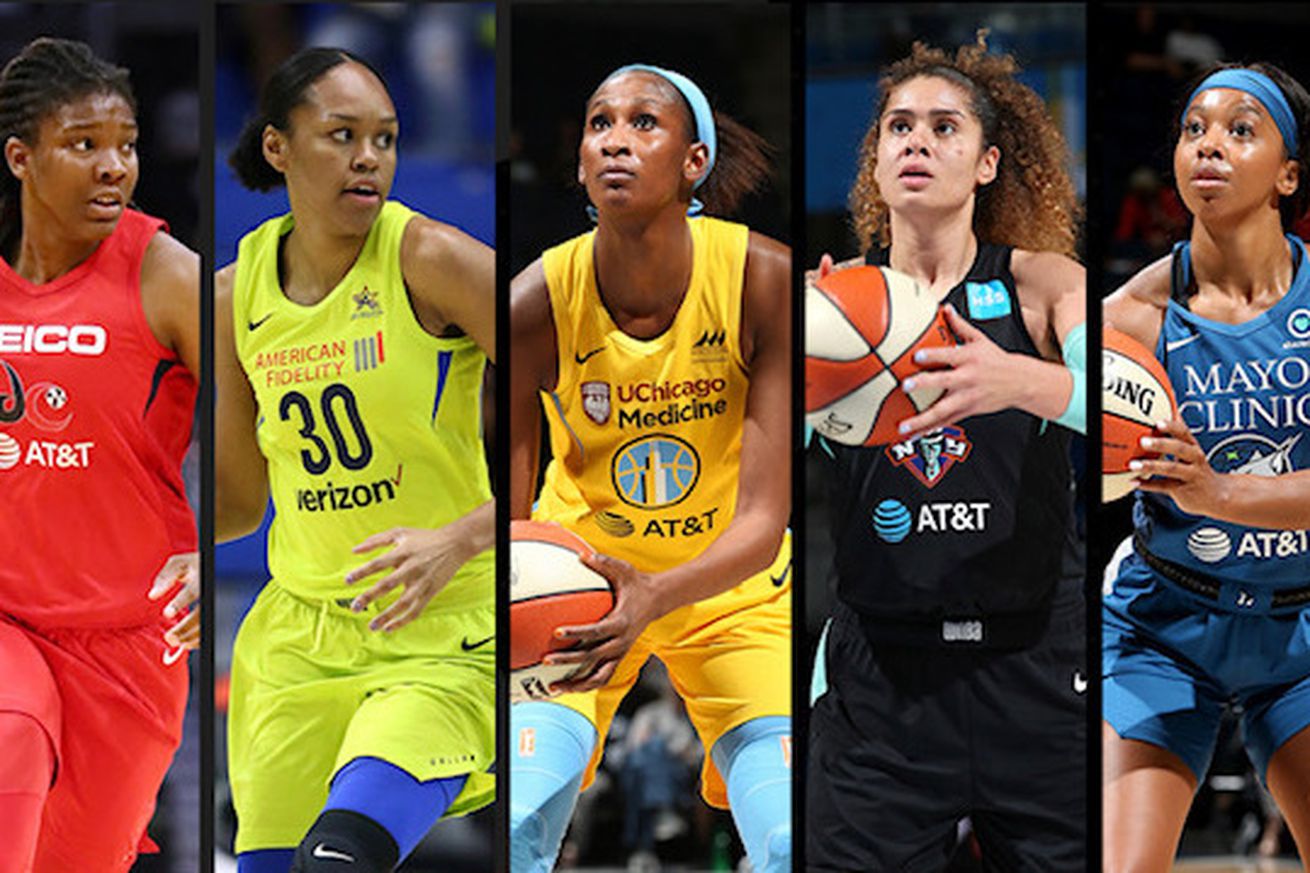 The opening weekend of the 2020 WNBA season saw quite a few up-and-coming players make their presences known. Household names like Breanna Stewart and Angel McCoughtry put up great stats but it was the league’s unsung heroes who stole the main storylines, starting with Myisha Hines-Allen of the Washington Mystics.

Hines-Allen shattered her career high in scoring by 12 points to lead the depleted Mystics with a game-high 27 points in a blowout victory over the Indiana Fever. She was a no-brainer to top of this list given her movement from an end-of-the-bench player in her first two seasons to breakout performer in her first game of this season.

Of her incredible performance, which also included 10 rebounds, Hines-Allen said:

Every game is going to be different. I’m never going to know what’s going to happen. My whole thing is just taking it game-by-game. My coaches and my teammates, they kept giving me confidence before the game, (saying) ‘don’t hesitate to shoot the jump shot.’ And (La)Toya (Sanders) texted me before the game too, just giving me pointers (on) how to defend. So all-around I just felt like I had a lot of support. You can’t go wrong when you have a lot of support in your corner. So I kind of knew that it was going to be a good game, but didn’t know it was going to be one like this.

Mitchell quietly scored 25 points for Indiana in the loss to Hines-Allen and the Mystics. She scored nearly one-third of her team’s points and shot 5-of-7 from downtown. A prolific scorer for the Ohio State Buckeyes, Mitchell’s scoring average has been in the low teens through her first two WNBA seasons. She is certainly capable of one day averaging over 20 points per contest and left the weekend tied with Angel McCoughtry of the Las Vegas Aces for the third-best scoring output during the league’s season-opening weekend.

Williams looked really good handling the ball as well as shooting it, going 6-of-8 from the field. She finished with 14 points and seven rebounds, and was a key part of the Sky’s win. Expect the UConn product to accomplish even bigger and better things over the course of the 2020 season. She looked confident on Sunday and has skills that could make her difficult to stop.

Don’t forget about Hartley, who is the next-best player on the Mercury after their big three of Brittney Griner, Skylar Diggins-Smith and Diana Taurasi. She scored 11 points and had five rebounds, five assists and two steals in Phoenix’s loss to the Los Angeles Sparks. That ended up being a better all-around performance than any member of the big three.

Zahui B. notched 10 points and eight rebounds in the Liberty’s season-opening loss to the Seattle Storm. New York’s first-year head coach Walt Hopkins mentioned when he was hired that he wanted his players to avoid taking too many long twos and shoot more 3-pointers based on analytics that determine the league’s best offenses. He later traded Tina Charles, who is known for her mid-range game, to the Mystics, perhaps seeing Zahui B.’s potential to become a good 3-point shooter at 6-foot-5. The sixth-year player out of Minnesota took seven threes (second in the contest behind only Sabrina Ionescu) and made two of them.

Stevens scored seven points in the first five minutes of Chicago’s win over the Las Vegas Aces and recorded 10 of her 12 points in the first quarter. The 6-foot-6 center was a thorn in the Aces’ side early, demonstrating how difficult she is to guard on the perimeter. Her play kept things close, allowing the Sky to walk away with a two-point victory in the end.

Brown finished with just four points, one rebound and a steal, but started and played nearly 30 minutes. Her plus/minus was -3 and Minnesota head coach Cheryl Reeve opted to stick with rookie point guard Crystal Dangerfield over Brown during a critical stretch in the fourth quarter. Still, Brown’s endurance was impressive and she will start knocking down clutch shots eventually, just like last year.

Ndour scored just five points in what was a disappointing loss for the Wings at the hands of the Atlanta Dream. The 6-foot-5 center started but played only 13 minutes. Ndour averaged 6.8 points and 4.2 rebounds with Chicago in 2019 and is expected to improve this season. We’ll see if she can bounce back from a lackluster opening-day performance when Dallas takes on New York on Wednesday.

A new breakout player to watch

Monique Billings of the Dream was not on Swish Appeal’s lists of players expected to have breakout seasons. Billings’ 30 points in Atlanta’s win over Dallas was league high for weekend play and her 13 rebounds ranked second. Duly noted: Billings has put Swish Appeal, and the league, on notice.