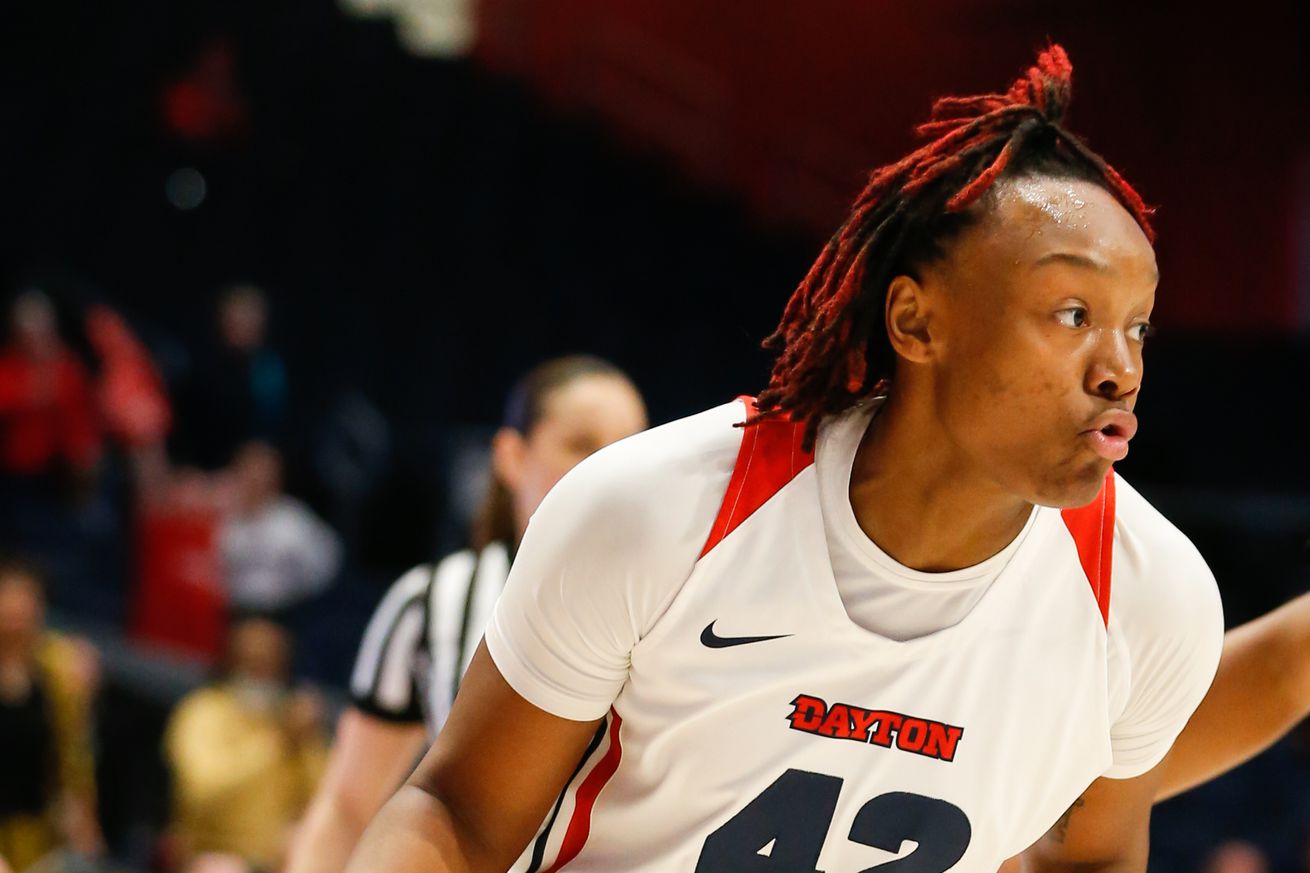 The Dayton Flyers, led by Jayla Scaife, Erin Whalen and Atlantic-10 Coach of the Year Shauna Green, cruised to a 15-1 regular season in the A-10 and a thrilling championship finish.

The Flyers would have made the NCAA Tournament for the ninth time in program history had it not been for the COVID-19 pandemic canceling the Big Dance.

This was a bounce-back year for the Flyers who went 17-14 overall and 10-6 in conference play in 2018-19 before losing to the Northwestern Wildcats in the first round of the WNIT. One very noticeable improvement was the Flyers’ success outside of Dayton. They went 4-13 in road and neutral games combined last year, compared to their 11-6 record this year.

Senior guard Jayla Scaife led Dayton with 13.3 points per game this year and also averaged 5.7 rebounds. She was placed on the All-Atlantic-10 First Team, while teammate Erin Whalen (a redshirt junior) made the Second Team after registering 12.2 points and 4.8 boards per game.

And, due to the team’s eight-win improvement, Flyers head coach Shauna Green was named the Atlantic-10’s Coach of the Year.

The Flyers’ path through the A-10 Tournament went through the Richmond Spiders, Saint Louis Billikens and finally the VCU Rams in the championship game. Dayton won the first two games by 11 and eight points, respectively, before taking home a 52-48 victory in the final on March 8.

In the title game, the Rams missed a 3-point shot that would have tied the game with 21 seconds left in the fourth quarter. A free throw make by Scaife made it a two-possession game with 13 ticks to go and the team’s leading scorer blocked one last VCU triple attempt to end the game and secure the outright title.