Preview: Expect UConn and Oregon to leave it all out on the floor 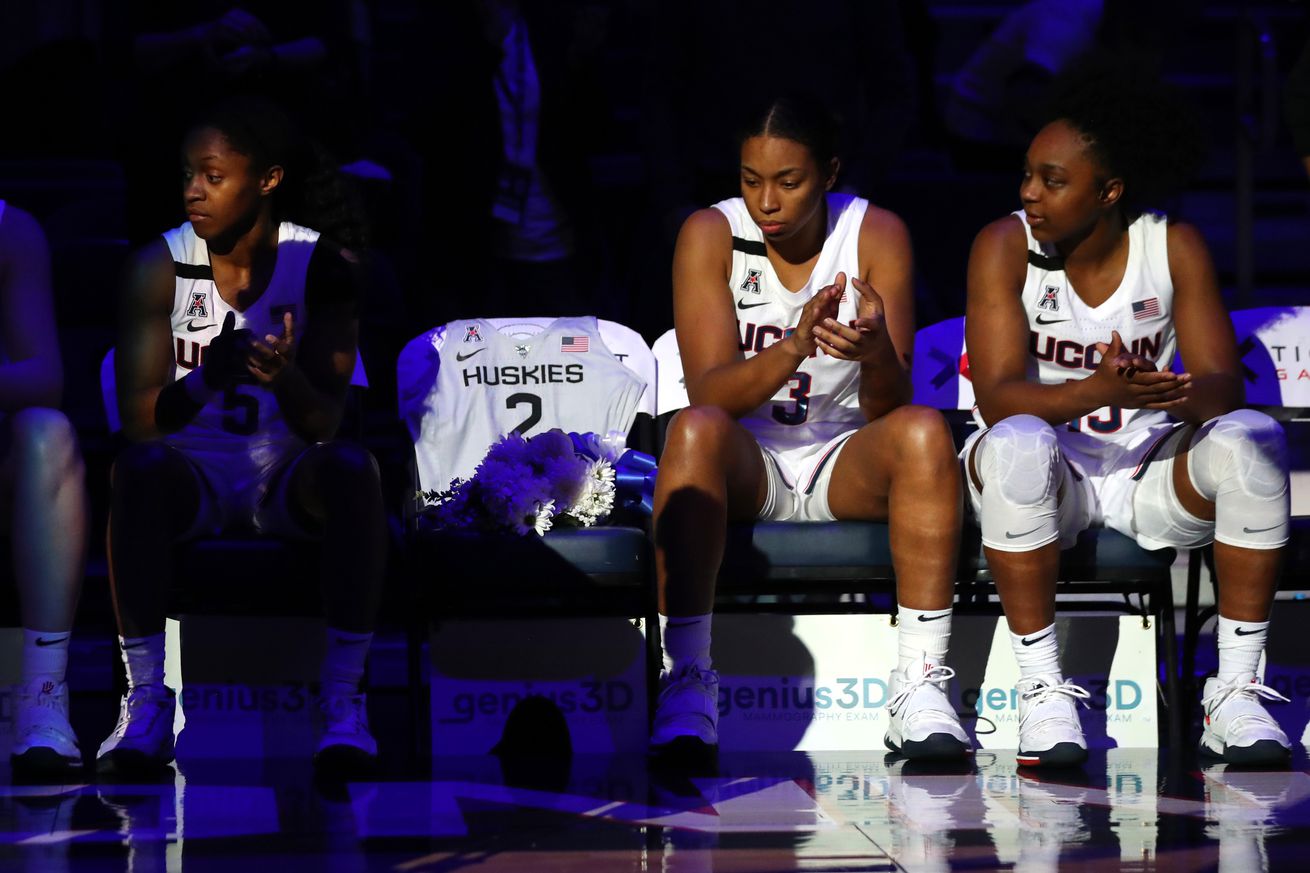 The deaths of Kobe Bryant, Gigi Bryant, Alyssa Altobelli and Payton Chester intimately impacted members of the No. 3 Oregon Ducks and No. 4 UConn Huskies. Yet, expect the action on the floor in Storrs to be intense: The winner can claim a clearer path to a No. 1 seed in the fast-approaching NCAA Tournament.

A week removed from the tragic helicopter accident that took the lives of Kobe Bryant, Gigi Bryant and the seven others aboard the aircraft, it seems trite to make every discussion of basketball a memorial. At the same time, it seems impossible, if not irresponsible, to avoid recognizing how much the loss of these lives has rocked the world of basketball, especially the world of women’s basketball.

Never stop shining your light! I was blessed to have been apart of you lives and to inspire you, but now you inspire me. Keep working on those fade away jumpers up in heaven. RIP little mambas.

I miss you guys more than I could ever put into words Kobe, thank you for being a source of light in the midst of darkness.You were and always will be my sanctuary. You brought me the peace and guidance that I had been searching, and praying so long for. You were my mentor, idol, inspiration, and close friend. A part of me was lost Sunday, a void that can never be filled, because you are one of one. You took me under your wing and believed in me more than I believed in myself. I only have one choice. To live out your legacy. You will forever live through me, and be watching over me every step of the way, because you have the best seat in the house. I can still hear you telling me, “Sab, real sharpness comes without effort,” and that’s a voice I will never forget. Love you boss. Always. Gigi, Alyssa and Pay Pay- Never stop shining your light! I was blessed to have been apart of your lives and to inspire you, but now you inspire me. Keep working on those fade away jumpers up in heaven. RIP little mambas❤️ I pray for everyone who lost a loved one on Sunday, may God heal your broken hearts Legends never die! #mambamentality

Gigi aspired to become a Husky. Alyssa, however, wished to be a Duck. Her father John, who also was in the helicopter last Sunday, has been a star baseball player at Oregon.

Coincidentally, UConn star Megan Walker participated in the same training session as Ionescu, along with Kobe and the “little Mambas.” Walker offered a memorial to the Mamba Mentality.

In other words, this game is about much more than basketball. It will be testament to how basketball can bring young women together, and inspire them to be better both on and off the court.

The game also is very much about basketball. In the big picture, a win for Oregon could symbolize a shift in the dominance hierarchy of women’s college basketball. Based on a recent Twitter post, the Ducks are not shy about staking their claim to the Huskies’ ground.

Ducks got a lift in before taking the floor for practice at Gampel Pavilion #GoDucks pic.twitter.com/lyJfTHSEpc

This show of intensity reflects the immediate importance of the contest. The victor very well could secure a No. 1 seed in the NCAA Tournament, with the other relegated to a No. 2 seed.

Expect the aforementioned Ionescu and Walker to be the engines of their teams’ successes.

During her time in green and gold, Ionescu has raised her play in big games. No one would be surprised if the NCAA’s all-time leader in triple-doubles dropped a historic line on Monday to lead the Ducks to victory on the Huskies’ vaunted home floor.

Sabrina is doin’ it all for the Ducks @sabrina_i20 is now up to 23 triple doubles after @OregonWBB‘s 101-53 win over Colorado.#ncaaW pic.twitter.com/V5xYmpNrnH

In contrast, if UConn avoids its second home loss of the season, Walker most likely will be the reason. In addition to using her savvy offensive to score the basketball, Walker will employ her defensive prowess to foil Oregon’s attack. Look for Auriemma to task her with frustrating Satou Sabally, a dynamic force for the Ducks’ offense.

Along with Sabally, other talents, like Ruthy Hebard, have the ability to do damage. In Oregon’s demolition of Colorado on Saturday, Hebard became the program’s all-timer leader in field goals made, tallying a total of 888 in her four-year career. Needless to say, she will find a way to put the ball in the hoop.

For UConn, Crystal Dangerfield can prove that Ionescu is not guaranteed to repeat as winner of the Nancy Lieberman Award, an honor bestowed on the nation’s best point guard. With sturdiness and steadiness, Dangerfield reminds of Chris Paul’s approach toward controlling the action while also scoring timely buckets with a sure stroke. Dangerfield is coming off one of her best games of the season: 24 points in the Huskies’ Thursday night thrashing of Cincinnati, including five 3-pointers. She also dealt five assists.

Even as Monday’s night matchup will start with heavy hearts, expect the action soon to become an excellent exhibition of Mamba Mentality — a fierce battle for women’s basketball supremacy.