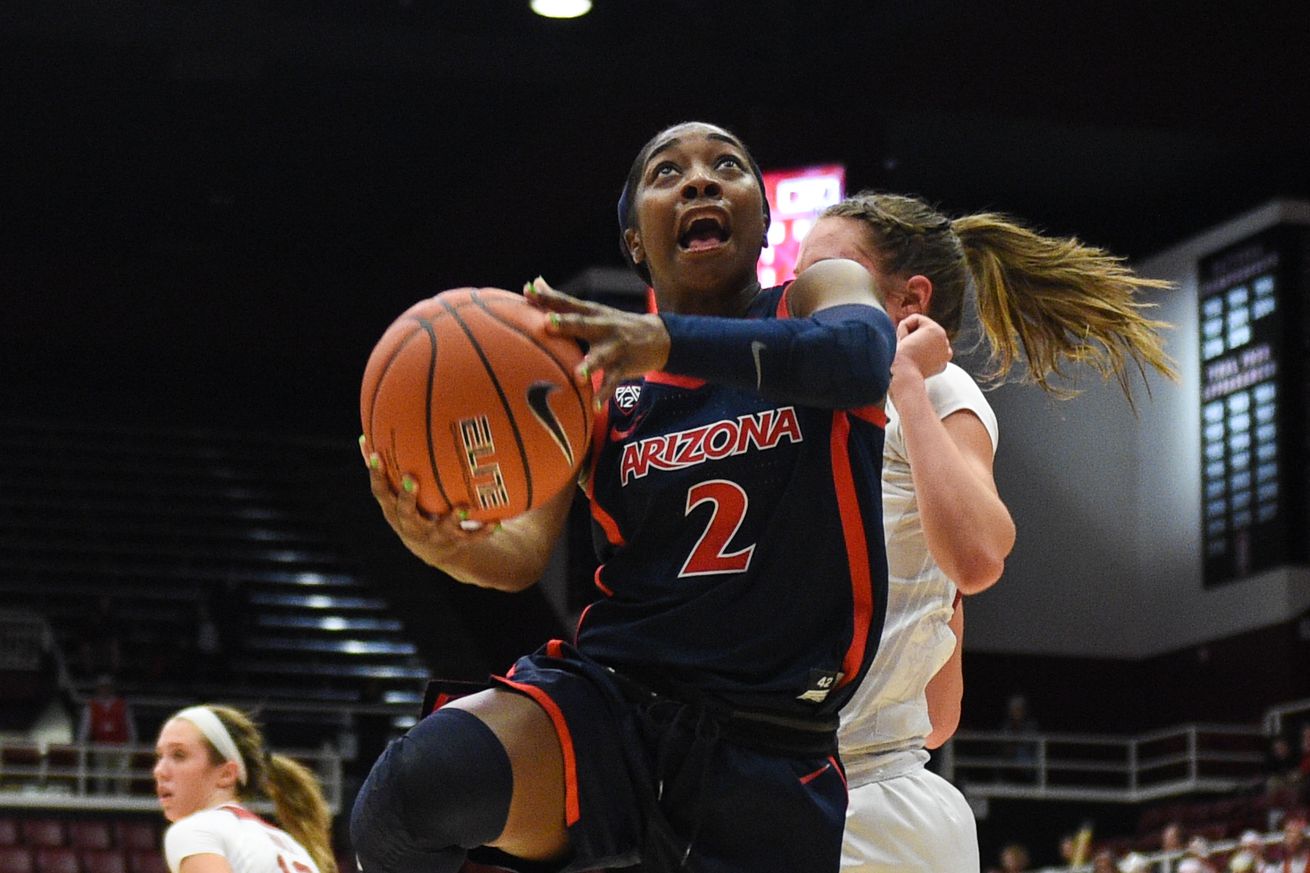 Aari McDonald (blue) will look to keep the Wildcats on the winning end. | Photo by Cody Glenn/Icon Sportswire via Getty Images

The No. 16 Arizona Wildcats have won their last three games while the No. 8 UCLA Bruins rebounded from being upset by USC. The Wildcats lost to the Bruins earlier this season and are looking to earn a split.

The No. 16 Arizona Wildcats have won their last three games but now face the No. 8 UCLA Bruins who defeated them 70-58 earlier in the season. UCLA travels to Tuscon having won its last two games after losing in double overtime to USC on Jan. 17.

In the Wildcats’ and Bruins’ first meeting, the score was tied at halftime but things fell apart for Arizona in the third quarter. The Bruins shot 6-of-9 from 3-point range and made 60 percent of their shots overall to outscore the Wildcats 28-13 in that period.

The top two Pac-12 scorers, Arizona’s Aari McDonald and UCLA’s Michaela Onyenwere, will give the Bruins and Wildcats fits on defense, respectively. McDonald, a guard, is an obvious threat on offense, averaging 20.5 points per game. Her defensive awareness, however, elevates her game — she averages 2.5 steals per contest. Onyenwere has scored at least 16 points in all but three games this season. The junior forward has averaged a scorching 21.8 points on 51 percent shooting over the Bruins’ last five games.

Cate Reese will be one to watch for Arizona. She is coming off a five-point performance where she shot 1-of-8 from the field against Arizona State. In the five-game stretch before that poor showing, she was averaging 15.2 points per game. Reese’ performance on defense will be a factor as Onyenwere could be her assignment.

Chantel Horvat, a role player who has contributed double-figure scoring four times this season (including 10 points in the Bruins’ first meeting with the Wildcats), could be the difference-maker for UCLA.

Back to the upset column