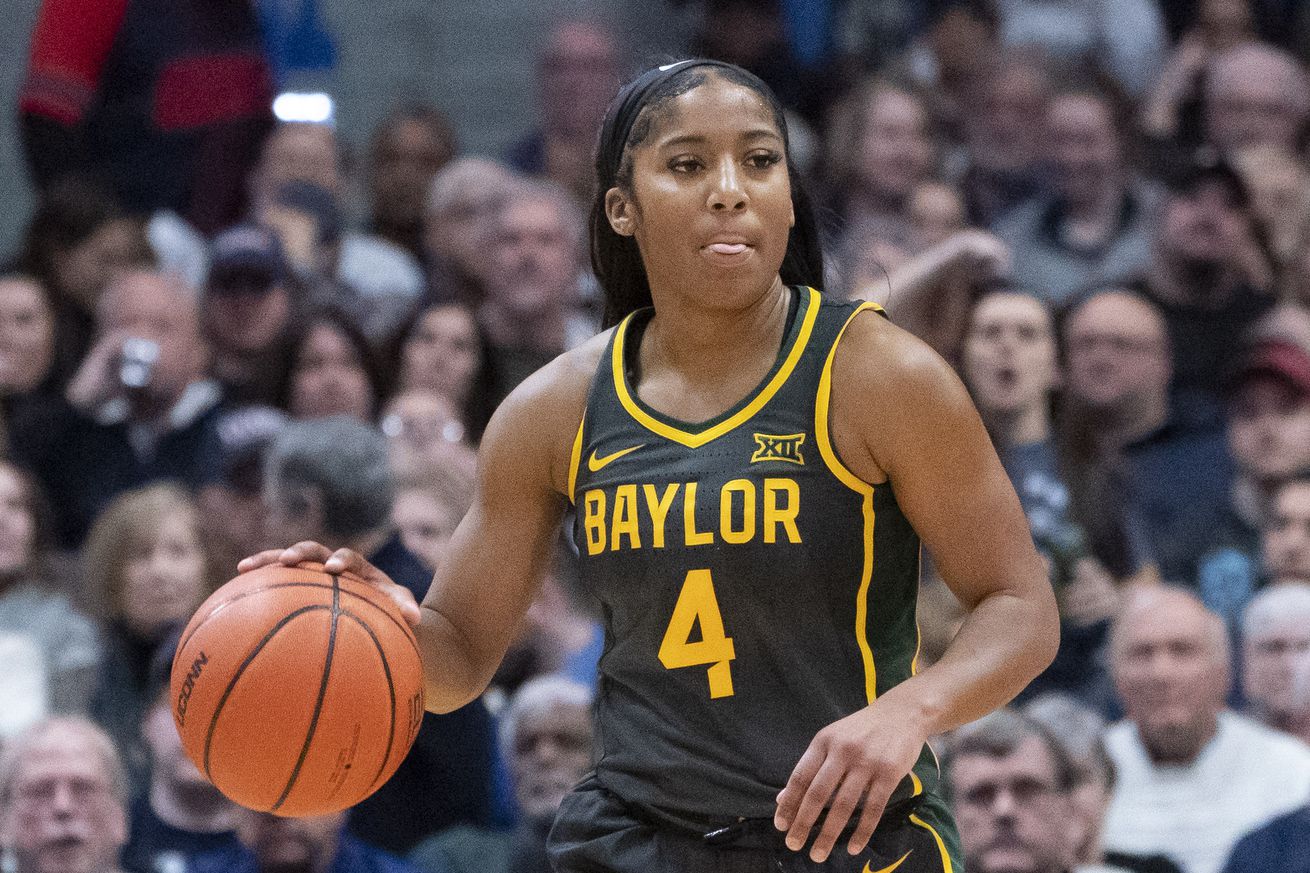 Te’a Cooper has become one of the top guards in the country since transferring to Baylor. | Gregory Fisher-USA TODAY Sports

The Baylor Lady Bears haven’t slowed down a bit since winning the 2019 NCAAW championship. This time around, it’s graduate transfer Te’a Cooper leading the charge, putting up career-high numbers across the board.

If you expected the defending champion Baylor Lady Bears to continue their dominance in 2019-20, you probably haven’t been disappointed. Baylor is currently ranked No. 2 in the nation by the AP (No. 1 by coaches) and has been defeating opponents by an average of 46.2 points per 100 possessions — a ridiculous figure.

A major contributor to this sustained success has been one of the new kids on the block: former Tennessee Lady Volunteer and South Carolina Gamecock Te’a Cooper. Cooper transferred this past summer and was immediately eligible to play as a graduate.

Much like Chloe Jackson before her, Cooper has been a completely different player since moving to Waco. While she looked somewhat out of place at Tennessee and South Carolina — clearly talented but not playing to her full potential — Cooper quickly has become a force for the Lady Bears, spearheading coach Kim Mulkey’s attack on both ends of the floor while putting up numbers that have vaulted her into WNBA Draft conversations. Let’s take a look at some of those numbers, as well as how Cooper has assimilated into Lady Bear culture.

Statistically, Cooper’s play this season has been the best of her collegiate career. Her 14.8 points and 5.2 assists are easily career highs, but the assists are particularly impressive when you consider she has kept her turnover rate roughly the same. Cooper’s assist-to-turnover ratio has jumped from 0.97 last season to 2.25 this season, placing her in the 98th percentile.

How she helps the Lady Bears

When NCAAW fans think of Baylor, the first things that usually come to mind are a seemingly unlimited supply of tall, physical post players and a relentless, stifling defense. While this season has been no different for the Lady Bears in that respect — center Lauren Cox is projected by most to be a lottery pick and Baylor leads the nation in points allowed per 100 possessions — Cooper’s presence has given them an added dimension.

In some ways, it’s been Baylor that has brought the best out of Cooper. A lower usage rate (23.9 percent) has allowed Cooper to pick and choose her spots on offense, particularly when it is running through Cox. And Cooper’s 3-point shooting has skyrocketed as a result. She is currently knocking down 42.5 percent of her threes, by far the best mark of her collegiate career.

There’s no question that Cooper’s teammates have benefited from having her on the floor, too. Her ability to get to the rim is a great bailout option for Baylor and opens things up for the rest of the team’s shooters. The Lady Bears lead the country in 3-point shooting (41.7 percent) and Cooper’s drive-and-kick game has resulted in plenty of good looks for those shots.

Baylor is also a team that wants to push the ball when possible, and that’s when Cooper is at her best. Moves like the following will be of certain interest to WNBA scouts.

Te’a Cooper, getting the crowd on their feet #SicEm pic.twitter.com/rzZsrfpP9u

One of the most heated rivalries in the NCAA, there are two Bears-Longhorns matchups coming to national TV in the near future: Jan. 31 and Mar. 5 (FS1).

You can also catch Cooper in action on Feb. 24 when the Lady Bears head to West Virginia to face the Mountaineers (FS1). Given Baylor’s record, you’ll undoubtedly see more of the Lady Bears during tourney time.

Back to the upset column