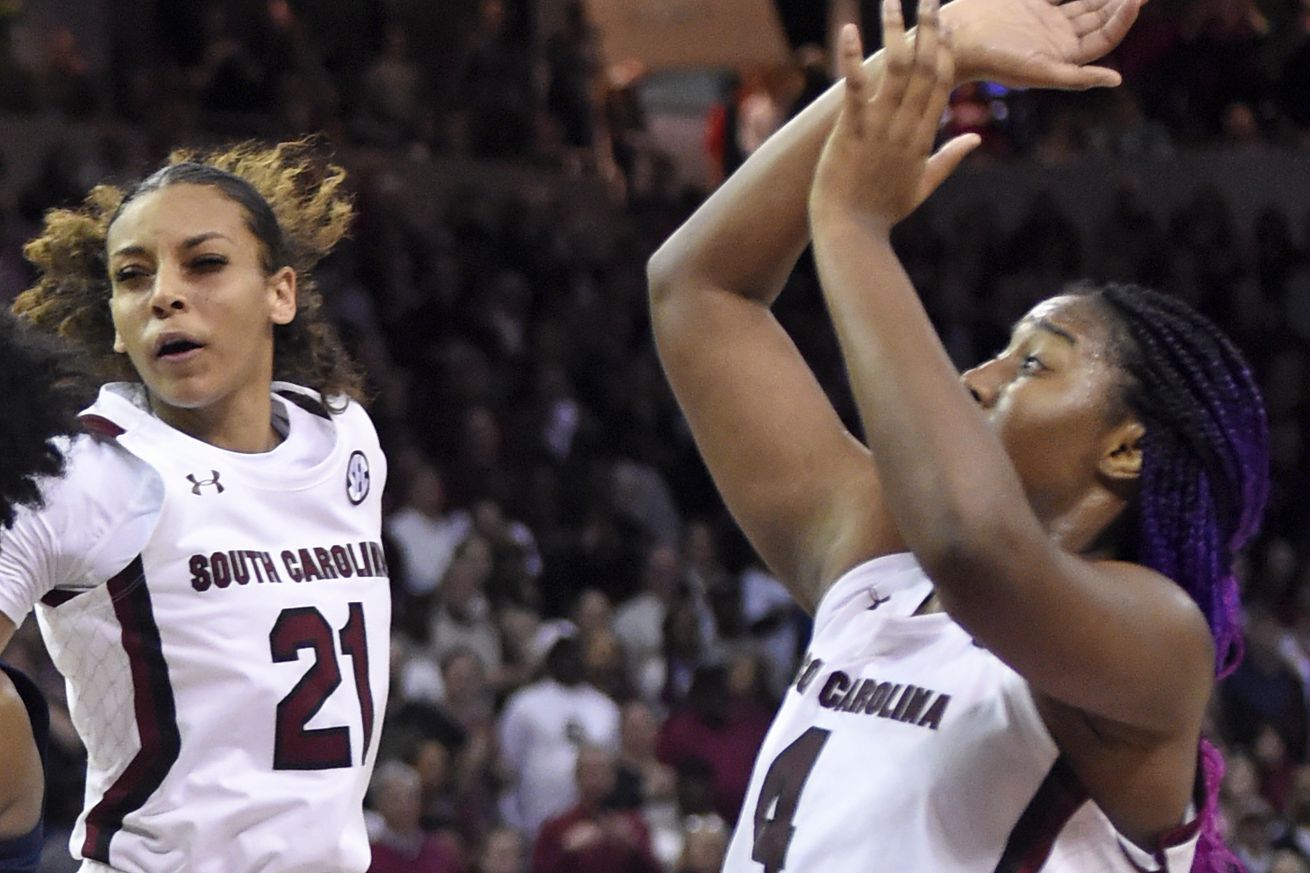 The No. 1 South Carolina Gamecocks not only finished the regular-season conference schedule undefeated, they did it by winning a program-record 23 straight games. Is the Gamecocks’ claim on the SEC Tournament destined? Or can another team disrupt their dominance?

Before the 2019-20 women’s college basketball season began, it seemed that three teams — the Texas A&M Aggies, South Carolina Gamecocks and Mississippi State Bulldogs — would vie for the SEC’s regular-season and tournament championships.

The Kentucky Wildcats, Arkansas Razorbacks and Tennessee Lady Volunteers also had hopes of entering the title quest. Instead, the Southeastern Conference has belonged to the No. 1 South Carolina Gamecocks.

Expect the same in the SEC Tournament.

Head coach Dawn Staley’s very talented but possibly too-young Gamecocks squad dominated most opponents as they finished conference play 16-0. They were tested only twice, escaping with a two-point win over Mississippi State on Jan. 20 and holding off Texas A&M 60-52 on Sunday.

If higher seeds take every contest in the SEC Tournament, Chennedy Carter and the fourth-seeded Aggies, and Rickea Jackson and the second-seeded Bulldogs, each will have another chance to spoil the top-seeded Gamecocks’ bid for a perfect conference season.

Upsets, however, are the order of the day in March. With several SEC teams aiming to improve their expected NCAA Tournament seed or earn a berth to the Big Dance, Texas A&M and Mississippi State should not look ahead to another date with South Carolina.

According to Charlie Creme’s latest Bracketology, the Alabama Crimson Tide are among the first four out. But if Alabama beats the Georgia Lady Bulldogs in their second-round matchup, the Tide will meet South Carolina with a difficult task ahead of them.

In contrast, a strong SEC Tournament seems possible for Tennessee.

After dropping five-straight games, the Lady Vols have recovered to take their last three, including a one-point win over the Auburn Tigers on Sunday. Tennessee needs to extend this momentum to improve upon their projected 10-seed in the NCAA Tournament. A second-round win over the Ole Miss Rebels or Missouri Tigers would allow the Lady Vols to meet the Kentucky Wildcats in the quarterfinals, and give them a chance to get a resume-boosting victory over a Top 25 team.

A run to the SEC Tournament semifinals, if not farther, would guarantee the Lady Vols will not miss the NCAA Tournament for the first time in history.