Stewie: ‘We want to represent a country that treats everyone equally’ 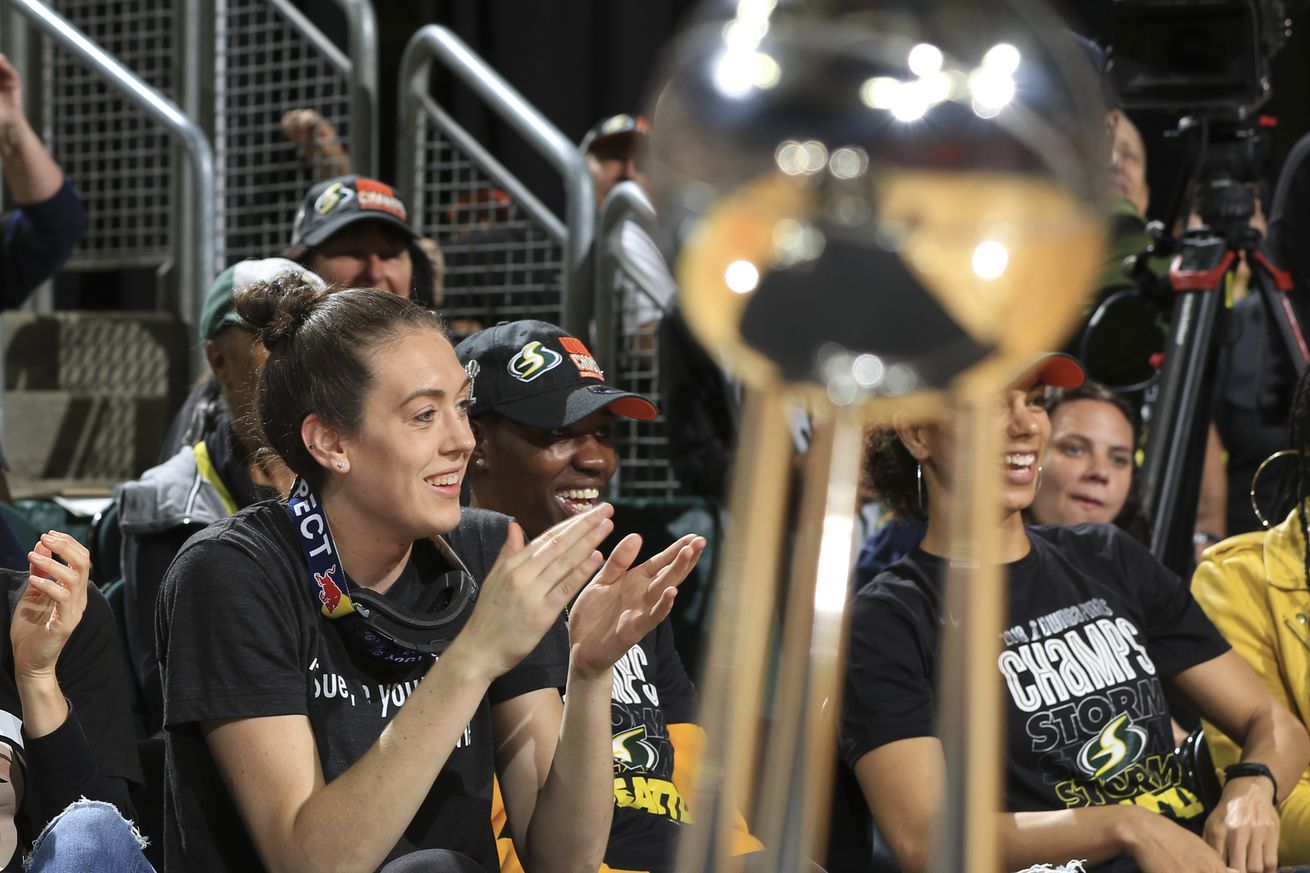 Breanna Stewart (left) has won hardware at every level, domestically and abroad. | Photo by Joshua Huston/NBAE via Getty Images

Stewart is currently in the running for a second MVP award and her Storm team sits in first place in the WNBA standings.

In the podcast, she discussed the role her stepfather played in getting her into basketball, her time with UConn coach Geno Auriemma, missing the 2019 WNBA season after rupturing her Achilles overseas in the EuroLeague Women championship game and her relationship with Kobe Bryant.

She revisited how difficult it was to play in her first game back from the Achilles injury one day after Bryant and his daughter, Gianna, died in a helicopter crash. She also reminisced that a text from Bryant was the first she saw after landing in the U.S. after the injury, referring to the NBA legend as a “soundboard” for her.

O’Hara delved into the stories behind Stewart’s childhood dribbling routine, her speedy rise to basketball stardom and her dominant ways at UConn after a brief side-story about the Storm forward’s not-so-stellar soccer career.

Listeners also will get the inside scoop on the financial reasons behind many WNBA players’ decisions to play overseas.

Stewart concludes the conversation with some golden quotes about using one’s platform to help others. For her, that has meant shining a spotlight on sexual abuse. She also talks about current racial issues and wanting to be proud to don the USA jersey in international competition.