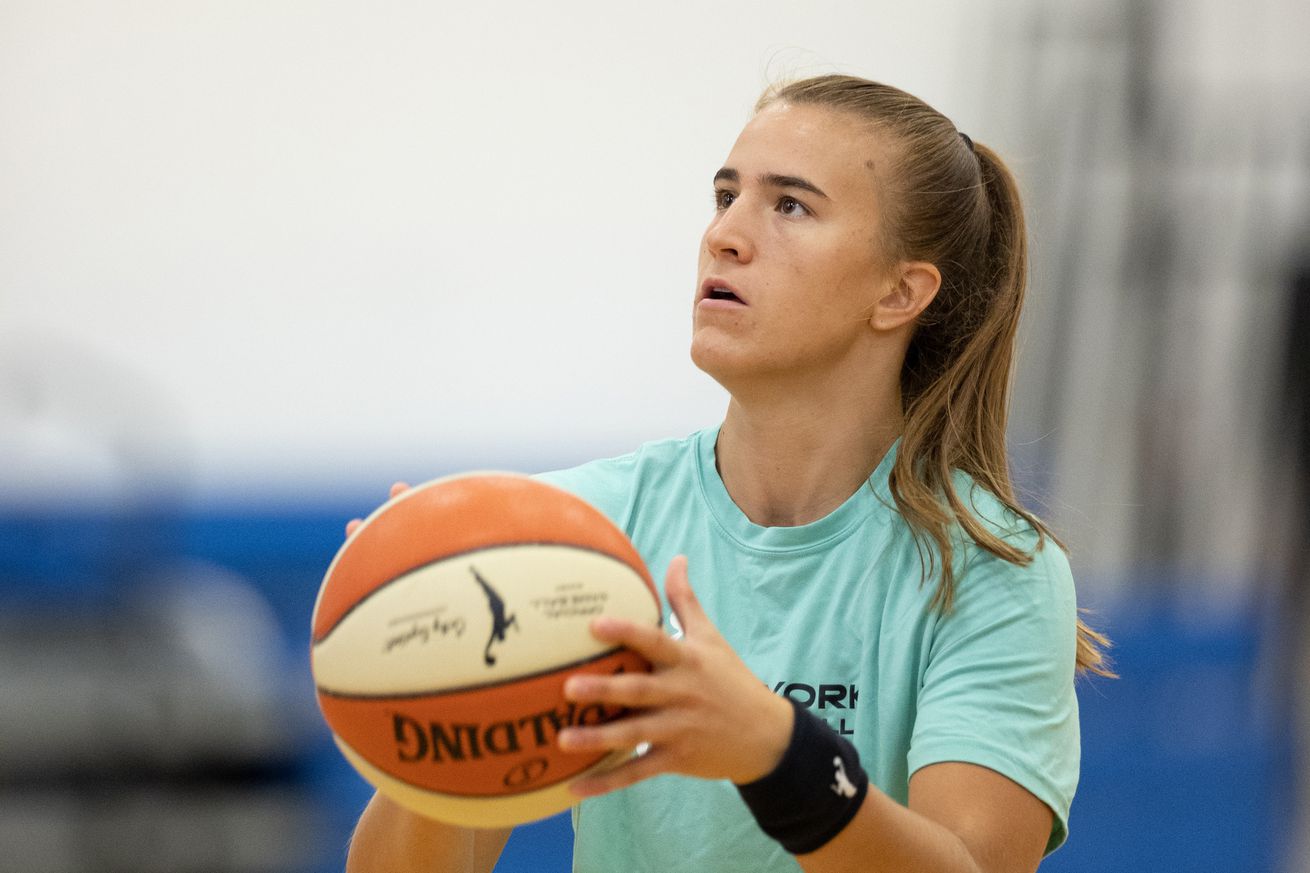 This Saturday, we will finally get to see Oregon Duck star Sabrina Ionescu play in her first WNBA game. | Photo by Stephen Gosling/NBAE via Getty Images

Sabrina Ionescu begins her WNBA journey as the New York Liberty take on Breanna Stewart and the Seattle Storm. Meanwhile, an aging — but now healthy — Diana Taurasi of the Phoenix Mercury takes the court against the Los Angeles Sparks and Washington Mystics coach Mike Thibault faces his old assistant Marianne Stanley, who is now the head coach of the Indiana Fever.

It’s been a long two months of waiting, but the 2020 WNBA season is finally here. With the COVID-19 pandemic and social justice initiatives still ongoing, the league looks a lot different that it would have on May 15. There will be no home court advantage, no fans and many of the league’s stars will be missing.

With that being said, there is still a championship on the line and there are 12 teams that are hungry to claim it.

The season will officially kick off Saturday at noon ET with an ESPN matchup between the future of the game (Sabrina Ionescu of the New York Liberty) and the game’s best (Breanna Stewart of the Seattle Storm). Ionescu was drafted No. 1 overall back in April and has the potential to put up big assist numbers, a category that was dominated by one player (Courtney Vandersloot of the Chicago Sky) last year. On the other side, this will be Stewart’s first WNBA game back from a torn Achilles that kept her out of the 2019 season.

Key to the matchup: Kia Nurse. With Tina Charles gone, Nurse is the best non-rookie on the Liberty. Since Liberty coach Walt Hopkins doesn’t know what he’ll get from the rookies, he will likely lean on Nurse in this season-opening contest. Can the third-year guard hold her own against Seattle star guard Jewell Loyd and compete with fellow third-year guard on the rise Jordin Canada?

Key to the matchup: Frontcourt depth. After Parker and Nneka. Ogwumike the Sparks’ main rotation is guard-heavy, especially with center Chiney Ogwumike out for the season as a health precaution. But so is the Mercury’s rotation with Jessica Breland out for the same reason. So the game may come down to who wins the depth battle in the frontcourt. It’s LA’s Reshanda Gray (C. Ogwumike’s replacement) and Kristine Anigwe against Phoenix’s shorter but more versatile crew (Brianna Turner, Nia Coffey and Alanna Smith).

Highlights: Taurasi still at the top of her game in 2018

Key to the matchup: Emma Meesseman. The 6-foot-4 reigning Finals MVP is going to be a key player in all of Washington’s games now that she is adjusting to carrying the bulk of the scoring load. In this game in particular, how well will she be able to lead the defensive effort against the 6-foot-7 McCowan?

“[McCowan is] a physical player,” Meesseman said in a Zoom call on Friday. “We don’t have a lot of size so it’s really going to be team defense on her. We’re prepared for that. … For us it’s important that everybody helps each other and what I saw in practice today was really good.”