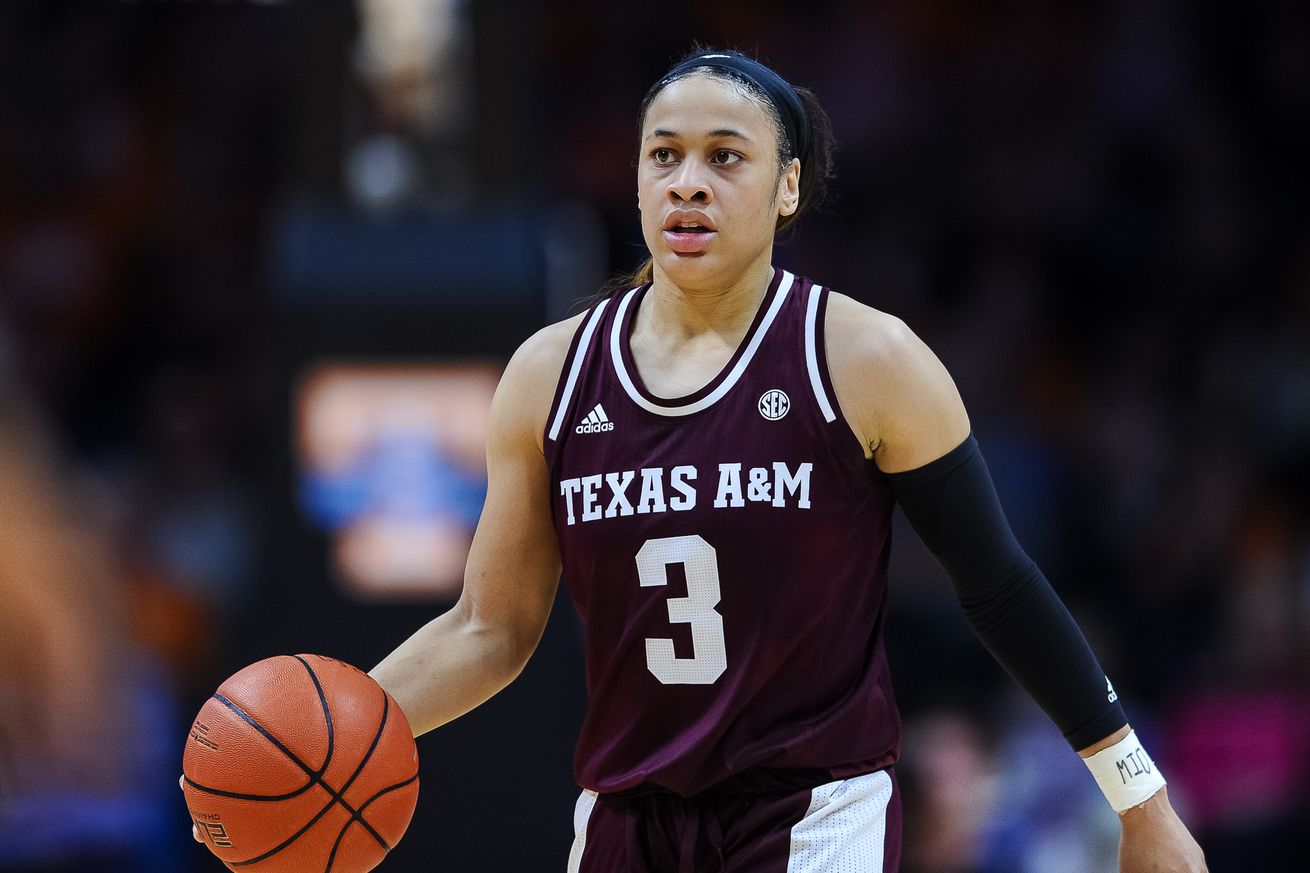 Chennedy Carter, along with Glory Johnson, Elizabeth Williams and Courtney Williams, will be tasked with bringing the Atlanta Dream out of last place during the 2020 WNBA season. With Tiffany Hayes and Renee Montgomery sitting out, that won’t be easy.

A handful of players have decided to opt out of the season due to COVID-19 and/or a desire to use their platform to continue the battle against racism. And if the WNBA season does take place in spite of all the obstacles, there will still be no fans in attendance and all the games will be played at one location in Bradenton, Florida, to avoid further spreading of the coronavirus.

The Atlanta Dream finished 2019 in last place with an 8-26 record. The big news for them is that two of their players, Tiffany Hayes and Renee Montgomery, will be sitting out the 2020 season. Atlanta hopes that the additions of Glory Johnson, Courtney Williams, Shekinna Stricklen, Kalani Brown and rookie Chennedy Carter will help turn things around.

Potential problems for the Dream

How will they handle the losses of Tiffany Hayes and Renee Montgomery?

The Dream have been hit perhaps the hardest by the COVID-19 pandemic and ongoing racial injustice. They lost Renee Montgomery, who has become a vocal leader for ending the latter, while arguably their best player in Tiffany Hayes has decided to sit out as well.

With both of those players being guards, Atlanta will look to its frontcourt of Elizabeth Williams and Glory Johnson to lead the way. It will be a tall task considering the Dream were the worst team in the WNBA last year.

Courtney Williams is the only active player on the team with a double-digit career scoring average (11.4). Can Chennedy Carter step up and carry a big chunk of the scoring load?

Hayes also has a double-digit career scoring average (13.6), but without her Williams may end up being the Dream’s leading scorer in her first year with the team. If it’s not Williams, it could very well be 2020’s No. 4 overall pick Chennedy Carter, who is a scoring machine. Carter lit up the scoreboard during her three years with the Texas A&M Aggies, leaving college after her junior season to pursue a career in the WNBA.

Carter is a sleeper pick to win Rookie of the Year, while most people are focusing on Sabrina Ionescu and Satou Sabally, the No. 1 and No. 2 picks in this year’s draft, respectively. Carter is a versatile offensive player who plays with the type of confidence that could make her a prolific scorer right away. She could follow in the footsteps of another mid-first round pick, Arike Ogunbowale, who was third in the WNBA in scoring after going at No. 5 in the 2019 draft.

Can Jaylyn Agnew translate her Big East success to the WNBA?

Speaking of versatile offensive players, Agnew is as well-rounded as they come, and she’s four inches taller than Carter at 5-foot-11.

The Creighton Blue Jays star and 2020 Big East Player of the Year was drafted at No. 24 by the Washington Mystics before being waived. Now she has been given a second chance due to Hayes and Montgomery sitting out.

Not many No. 24 picks find success in the WNBA at all, let alone right away. But Agnew is a special talent and her draft stock was diminished because she played in a non-Power 5 conference. If she can find a way to translate her collegiate success to the most competitive women’s basketball league in the world, she could be a key rotation player for the Dream.

Potential promise of the Dream

Courtney Williams and Shekinna Stricklen already have good chemistry from their time together in Connecticut.

Williams was a Connecticut Sun fan favorite last year when she helped lead the Sun to the WNBA Finals, where they lost to the Mystics. She brought a lot positive energy and a great mid-range game to the table. Stricklen was a key player for Connecticut as well and is a 3-point specialist who went at No. 2 overall in the 2012 draft.

The duo started every single regular-season and playoff game together and both came up clutch at different moments during the 2019 postseason run. Atlanta may not have a dominant scorer, but watch out for the hot shooting of Williams and Stricklen.

Glory Johnson is due for a big season.

The past two years Johnson has averaged single-digit scoring, but don’t forget about her now, especially with Hayes out. She is also a good defender; she averaged 2.1 steals per game as a rookie in 2012 and made the All-Defensive Second Team in 2013. If she can bring back all these positives from earlier in her career and combine them for the 2020 season, she will be a force to be reckoned with.

The sky is the limit for Kalani Brown.

Brown was a steal for the Los Angeles Sparks at No. 7 overall in the 2019 draft. She is 6-foot-7, just an inch shorter than the two tallest players in the league (Brittney Griner and Liz Cambage), and has all the tools to become a dominant inside scorer. Her career at Baylor was highlighted by a junior season in which she averaged 20.1 points and 10.2 rebounds per game. She then led the Lady Bears to a national title as a senior in 2019.

As a WNBA rookie, Brown averaged 5.1 points and 3.5 boards in just 13.5 minutes played per contest. She will be in competition with Elizabeth Williams, third-year player Monique Billings and 6-foot-5 rookie Brittany Brewer for playing time, but has a really good upside working in her favor.

The Dream should be right on the borderline of making the playoffs. Their overall chemistry without Hayes and Montgomery is unproven, so it’s going to take a lot of work if they want to compete for the eighth playoff spot, but Atlanta has quietly assembled some talent.