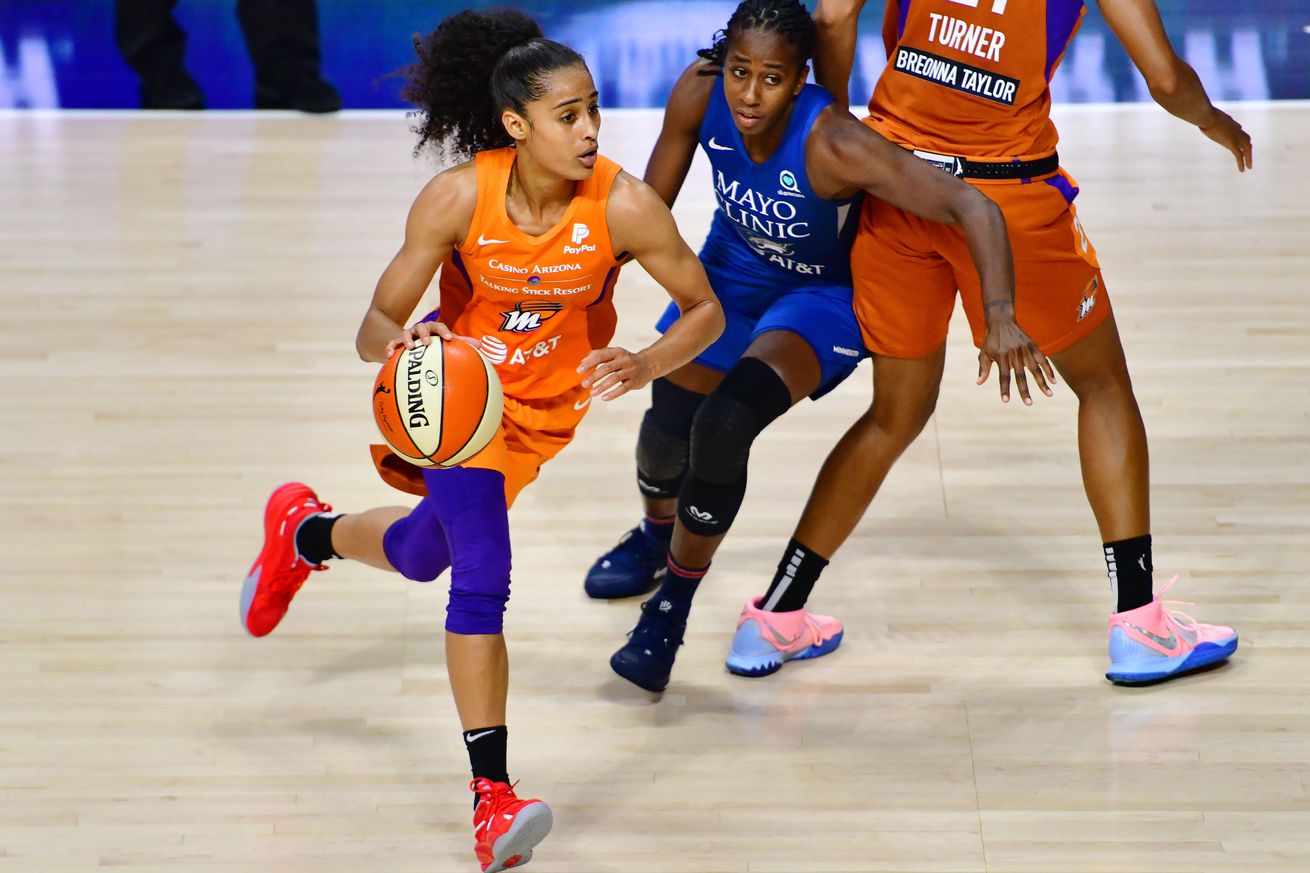 Skylar Diggins-Smith (left) and the Phoenix Mercury will renew their rivalry with the Minnesota Lynx this Thursday in a high-stakes playoff matchup. | Photo by Julio Aguilar/Getty Images

The Phoenix Mercury, fresh off a dramatic first-round victory, will take on a big rival, the Minnesota Lynx, in the WNBA postseason’s second round. After that, the Connecticut Sun will look to keep pounding the glass against the Los Angeles Sparks, who beat the Sun twice in the regular season.

The second round of the 2020 WNBA Playoffs begins Thursday night with the fourth-seeded Minnesota Lynx taking on the fifth-seeded Phoenix Mercury. Immediately thereafter, the third-seeded Los Angeles Sparks will face the seventh-seeded Connecticut Sun. Just as in the first round of the playoffs, both games are win-or-go-home and will be televised on ESPN2.

The Mercury and Lynx were both vying for a top-four playoff seed during the regular season — Minnesota (14-8) ultimately edged out Phoenix (13-9) by just one game — so it’s fitting that they’ll meet in the second round. As the four-seed, the Lynx will have the rest advantage, having not played since Sept. 12. This is crucial for the health of star center Sylvia Fowles, who has missed most of the season with a calf injury but should now be making her return for Minnesota.

Phoenix, on the other hand, will be riding on pure adrenaline. The Mercury defeated the Washington Mystics on Tuesday by the slimmest of margins thanks to a 17-0 second-half run and an incredible game-winning buzzer-beater by guard Shey Peddy. There may not be a better example of the drama and heartbreak of the single-elimination format — save, perhaps, for Dearica Hamby’s iconic halfcourt shot in the 2019 playoffs — than Peddy’s shot, which has already been immortalized in the form of a BreakingT custom t-shirt.

While the Sun’s first-round victory lacked such theatrics, it was not short on impressive individual feats. Forward Alyssa Thomas, who made a name for herself as the WNBA’s iron woman in the 2019 playoffs, willed her team past the Chicago Sky with 28 points, 13 rebounds (including a postseason single-game record 10 offensive rebounds) and eight assists while playing nearly the entire game.

Thomas’ physicality will be even more important against the Sparks, who swept the regular-season series against the Sun 2-0. As the three-seed, Los Angeles will have had ample time to rest and prepare, which is only good news for Candace Parker — who, at a ripe 34 years of age, was recently named The Associated Press Defensive Player of the Year.

Keys to the matchup: Second-year Mercury forward Brianna Turner has been gaining steam as a Defensive Player of the Year candidate, but she didn’t have to deal with a beast like Fowles in the regular season. Regardless, all eyes will be on the Mercury backcourt of Diana Taurasi and Skylar Diggins-Smith; the duo has more or less carried the team since Brittney Griner left the bubble. So we’ll see if they have enough left in the tank to do it one more time against a familiar foe in Minnesota.

Keys to the matchup: The Sun pulled down an overwhelming 17 offensive rebounds in their first-round victory, but things will be a little more challenging against the Sparks, who have the mobility in the frontcourt and the athleticism on the wing to make life tough for the Sun’s interior. Superhuman performances will once again be needed from Thomas and DeWanna Bonner if the Sun are to pull off the upset over Parker, Nneka Ogwumike and the depth of the Sparks.