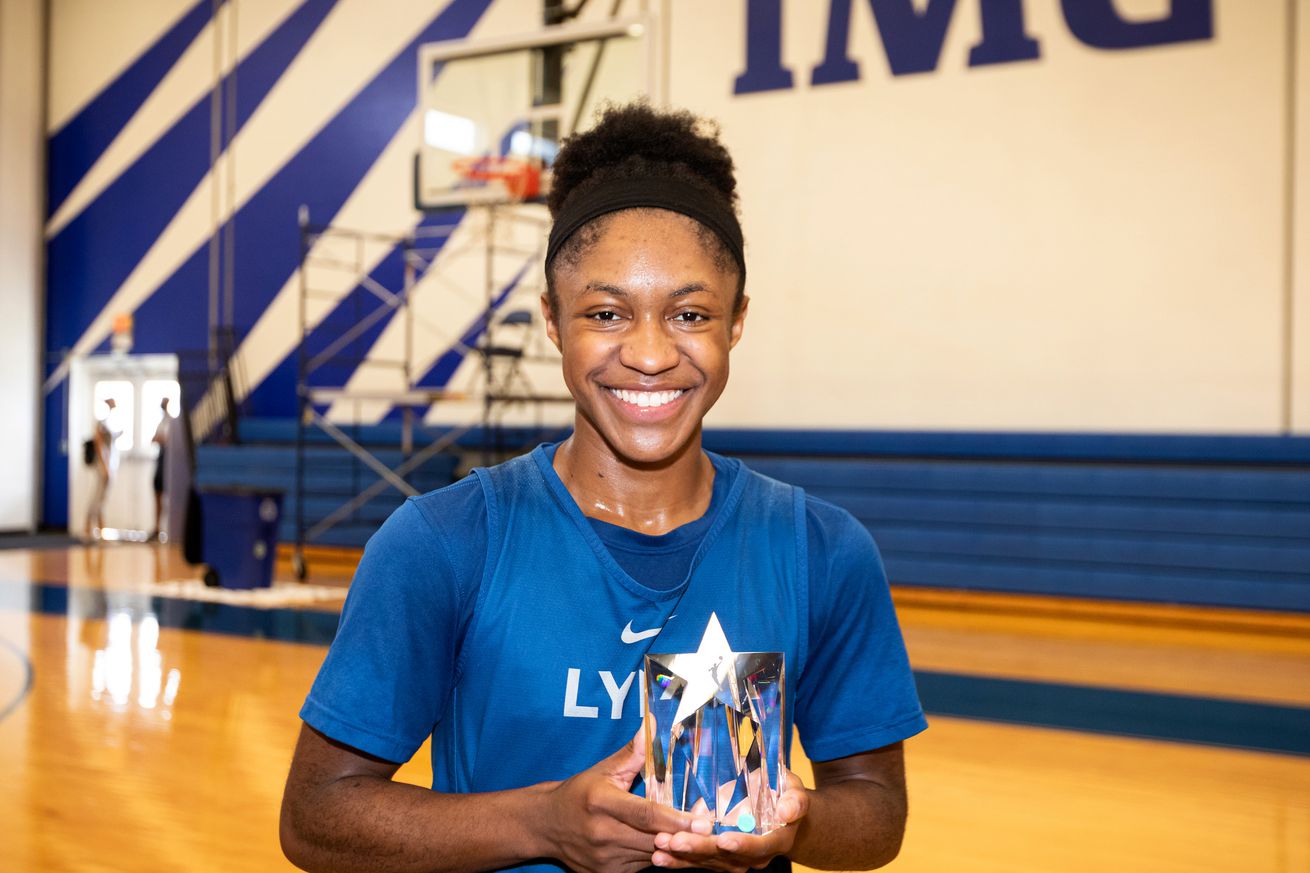 Crystal Dangerfield stepped up for the Lynx during the 2020 regular season and became an all-around great point guard at the professional level. | Photo by Stephen Gosling/NBAE via Getty Images

Crystal Dangerfield was named WNBA Rookie of the Month twice during the 2020 season. The UConn Husky great stood out in a talented rookie class and won Rookie of the Year by a landslide.

Dangerfield was drafted at No. 16 overall. With 44 votes, she beat out No. 4 pick Chennedy Carter (two votes) and No. 2 pick Satou Sabally (one vote).

Dangerfield was a great leader and 3-point threat at Connecticut and translated that to the WNBA in her first season. With star center Sylvia Fowles out for much of the season due to injury, Dangerfield picked up a great deal of the scoring load with the confidence of a more seasoned player.

In 30.0 minutes per contest in the 22-game season, Dangerfield:

Dangerfield is the fifth member of the Lynx to win Rookie of the Year. Betty Lennox (1999), Seimone Augustus (2006), Maya Moore (2011) and Dangerfield's former college and current pro teammate Napheesa Collier (2019) won the award before her.

To celebrate her Rookie of the Year season, Dangerfield will receive $5,150 and a trophy designed by Tiffany & Co.

The WNBA also announced on Thursday the recipients of the MVP award (A’ja Wilson of the Las Vegas Aces) and Coach of the Year (Cheryl Reeve of the Minnesota Lynx).