Yesterday the Supreme Court denied a petition for certiorari that, had it been granted, would have led the Court to review a Third Circuit appellate court ruling that upheld a Pennsylvania school district’s policy of allowing transgender students to us…

I won’t bury the lede here: Art Briles has a coaching job.Though to be fair he actually is already coaching. He has a job in Italy as head coach of Florence’s Italian Football League team. (I am pretty sure they mean American football and not soccer. I…

Why Delfine Persoon thinks she can defeat Katie Taylor 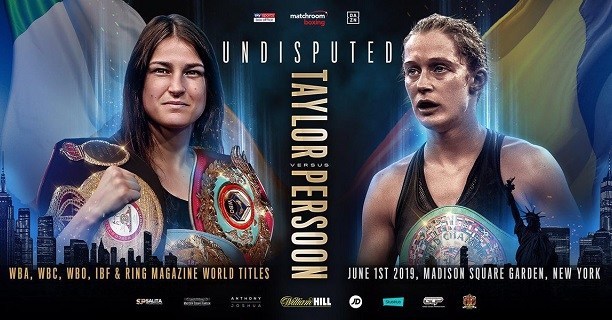 On Saturday June 1st Katie Taylor bids for undisputed champion across all titles but Delfine Persoon stands in her way. The Belgian champion with a background in judo is not as well known as Katie outside of boxing circles but she’s no push-over. If you want to know more about why she thinks she can win, read on …

Katie Taylor already holds lightweight titles with the WBO, WBA and IBF so Delfine’s with the WBC is all that’s left with the new addition of The Ring lightweight belt. She’s 34 years of age with 43 wins from 44 fights on her record. Eighteen of those wins were by KO. Eighteen.

She said recently: “This is a very unique opportunity for me and I’m thankful we’ve got the fight made. I did not have the opportunity to participate in the Olympic Games and now I get the chance to compete with the Olympic champion in Katie Taylor. I expect this will be a very tough and honest fight, and that the best boxer may win this title fight. And I expect that to be me.”

Delfine’s record is here on Box Rec.  And her judo record here , not sure if this is her full list but she won bronze medals twice at national level before moving onto boxing in 2009.  She hasn’t lost a boxing fight since 2010 against fellow Belgian boxer Zelda Tekin (now inactive).

Having I’ve been watching back her WBC title defence bouts, and she’s definitely tough. A powerful left hook, with a forward moving motion, constantly pushing and not really a fan of off-the-back-foot boxing. She’s strong.

An exciting fighter to watch, so she shares that with Katie Taylor. Also similar in that her hands are loose so they could both be looking for the big KO punch here.

She’s not being shy about that aim either, quoted saying: “We know we can be robbed. To be sure, I have to win with a knockout, but that is not easy – and if you look for that KO too much, you forget to box,” during the press conference to announce the bout.

If you look back to when Delfine first won the WBC title in 2014 against Erica Farias she’s improved hugely. Footwork is neater and more effective, her hands are tighter but the power is the biggest difference, that left hook! She seems happy to take punishment to get in close, with a strong torso soaking up blows.

So it’s not too difficult to see where her confidence is coming from. You can argue that Taylor is a different breed but for a fighter with this record, does that mean anything?

But, but Taylor is known for not just power but speed. Her background in amateur boxing where speed and accuracy were drilled into her for years, now combined with power from training with Ross Enamait make her formidable. Watch back her bout with Finnish legend Eva Wahlström  (also a former successful amateur btw) for proof if you need it.

Looking forward to Saturday, it’s probably worth noting Delfine’s last 10 bouts have been at home in Belgium. You can hear the support in this Youtube video during her most recent title defence against Haitian/American Melissa St Vil. Katie will have almost a home bout with the number of Irish fans in New York – so that’s an extra turn of the psychological screw for Delfine to cope with.

My money (if I was betting!) would be on Taylor for a points win but I’d be surprised if it’s an easy win or if she leaves the ring without a few more bruises and maybe another black eye. This fight won’t be easy for either boxer, which nasty as it sounds is exactly how it should be at this level.

Taylor V Persoon is live on SkySports behind a pay-wall: buy here.

I can’t find any social media accounts for Delfine Persoon  🤷‍♀️  If you have one, leave a comment or send it to me on Twitter or Instagram pls!

Karate in Ireland should be on a high as athletes try to qualify for the Olympics for the first time. Instead the organisation is mired in he-said-she-said arguments and some karateka were even told they couldn’t compete at one point. What’s going on a…

A federal court in Pennsylvania denied parties’ motions for summary judgment in a case challenging gender-based inequities in athletic opportunities at Lock Haven University. The university had announced plans to terminate its women’s swim team and dem…

If sports brands are serious about supporting women, they should start with the women in their factories. That was the opening line in a newspaper piece I wrote recently, and if you believe that supporting women in sport should be about more than athle…