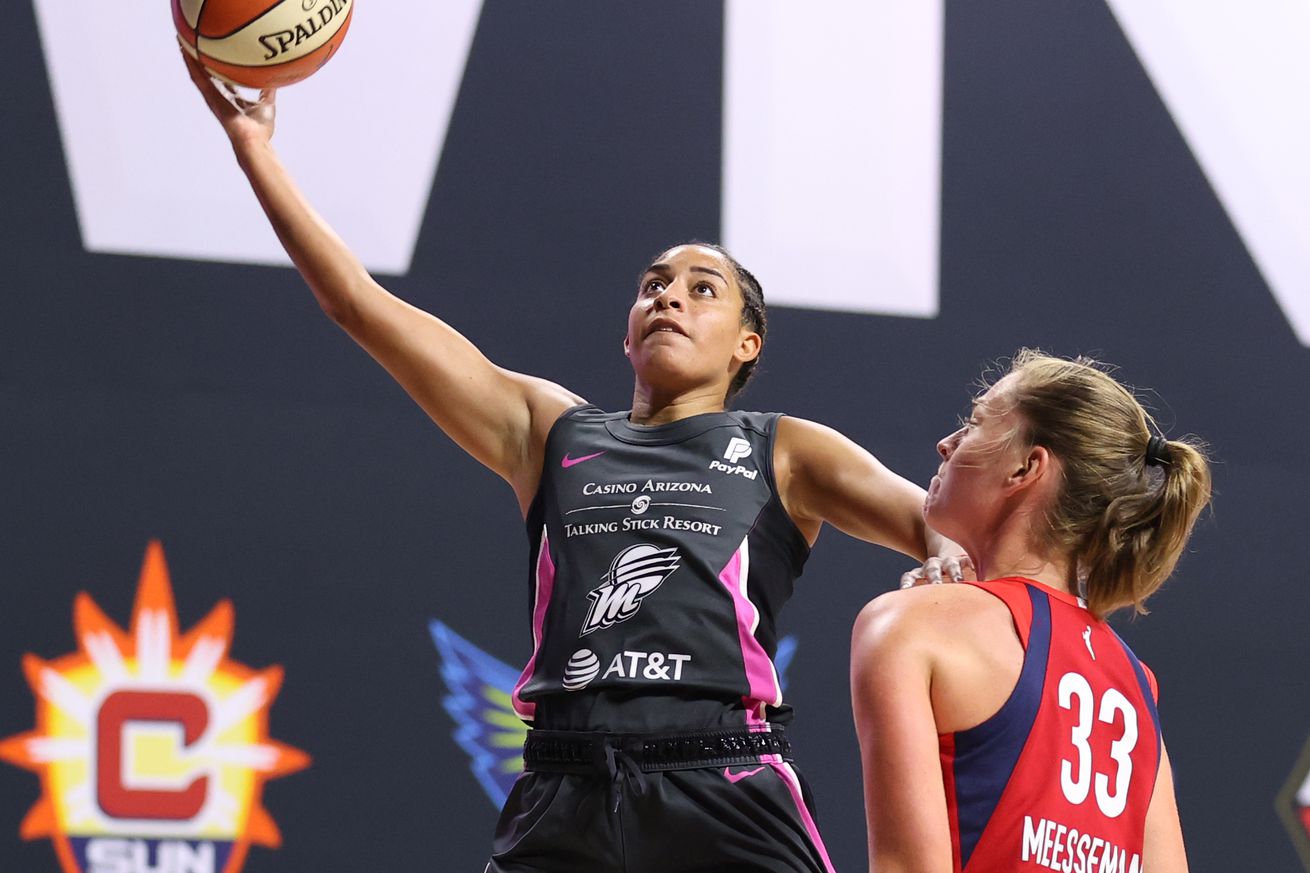 Bria Hartley (with ball) was one of the best bench players in the WNBA this season. | Photo by Stephen Gosling/NBAE via Getty Images

Bria Hartley’s breakout season has been halted by a torn ACL suffered on August 28. She leaves the Phoenix Mercury in sixth place and her absence will likely have a big impact on how far the team can go in the playoffs.

The Phoenix Mercury announced on Monday via Twitter that guard Bria Hartley’s injury suffered against the Washington Mystics on Aug. 28 is a torn ACL. Hartley will miss Phoenix’s final six regular-season games and the 2020 WNBA Playoffs.

INJURY UPDATE: Bria Hartley suffered a torn ACL in her right knee on August 28 against Washington and will miss the remainder of the 2020 WNBA Season. pic.twitter.com/TxSf0tvplB

The Mercury (9-7) have a good shot at making the postseason — they are 3.5 games ahead of the ninth-place Indiana Fever; the top eight teams in the league advance to the postseason.

Hartley was in the running for Sixth Woman of the Year at the midway point of the season but was a starter in her three most recent contests. She averaged 14.6 points per game in 2020 — 4.8 better than her previous career best set in 2019 with the New York Liberty.

Hartley also dished out 4.5 assists per game, the best average in her seven-year career.

Phoenix also lost 6-foot-8 center Brittney Griner, presumably for the season, who left the bubble of IMG Academy for personal reasons, leaving giant holes on offense and defense that Phoenix will need to fill. That means a hefty load for Diana Taurasi who, at age 38, is playing like she’s in her prime. Since Griner’s departure, Taurasi has been one of the best players in the league.

The Mercury also have guard Skylar Diggins-Smith, who ranks third for the Mercury in points per game behind Taurasi and Griner, with Hartley coming in fourth.