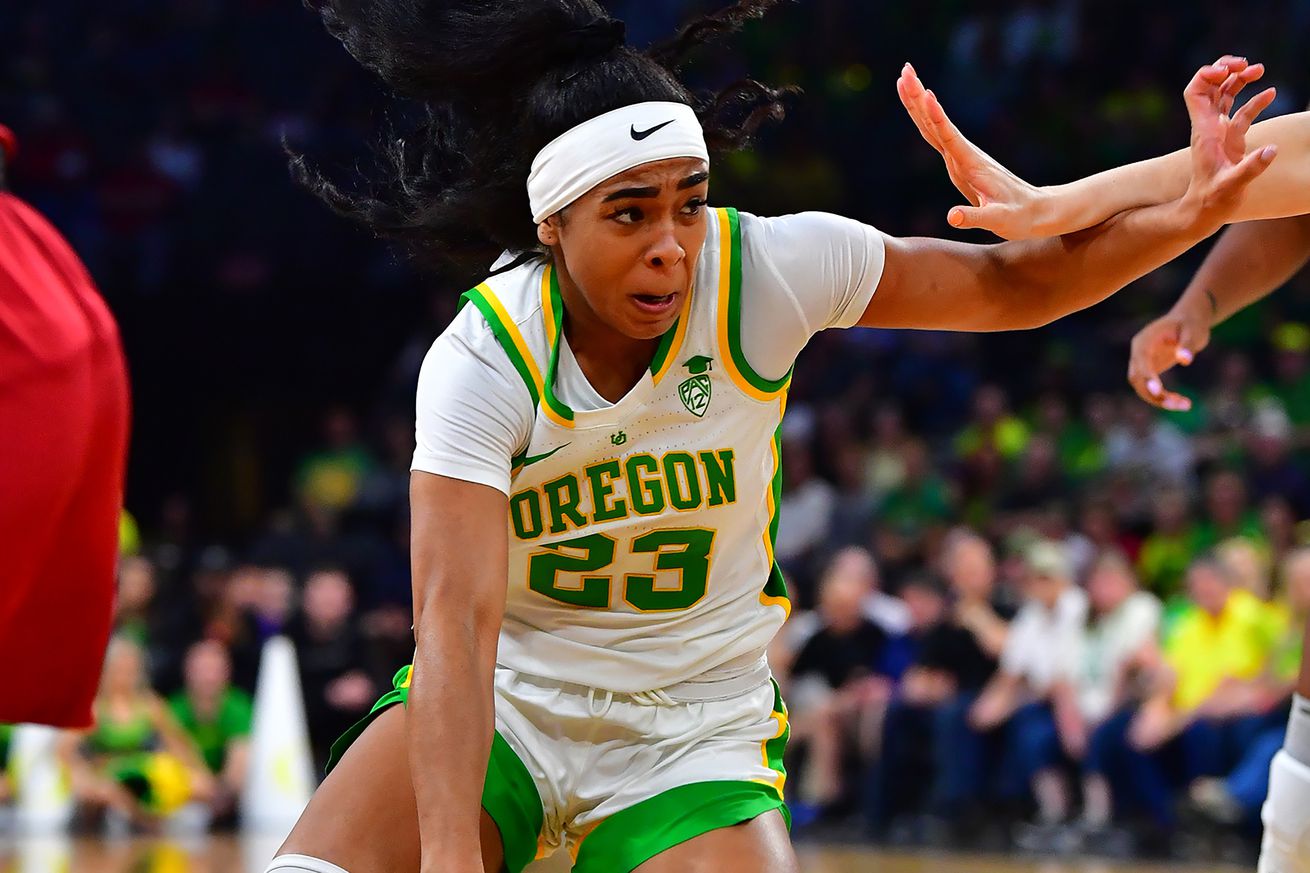 For the second time in program history, the No. 3 Oregon Ducks have won the Pac-12 Tournament, doing so in dominant fashion over the No. 7 Stanford Cardinal.

The No. 3 Oregon Ducks won the Pac-12 Tournament by exacting revenge over the No. 7 Stanford Cardinal in an 89-56 blowout.

The Cardinal beat the Ducks in last year’s contest.

Elsewhere in the Pac-12, the California Golden Bears pulled off a first-round upset by beating the No. 24 Arizona State Sun Devils. In a second-round, fourth-quarter comeback, the No. 8 UCLA Bruins got past the USC Trojans and into the semifinals.

Leading to its fateful match with Oregon, Stanford held a 25-10 first-quarter lead in its their quarterfinals matchup with the No. 14 Oregon State Beavers, and never looked back — winning easily.

The Ducks and the Cardinal easily handled their opponents in the semifinals, knocking off the Wildcats and the Bruins, respectively.

In the prize round, the Ducks trailed by three points after one quarter but proceeded to dominate the game. Oregon shot 56 percent and held Stanford to 32 percent shooting from the floor. Ruthy Hebard led all scorers with 24 points but senior Minyon Moore was the story of the game. Moore contributed a season-high 21 points on shooting 4-of-5 from beyond the arc. Sabrina Ionescu finished 20 points, 12 assists, and eight rebounds.

The win all but seals Oregon’s fate as a No. 1 seed in the NCAA Tournament’s Portland Regional.