Preview: Bonner and the Sun in first-time showdown vs. Taurasi and the Mercury 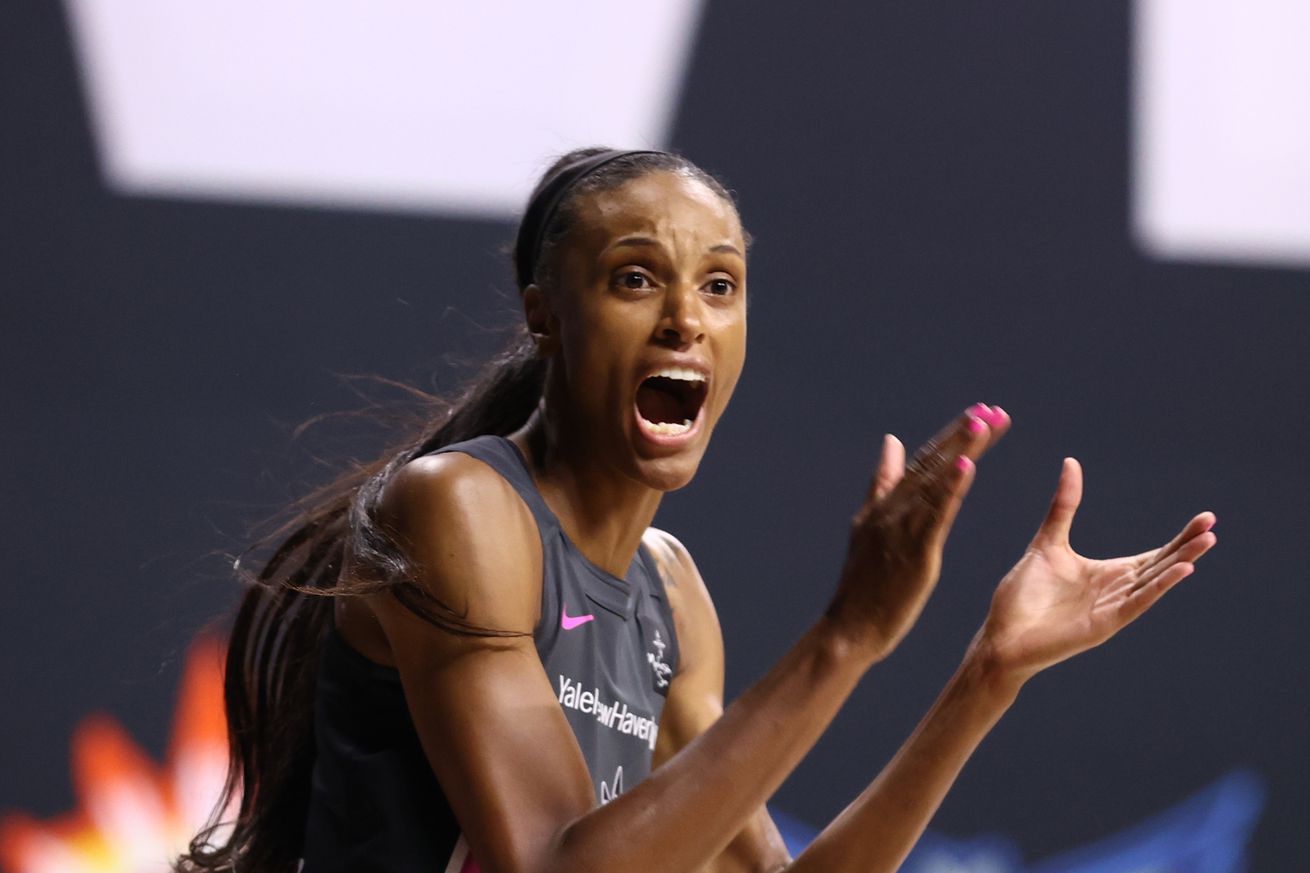 DeWanna Bonner left behind a truly great legacy in Phoenix. Now she’s the No. 1 scoring option for the Connecticut Sun. | Photo by Ned Dishman/NBAE via Getty Images

The 9-10 Connecticut Sun take on the 12-7 Phoenix Mercury Monday night in what will be DeWanna Bonner’s first-ever showdown against her former teammate Diana Taurasi. The pair, who won two championships together, will be fierce competitors for their respective teams.

The seventh-place Connecticut Sun will clinch a playoff spot if they defeat the fifth-place Phoenix Mercury tonight at 6 p.m. ET.

Phoenix, which has already clinched a postseason appearance, is on a six-game winning streak and only two of the wins were not by comfortable margins. Meanwhile, the Sun have won three of their last four and are coming off a blowout win against the Indiana Fever.

Sun forward DeWanna Bonner is facing her former team for the first time in this matchup. Bonner played in Phoenix for 10 years before being traded to Connecticut in the offseason. She won the 2009 and 2014 WNBA championships, was named Sixth Woman of the Year three times and made it to the All-WNBA First Team once while playing for the Mercury. She also made it to the All-Star game in three of her last four seasons in Phoenix and the year she didn’t was 2016 when no All-Star Game was held due to the Rio de Janeiro Olympics.

Bonner would have been an All-Star again this year if a game was held. She is averaging the most rebounds (7.7) and steals (1.9), second-most points (18.9) and third-most assists (3.1) of her career. And when it comes to her overall impact and intangibles, she may be at her best. She has slipped into a leadership role as a team’s best player with ease after backing up the star power of Diana Taurasi and Brittney Griner in Phoenix.

Taurasi, who is now in her 16th season with the Mercury, had been on fire until she was held to nine points against the New York Liberty on Saturday. And Phoenix’s new star, Skylar Diggins-Smith, who has replaced Bonner as one of the faces of the team, has scored 58 points over her last two contests and at least 20 points in each of her last five. If Taurasi and Diggins-Smith can stay hot, the Mercury should be the favorite in this one.

Tonight’s game is a rescheduled contest and the two teams will meet again on Wednesday, Sept. 9, at 7 p.m. ET.

How to watch: CBS Sports Network and NESN

Key to the matchup: Points in transition. Phoenix has strong advantages in field goal percentage (46.7 to 42.9) and 3-point percentage (36.4 to 31.1). But Connecticut has the edge in turnover margin (2.1 to -0.8) and steals per game (9.6 to 6.9). If the Sun can get a lot of steals and run in transition they may have a chance to win. They need to convert turnovers into points because the Mercury are the superior all-around offensive team (87.6 points per game to 79.6).