Sabally, a junior, will jump to the WNBA with seniors Ionescu, Hebard 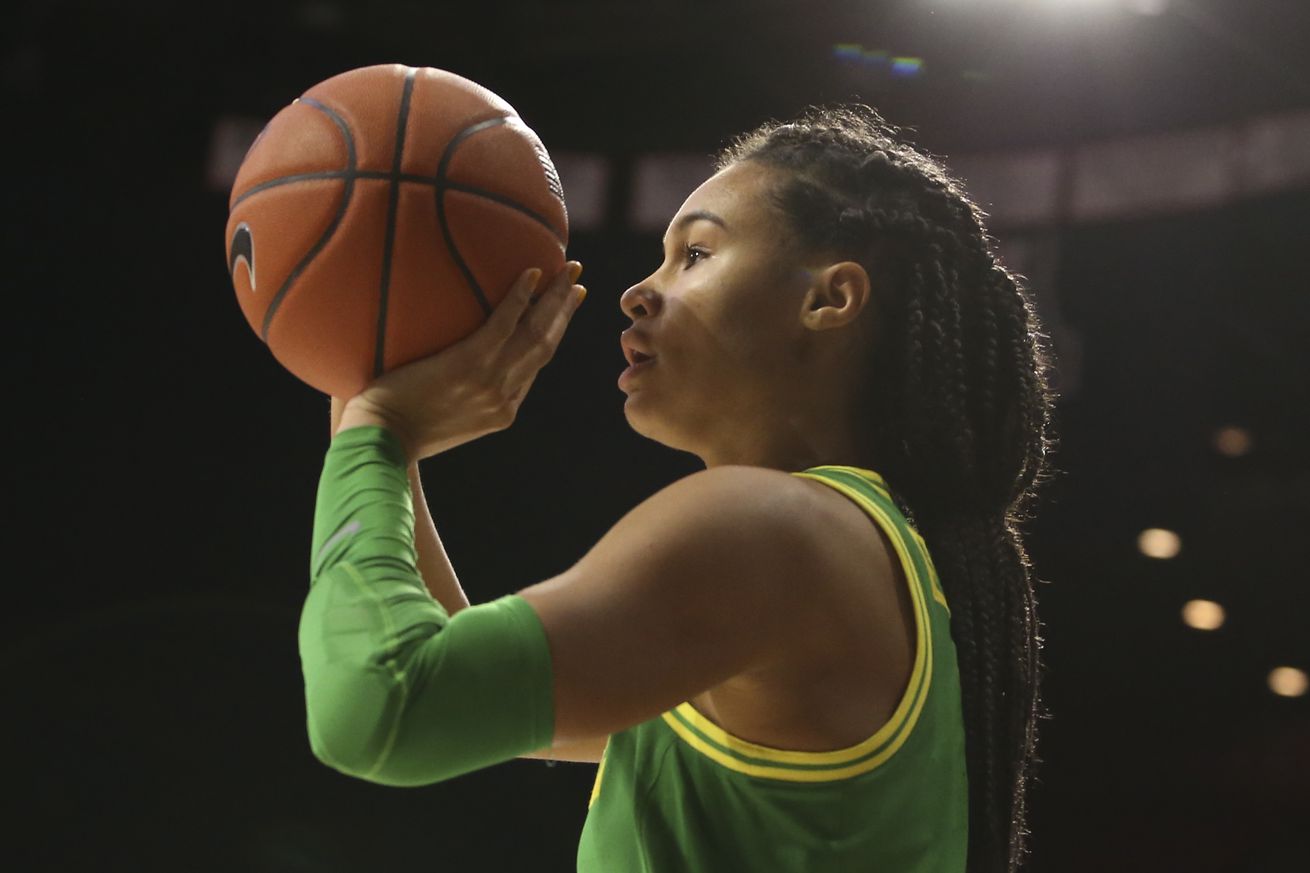 Satou Sabally is a versatile post player who could be a star in the WNBA. | Photo by Jacob Snow/Icon Sportswire via Getty Images

Junior forward Satou Sabally hopes for big things the rest of the way with her No. 3 Oregon Ducks but plans to forego her senior year and enter the WNBA Draft this April.

Satou Sabally, a junior forward for the No. 3 Oregon Ducks, has announced she will be entering the WNBA Draft after this season, which means she will not play her senior year in Eugene, Ore.

Sabally is one of the most gifted players in the country but her stats may not impress — she plays with reigning Wooden Award and Wade Trophy winner Sabrina Ionescu and dominant inside force Ruthy Hebard, both seniors

Even with the superstars by her side, however, Sabally is averaging 16.0 points and 7.4 rebounds per game. At 6’4”, she has the ability to drive and knock down 3-pointers.

Here’s what Phoenix Mercury guard Skylar Diggins-Smith had to say about Sabally after playing against her with the USA Basketball Women’s National Team on Nov. 9:

Satou Sabally was the most league-ready (body, athleticism, composure, 2-way player, etc.) we faced on the college tour so far. IMO

Sabally’s announcement comes amid a phenomenal regular season for the Ducks, who sit at 24-2 overall and 13-1 (first place) in the Pac-12. They entered the season as the favorites to win the national championship and are still among the front-runners.

In an interview on Thursday with espnW’s Holly Rowe, Sabally said of her decision to declare early:

My family is not that financially rich or in the middle class, so I feel like just helping my mom out, my parents.

At the end of last season, Ionescu decided not to enter the WNBA Draft, saying she had unfinished business after Oregon lost in the Final Four to the eventual champion Baylor Lady Bears. Ionescu’s return, plus the talents of Hebard and Sabally, made the Ducks the preseason No. 1 team in the nation.

Highlights: Sabally lights it up against Team USA

With Sabally declaring for the draft early, this really is the last ride in the NCAA for the three Oregon stars.