Boxer Kellie Harrington on the move!

Kellie Harrington is a name long familiar to fans of Irish women’s boxing, but in the last 12 months she has stepped right out into the mainstream. The World Champion has just added European Boxer of the Year to her bling collection.

I could write a post about her success in the boxing ring. But this post is more inspired by a moving speech she gave when accepting yet another award: the Irish Times/ Sport Ireland Sports Woman of the Year. It’s an insight into what drives a woman with a rewarding job in a psychiatric hospital to keep training and competing, keep her ambition burning until the time was right for that 60kg slot to open up on the Irish team.

In a beautiful speech she talked about how coming from an area in Dublin with a reputation for crime and problems has inspired her. She talked of how you only ever hear bad things about Dublin’s Inner city, and she wants to change that. 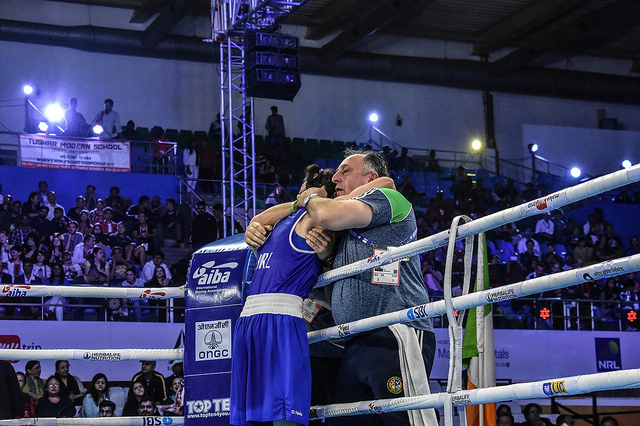 Kellie said: “It’s not doom and gloom where I’m from.” She described how some of the young kids run with her when she jogs the streets, and you can imagine what an inspiration she must be to them. The huge turnout for her homecoming in Dublin after winning the gold medal with AIBA in November was testament to her influence.

” You know you’re influencing other people’s kids. The amount of girls and kids with IABA since the homecoming and to know that I’m part of that is fantastic. When you win the kids see that, it’s fantastic,” she said. 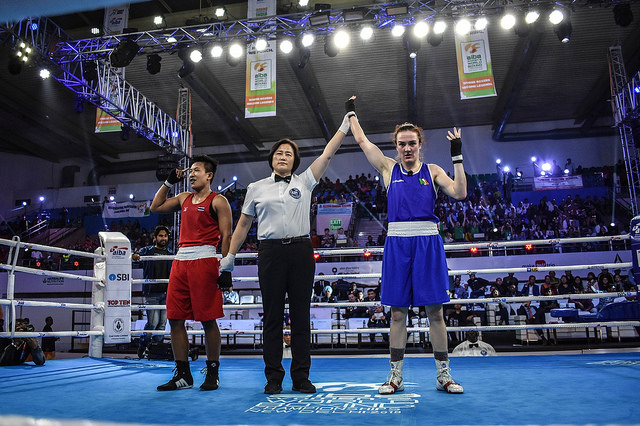 Kellie works at St Vincent’s Psychiatric Hospital, and often talks about how the patients keep her grounded. Anytime a journalist asks, and now, will you quit working now? She says no, and you imagine she will still be working there with an Olympic gold around her neck … one day.