Remembering Gigi Bryant and her love for the game 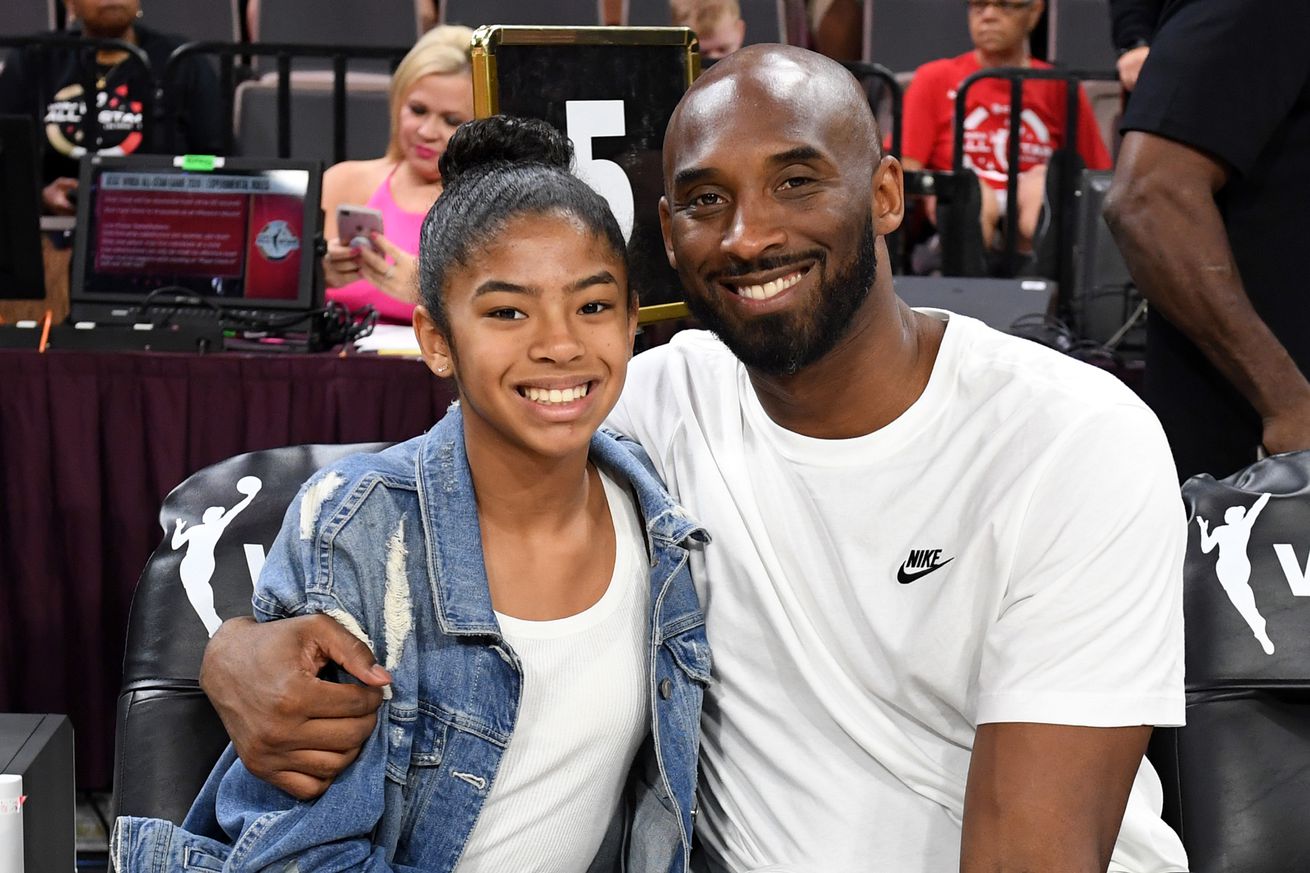 Gigi Bryant and her dad were all smiles as they sat courtside at the 2019 WNBA All-Star Game. | Photo by Ethan Miller/Getty Images

On Sunday, the basketball world not only lost a legend in Kobe Bryant but a future star in his 13-year-old daughter, Gianna. We remember Gigi Bryant and her infectious passion for basketball.

The basketball world lost NBA legend Kobe Bryant and future star Gianna Bryant. Kobe and 13-year-old Gigi were on their way to the Mamba Cup, a two-day tournament organized at Mamba Sports Academy, when their helicopter crashed, tragically taking their lives and those of seven others.

While Gigi’s stardom was not guaranteed, it was easy to imagine her one day spending some time in Storrs, Connecticut. It was her dream to play for UConn and head coach Geno Auriemma before eventually making Staples Center her basketball home, wearing purple and gold for the Sparks just as her dad did for the Lakers.

In December, I optimistically envisioned as much, suggesting how wonderful it would be if those in Los Angeles one day obsessed over another Bryant who raised banners.

With the Bryant name and Mamba blood, Gigi could have attracted the attention that would have allowed women’s basketball and its players to penetrate sports culture once and for all.

The magic of social media made such an exciting, intriguing possibility imaginable. We increasingly saw evidence of the Mambacita’s developing skill set. She often was in the lab, precisely practicing the footwork and fadeaways the Black Mamba himself made famous. When she suited up for Mamba Academy, she carried herself with a strikingly familiar confidence.

Dear Kobe, We had plans to make the world better for our daughters. A world where girls and boys can have the same dream. You’ve touched every person in the world that’s ever played the game of basketball. You showed us that a ball can connect all of us and make us forget about how different we are. To GiGi you light up the gym every time you walk in. We love you and we’ll carry you with us every time we touch the court. Your LEGACY lives on through all of us. Our thoughts and prayers go out to the Bryant Family @kobebryant @overtimechloe

Gigi inherited her dad’s passion and persistence, bringing him back to basketball even as he had intended to distance himself from the game and instead conquer other cultural arenas. But Gigi was a ready and willing prodigy. On Instagram, Jewell Loyd, the Gold Mamba, shared that she and Kobe discussed Gigi’s burgeoning quest to be the best, writing:

The talks we had about Gigi & how she was the mini version of you. How it scared you because she already had your drive at such a young age.

In recent years, Gigi frequently was spotted sitting courtside with her dad, always smiling as she studied the stars of the NBA, WNBA and women’s college basketball. Her evident love for the game was infectious.

What do y’all think Kobe is sayin to GIGI

Tributes from those who met Gigi testify that she was more than just Kobe’s daughter. She was a hooper seemingly destined to make her own impact on the sport. Trae Young, one of Gigi’s favorite players, recently expressed his admiration for her game, telling reporters after the Atlanta Hawks played the Lakers in L.A., “It was crazy, because he told me his daughter is a huge fan of mine and I’m one of her favorite players. It’s kind of crazy, because I’ll be watching her highlights, too.”

Her success could have worked wonders for the women’s game. With the Bryant name and Mamba blood, Gigi could have attracted the attention that would have allowed women’s basketball and its players to penetrate sports culture once and for all. Whether playing for UConn or in the WNBA — or even in the NBA — it would be Gigi who would definitively prove that girls and women are fierce ballers deserving of equal respect.

As Kobe related to Jimmy Kimmel in the fall of 2018, Gigi was more than ready to assume such a mantle, insisting to those that suggested Kobe and wife, Vanessa, need a son to continue his legacy, Gigi would respond, “Oh, I got this.”

In an Instagram tribute, Nneka Ogwumike eloquently captured all that Gigi, guided by her dad, represented for women’s basketball:

So much about him & her were UNREAL: a legend grooming his legacy in another young legend, his impact in sports & the world, her impact on women’s basketball, his love & support for her that permeated the space of women in sports, her genuine love for the game & for him. There’s a revolution and he saw it coming. He knew what his young queen would do & he knew where our game is going. She knew what she had to offer the world & the game.